Researcher Antti Ronkainen does not have an unreserved attitude towards the recovery fund and borrowing. According to him, politicians did not bring out enough changes about possible changes. 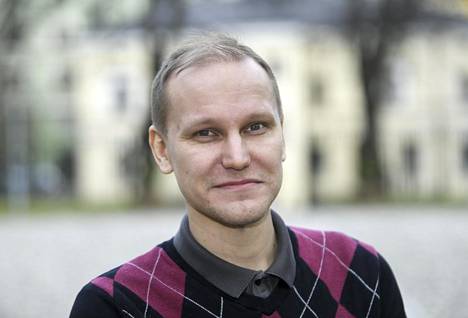 Finland is currently negotiating with other EU member states on the EU's next seven-year financial framework and a EUR 750 billion recovery fund. EU leaders met face-to-face on Friday for the first time since the onset of the corona crisis. The meeting will continue over the weekend.

The compromise proposal of the President of the European Council, Charles Michelin, would distribute a total of EUR 500 billion in grants and EUR 250 billion in loans to the Member States. The EU is borrowing for this package.

Finland's lines for the weekend meeting have been repeated in public. Finland has outlined its desire to reduce the size of the recovery instrument and increase its loan weight. In addition, Finland wants the repayment of the loan to be agreed upon in the ongoing negotiations.

Dissertation researcher Antti Ronkainen from the University of Helsinki lists three more technical issues that he says should be given careful attention. Ronkainen reminds that these issues may be involved in Finland's negotiation tactics, but it has been decided not to tell them in public.

The first is the decision-making process regarding the distribution of subsidies. The negotiations must decide how large a majority in the European Council is needed in order for individual support for a Member State to be approved.

Secondly, attention must be paid to the criteria on which the aid is determined.

- The Commission's original proposal took into account the unemployment figures before the interest rate crisis, which is in no way justified if the idea of ​​the fund is to respond to the effects of the interest rate.

Ronkainen considers conditionality to be the third important thing. Member States shall agree on the conditions under which the aid is granted. It will be decided whether to receive the aid, for example, for some restructuring.

At a press conference on Thursday, the chair of the Grand Committee, Satu Hassi (Green), emphasized that the committee would exercise close scrutiny so that subsidies were not used for purposes for which they were not intended. The board must follow the committee's policies.

EU leaders met face-to-face for the first time since the onset of the corona crisis.

There was not enough talk about EU change

These issues may therefore be in Finland's negotiating work package, but there was no desire to make them public. That is understandable, as it has not been the custom to disclose all views in public before negotiations. However, what Ronkainen said should have been talked about in public is the changes in the EU due to joint and several debt.

- In Finland, the main discussion has been whether the recovery fund complies with EU law and the Finnish Constitution. In addition, there should have been more open discussion on the fundamental issues of the Recovery Fund and the EU's common debt.

Ronkainen sees that the perspective must be sought from a little further - namely from Brexit. Britain opposed all political integration in the Union.

- Now that the UK is gone, debt is being put into both the budget and the recovery fund, creating pressure to build a fiscal union. The amounts are not significant in monetary terms, but politically, in principle and historically they are, Ronkainen says.

This debate has not taken place because the voice has been experts and not politicians, says Ronkainen. Politicians should have brought this up.

Similarly, Ronkainen considers politicians to be aware of the choice to focus only on the recovery fund, even though there is also a multiannual financial framework at the weekend's negotiating table. Less attention has been paid to the fact that debt is taken not only for the fund but also for the budget.

- Due to the interest rate crisis, 750 billion of debts are being taken up, of which 130 billion will be used to increase the budget. It will increase cohesion money, agricultural subsidies, border control, environmental subsidies and put more money into research and innovation.

- Two decisions of principle are now being taken by creating a crisis instrument with debt and financing the budget with debt. Although it is now said that this is a one-off and due to a global pandemic, in the future, budget negotiations will again have to decide whether to increase membership fees, cut cohesion funds and agricultural subsidies, or take on more debt. Additional debt can then again be an attractive option.

- If, for example, the next euro crisis comes, it will be easier to create a similar instrument.

Ronkainen estimates that the most important thing for Finland is that the share of agricultural subsidies in the financial framework will be maintained. It is likely if joint borrowing is agreed.

Ronkainen believes the countries are really trying to get a solution over the weekend. However, the general assumption is that a second summit will be held if no decision is reached. German Chancellor Angela Merkel and President-in-Office Michel have recently met actively with other leaders in the Member States, and telephone lines have been hot among other Member States.

- If the second summit fails, it would be a serious damage to the Union's reputation. The corona measures should be decided as soon as possible, because by the end of the year a free trade agreement between the United Kingdom and the EU should also be agreed, Ronkainen concludes.