Two people had just been and refueled with their boat at Skeppsbrofjärden in Västervik when it suddenly started to burn. People who rode scooters nearby came to the rescue quickly and they are now being praised by the rescue service. 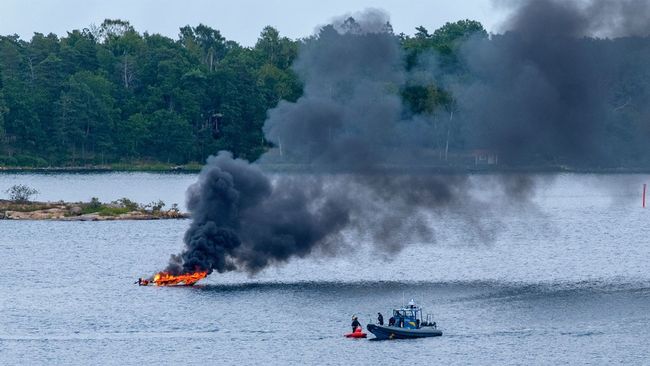 - They didn't even have to jump in the water. It was fantastic intervention by the public, I really want to praise it, says Jacob Sundell, interim leader at the rescue service in Västervik.

It was at 17 o'clock on Sunday that the rescue service received an alarm about the boat fire.

- There were both fuel and gas in the boat. We kept people and boats away while it was burning, says Jacob Sundell.

After a while, the engine exploded and the rescue services realized early on that the 6.5 meter long boat would sink.

- The outcome was good. It's just a shame that the boat sank from an environmental point of view, Jacob Sundell summarizes the incident.