The sentence amount for the retrial in Park Geun-hye case is greatly reduced! More than three years, haven't waited for the final result?

China News Service, July 10 (Liu Cong) On the afternoon of July 10 local time, the Seoul High Court in South Korea issued a sentence for the rejection of the retrial of the former South Korean President Park Geun-hye’s affair and bribery case, and sentenced him to 20 years in prison and a fine. 18 billion won.   Trial, appeal, re-sentence, re-issued for retrial... Park Geun-hui has spent more t... 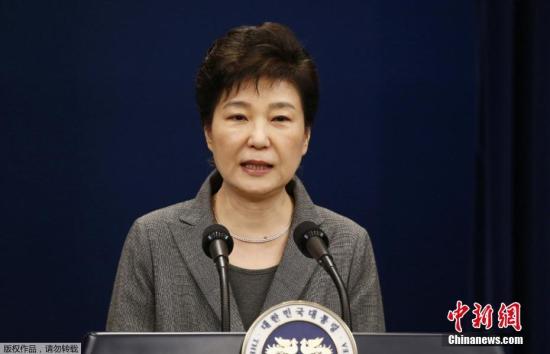 China News Service, July 10 (Liu Cong) On the afternoon of July 10 local time, the Seoul High Court in South Korea issued a sentence for the rejection of the retrial of the former South Korean President Park Geun-hye’s affair and bribery case, and sentenced him to 20 years in prison and a fine. 18 billion won.

Trial, appeal, re-sentence, re-issued for retrial... Park Geun-hui has spent more than 1,000 days and nights in prison. For her, this trial may still not be the final result.

The penalty is greatly reduced!

Compared with the 30-year fixed-term imprisonment sent back to last year before the retrial, which was a fine of 20 billion won and a recovery of 2.7 billion won, the sentence was significantly reduced.

Among them, according to the purpose of the Korean High Court in rejecting the retrial, the Seoul High Court declared Park Geun-hye’s part of the coercive crime and abuse of power to obstruct the exercise of power suspected as innocent.

When he was released from prison or he was 90 years old?

The three cases involved in Park Geun-hye are: the Congxin Qiangzheng case, the National Intelligence Service bribery case and the illegal involvement in public referral cases.

Among them, Park Geun-hye has been sentenced to 2 years in prison in a case of suspected illegal involvement in public referral.

Coupled with the two retrials in this merger, Park Geun-hye is likely to be sentenced to a total of 22 years.

Five months ago, more than 3,000 Park Geun-hye supporters gathered outside the Seoul Detention Center to hold a birthday celebration for her. On this day, Park Geun-hye celebrated his 69th birthday in prison.

At present, it seems that Park Geun-hye was over ninety when he was released from prison.

Park Geun-hye lost judicial immunity due to impeachment in March 2017, and was detained in the detention center on the same month; on April 17, 2019, he was transferred to serve his sentence.

During the three-year period, while trial, appeal, re-sentence, and return to retrial, Park Geun-hye lived in isolation from the world while in prison.

Not only did she refuse to meet with her family, but all politicians and ordinary people also refused. She only met with lawyer Liu Rongxia twice a week.

Although there is a TV in the single cell, Park Geun-hye has never seen it. She does not read newspapers, and she can only read the English dictionary brought by Liu Rongxia. And the prison does not allow Park Geun-hui to contact other detainees.

Park Geun-hye in prison has been suffering from illness. In September 2019, she left the detention center to go to an external hospital for shoulder surgery and was hospitalized for 78 days for rehabilitation.

The trial meets the final result?

This trial may not be the final result for Park Geun-hye.

From top to bottom, the Korean judicial system is divided into three levels, the Grand Court, the High Court, and the District Court, which are equivalent to the Supreme Court, and the third-instance system is implemented.

It is reported that after the Seoul High Court pronounced the sentence, if Park Geun-hye refused to accept the verdict, he could still appeal to the Supreme Court of South Korea.

However, South Korean TYN TV reported that Park Geun-hye may not appeal the trial results, and South Korean prosecutors may reopen the controversy in the South Korean Supreme Court on the part of the acquittal.

At present, Park Geun-hye has not responded to the results of the trial. (Finish)