British Prince Andrew’s attachment to the sexual offense is getting worse and tarnishing the court’s reputation. Prince William and his family have built an image to help. 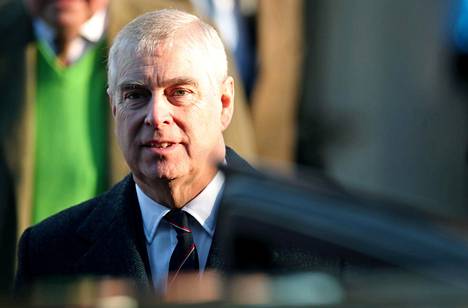 In recent days, British Prince Andrew has become increasingly involved in the sexual crime scandal of the late businessman Jeffrey Epstein. The prince’s lawyers are stuck in a juupas-no-debate over how the cooperative prince has been in solving the tangle of crime. The parties' views differ completely: the prince's lawyers are of the opinion that the United States did not respond to calls and emails, while the US party believes that the prince has been avoiding hearing for months.

The Epstein tangle and bloating scandal are widely talked about in public. The British Prime Minister, Boris Johnson, had to take a stand on this last Friday, saying that it was up to the royal family to resolve the dispute over the prince.

“Everyone’s sympathy is on the side of the victims of Epstein, but you can’t expect me to comment on things about the royal family,” Johnson said on a broadcast on LBC radio.

Prince Andrew’s alleged contribution to the ensemble is related to sexual intercourse with minor Virginia Giuffre (Roberts) at the time and to what he knew about the actions of Epstein or a close associate. The Prince has denied guilty of any criminal or inappropriate. Epstein, a longtime member of the prince's circle of friends, died in prison a year ago. Death has been considered suicide.

The story also involves Epstein's British friend, social activist Ghislaine Maxwell, who is believed to have recruited girls and women, among others, to be exploited by Epstein. He has also belonged to Prince Andrew's close circle of friends, and therefore the court fears Maxwell's possible revelations about the prince. Maxwell is currently awaiting a trial in custody in New York. Maxwell's release on bail is due to be heard in court next Friday, but prosecutors have already announced in advance their opposition to the bail application. Maxwell has denied the allegations against him.

In addition to her son, Queen Elizabeth has other sorrows: The Queen’s corona epidemic isolation has lasted for months and is likely to continue to do so. The queen, who is over 90, is naturally at risk, as is her nearly hundred-year-old husband, Prince Philip. So the queen follows from the sidelines as her son’s actions and knowledge are debated in public on both sides of the Atlantic.

Under normal circumstances, the ceremonies and public events surrounding the royals arouse interest and gain positive visibility in the media. Hovi is also able to skillfully utilize positive publicity and shift attention away from nasty things with well-timed outputs.

Now the airspace of royal news is repeatedly dominated by the prince’s increasingly dubious reputation as the royal family, and in particular its front-runner queen, is forced to limit its appearances and encounters with the public because of the corona epidemic.

Parade at a modest cost

In times of crisis, the royal family has traditionally been a strong contributor to the nation’s common spirit and set an example of survival.

Now the Queen has not been seen for months but in one public event, on her official birthday in mid-June. At the time, a "mini-parade" applied to corona conditions was held in Windsor Castle Courtyard in honor of the Queen's 94th anniversary.

Usually, grand parade spending with Air Force overflights will be held in London around Buckingham Palace by the entire Royal Family, but this year it had to be canceled due to the epidemic situation. The parade, which previously gathered large audiences, has been canceled only because of the world wars and the 1955 general strike.

Indeed, Hovi has had to drastically change its publicity strategy and shift its appearances to social media and online events. Britain is beginning to wonder whether the term of 94-year-old Queen Elizabeth, who has ruled for nearly seven decades, will end so that she will be more or less isolated inside the walls of Windsor Castle until her death.

Prince Harry and Meghan Markle at their Canadian home in January 2020.

According to Hokema, royals must appear in order to be credible. Thus, the action has been taken especially by Prince William and his wife, Duchess Catherine. Among other things, they have been in many ways showing solidarity with burdened healthcare workers and holding various online meetings with the public. The couple has wanted to protect their three children from the public, but during the Korona period, children have also performed and fumbled with pictures and videos more often than usual.

The Queen has also introduced, among other things, video calls and given a rare television speech to encourage Britons scurrying in the crown of the corona.

Unusual times have made the royal family exceptionally informal. Prince William, who recently celebrated his birthday, and his father, Prince Charles, posted a photo on Midsummer weekend in which father and son hugging each other with laughter. The picture was taken by Catherine.

- This broke the royal internet, described the positive reactions evoked by the photo.

The representation duties of the royal family have started a little quietly, but the queen is hardly seen in them right away. In his place, princes Charles and William and their wives receive heads of state and other dignitaries. Princess Anne and the Queen's youngest child, Prince Edward and his wife, will also continue in various representations.

Prince Harry and his family, meanwhile, live their private lives in Los Angeles 8,700 kilometers from London and, with their withdrawal from royal duties, have caused all sorts of annoyance to the royal family. Not least because his wife Meghan Markle’s difficult relationship with the public and the court has been in the woods again recently in the media around the world.