Four city dwellers stand alternately on the shores of Töölönlahti Bay in the worst of all weather. They know they are interfering in the cycle of nature, but still want to try to save Aino and her chicks. 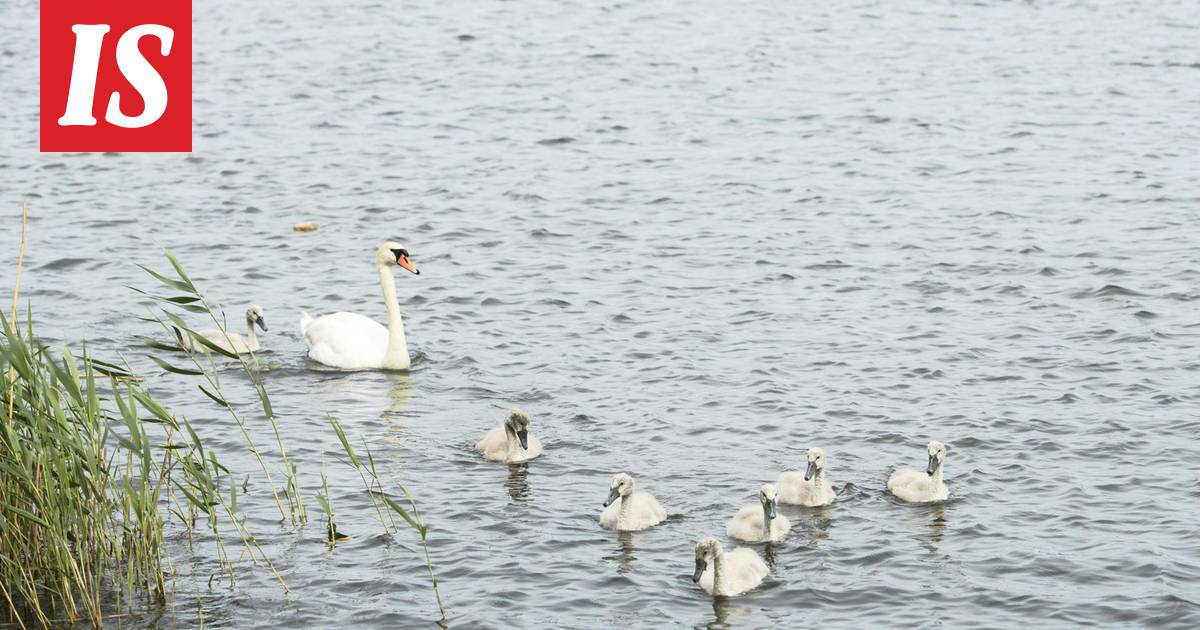 When there is rain or a strong wind in Töölönlahti, a message slips into the four-person Whatsapp group. Who would have time to stand on the beach now to watch the Aino swan and chicks nesting there?

“It’s a really tough job,” admits HS to one of those communicating in the Whatsapp group.

He doesn’t appear in this story by his name, because watching the swans makes many feelings heat up. He says he does not want to profile himself as a savior of wild animals, but that it is an attempt by the townspeople to protect the Aino swan and its chicks.

It all started a few weeks ago when Aino-swan's spouse Alvar was taken to Korkeasaari. Alvar, who was in poor condition, ended up quitting because it would no longer have made it to the bay.

What remained were Aino and the chicks and a swan couple living north of the bay. The neighbors soon proved dangerous. As a territory-conscious, the other couple’s dog seeks to eliminate his rival. Without Alvaria, Aino and the little chicks are insecure and in danger of being drowned by their neighbors.

“That’s why we stand there in the rain,” the guard says.

During good weather sup-snowboarders and other Gulf of movers will take care of the fact that the northern side of the male remains in its own territory. In the rain, however, the situation is different. People are shivering, swans are staying.

To prevent the tragedy, the active townspeople decided to take turns guarding the bay. The watchman stands on the beach next to the rowing boat and waits. If the situation looks bad, the guard jumps into the boat and paddles to the swans. That’s enough to get your dog back to the north side of the bay.

“So there’s no need to chase it in any way,” the guard clarifies.

The watch shift usually lasts two to three hours. It is undeniably a long time to stand in the rain, but dressing in layers will make it clear, and the result of the work is worth the effort.

"If such passive action can keep seven boys alive, then I think it's at least incredibly great."

Watchmen know they are interfering with the cycle of nature. Attacks on a swan dog against Aino and the chicks are natural, but at the same time, the drowning of a family of swans left unprotected after Alvar’s death would be a cruel fate. However, man has already intervened in the lives of the swans in Töölönlahti by stopping Alvari, the guard reminds.

"That's where the man got in, so it's a good idea that now we're doing what we can to make Aino's chicks survive."

Watch shifts are held as long as the chicks are too small to defend themselves. So there is still at least a week to come, during which the active people are ready to put on their waterproof layers and leave for Töölönlahti. They hope that other volunteer guards will join the ranks.

"It's a really impossible project, but so far we've succeeded."