In the News: Concern Grows in the United States on the Eve of National Day

In the News: Concern Grows in the United States on the Eve of National Day California closed its bars, restaurants and beaches on the eve of Independence Day, American National Day. AP / Jae C. Hong Text by: Eliott Brachet Publicity Read more The coronavirus continues its race in the United States. Particularly in states which, until now, have been fairly spared. California closed its bars, re... 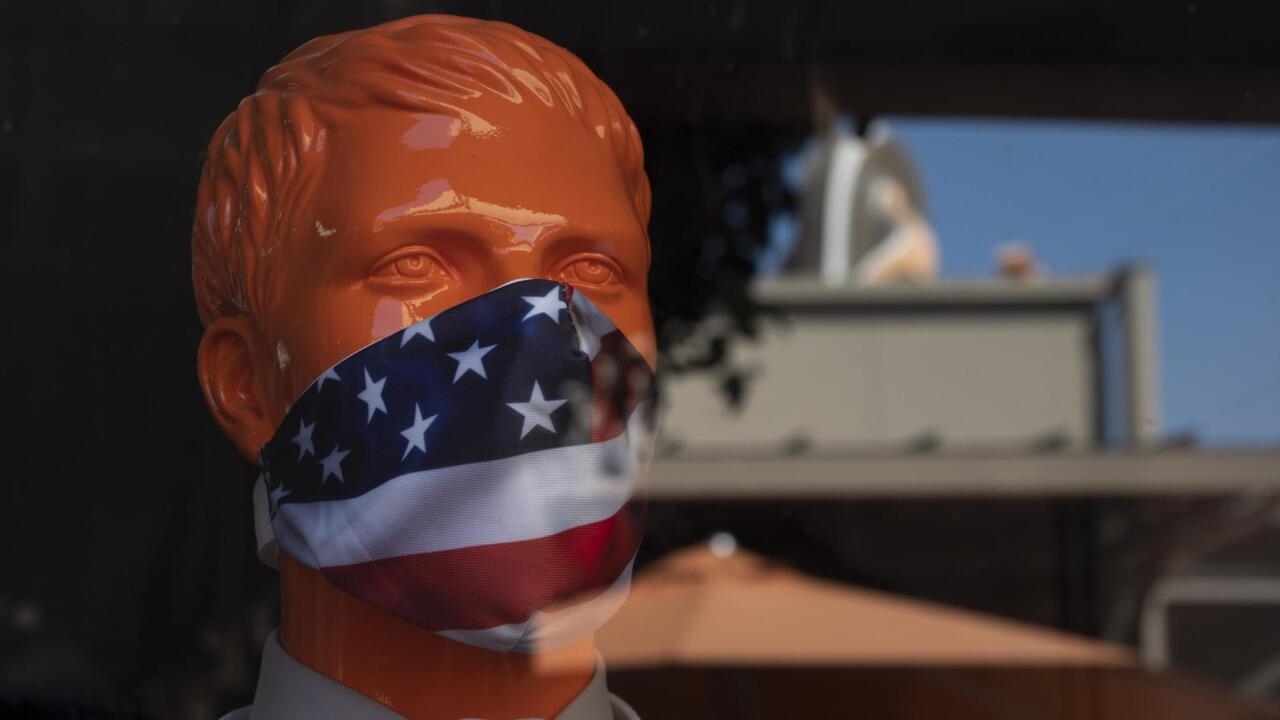 In the News: Concern Grows in the United States on the Eve of National Day

The coronavirus continues its race in the United States. Particularly in states which, until now, have been fairly spared. California closed its bars, restaurants and beaches on the eve of Independence Day, American National Day. State hospitals are overheating. The San Francisco Chronicle calls on its readers to stay home: “  Let's not celebrate July 4 as usual. This is not the time for festivals, parades and shows. This is a serious hour and lives are at stake. Stay at home and watch Netflix, ” read an editorial.

While in Texas the wearing of a mask is now compulsory, the lines of cars lengthen in front of the screening centers. The photo of a streamer of 4x4 vehicles in Austin makes the front page of the New York Times . We also learn that Vice President Mike Pence canceled his visit to Arizona because a secret service agent who was supposed to travel with him tested positive for coronavirus.

The concern also spreads to the neighboring country. In Mexico, the Milenio newspaper confirms that the state of Sonora will temporarily close its border with the United States, before the explosion of contamination.

"  No, Mr. Trump, the virus is not under control. He's the one in control,  ” headlines the Washington Post in an editorial . The management of the health crisis by the American president is criticized in numerous press titles. For Politico , it was one week too many for Donald Trump, the one who “shaken” his campaign. The newspaper The Hill adds: "  four months before the presidential, Trump may have reached a breaking point  ." He is criticized for his reaction to the health crisis, but also for his positions deemed too "  divisive  " on anti-racist demonstrations. Even in the Republicans camp, dissident voices are beginning to rise, continues The Hill . The latest national polls give him 10 points behind competitor Joe Biden.

The New York Times portrays Donald Trump's disappointed voters. The New York newspaper warns that the President maintains a solid base of voters for the November polls.

This is a very commented reversal in the local press. Nicolas Maduro has reversed his decision to dismiss the European Union ambassador following sanctions taken by the 27 against Venezuelan officials. Quoted by the online newspaper Tal Cual , the successor of Hugo Chavez felt that it was "  smarter  " not to finally dismiss Isabel Brilhante Pedrosa. The president prefers not to fall out with the European Union, wishes to "  keep  " and "  deepen  " the dialogue with the Old Continent, explains Ultimas Noticias , a newspaper close to the government.

In Colombia, the newspaper El Espectador considers that this dismissal would have been a "  serious error  " for Maduro, insisting on the diplomatic isolation of Caracas. "  Maduro is not only at war with the Venezuelan opposition, but also with half the world,  " concludes El Espectador, who recalls that 60 nations no longer officially recognize his government.

In Chile, tribute to Angela Jeria, the mother of Michelle Bachelet

The Chilean press pays a poignant tribute to Angela Jeria, the mother of ex-president Michelle Bachelet, who passed away on Thursday at the age of 93. "  A wise and valiant woman  ", headlines El Mostrador, which relays the tributes that the Chilean political world, almost unanimous, has paid to this figure of democracy and human rights in Latin America. On Thursday July 2, the Chilean Parliament observed a minute of silence. The Ciper newspaper publishes a moving portrait of Angela Jeria. Anthropologist, professor at the University of Chile, she married General Bachelet, a relative of Salvador Allende who came to power in 1970. She personally knew the president of the Popular Unit before in 1973, Allende was overthrown by a military coup orchestrated by Augusto Pinochet.

Her husband dies behind bars and Angelica is taken prisoner with her daughter, Michelle Bachelet. Both were tortured by men from the military junta. In 1975 Angela and her daughter went into exile in the direction of Australia. She was prohibited from returning to Chile until 1979. Angela Jeria returned there in the 1980s to defend human rights there. She will be arrested several times again, then released. The newspaper La Tercera devotes an article to the political affiliation between Angela and her daughter, Michelle Bachelet, President of Chile between 2006 and 2014 and currently the UN High Commissioner for Human Rights.

Dominican Republic to elect next president on Sunday

Dominican voters are called to the polls on Sunday to elect a new president and renew parliament. It was an “ atypical  ” campaign  , according to the Acento newspaper , shaken by the context of a global pandemic. The newspaper welcomes the fact that the country is continuing somehow its path towards democracy. Acento regrets, however, the numerous blows, threats and intimidations which it attributes to the Dominican Liberation Party currently in power.

Despite this, Gonzalo Castillo, the foal of current President Danilo Medina, only came second in the first round. He is given a loser on Sunday. On the front page of the daily Hoy , we find the one who prances at the head of this campaign: Luis Abinader, candidate of the Modern Revolutionary Party who won 53% of the votes in the first round. The newspaper devotes an article to its last meeting: Abinader displays a serene smile, determined to dethrone the ruling party in this final stretch.