Comment: Teemu Selänne, 50, was badly misled by Finnish sports - but still grew into a great example

Teemu Selänne was a much bigger athlete and hockey player than the achievements of the first stage of his career, writes Vesa Rantanen, the head of Ilta-Sanomat's sports editorial office. Oh Teemu what you did.

You did it involuntarily, your openness and kindness, but you did it all the same.

You did it because you were so good. When Teemu Selänne broke into the NHL in 1992, he changed the game of the best series in the world with his explosive Speed.

It is very rare in any established sport that one player can be said not to have been seen before.

Your back, who turns 50 on July 3, has been, along with Jari Kurrin, 60, the most significant single leader in Finnish hockey, and as such a unique one.

Your back has always managed to be a positive ambassador of hockey and has received fans and partners with great warmth.

In the trough, the gentleman always represented skill and style, even though he defended fights. He has also been unusually open and generous. He has never clung to his own and has sought to share what he has received generously.

Now we also saw such a miracle that Selänne refused to be interviewed before his anniversary. He justified this on the grounds that since the celebrations in Finland are not held due to the corona, there is no need to give interviews.

He also refused the interviews because of the number of them, not everyone could be answered yes. And it is very difficult for Selänte to bow to one if he has to bump into another.

The family of Selänte is known for its hospitality, and the rest of us have been able to see millions of villas, a collection of cars, boats, in every aspect of a wonderful life. The California dream.

Your back has made it possible for Tiks to understand that success in the NHL can bring with it an enviably prosperous life.

All of this he has conjured up easily, with a smile on his face in the NHL stacking goals.

Alongside that, your Back involuntarily created a dangerous delusion.

In the NHL, wages have always been high, but because of Selänte's example, hockey also became a concrete way to get rich.

The approximately 57 million euros he earned as his basic salary in his career has distorted Finnish thinking. Thanks to the example of the back, the focus of many shifted a bit to what can be achieved with hockey instead of focusing on thinking about what it takes to reach the top.

Some years ago, Selänne started a new puck school, the scoring academy.

Today, many parents push their pictures onto skates and troughs, dreaming that their son will become the next Teemu: a super-rich star admired by all.

Does not come. Not even close.

The example of the back brought the jetset dimension to the raw sweat suit world of top sports, which is not just a good thing. As he wiped well and the records were shattered in show style, few stopped to think about what sacrifices had been made to the records.

There has been a lot more talk about achievements on the back than on the amount of work behind them, which, as insiders know, is as exceptional as achievements.

That is why I appreciate and in the most humble way possible thank you for the last stage of Selänte’s career, which began when, after winning the Stanley Cup in 2007, he decided to continue playing. He could have retreated - and retreated for a moment - to enjoy the nice stuff that the uncompromising, almost manic practice of the goal-scoring skill had made possible for him.

Your back changed giant salaries and number one star to double the workload and a smaller role and yet he has stressed that the more than 20 NHL seasons that ended in 2014 and the last six years of his Olympic-long career were the best time of his career.

Teemu Selänne weighed his career in November 2013 in Anaheim.

It was as if he had wanted a chicken pox after eating through the five-star buffet twice.

He rediscovered the purest and truest love for the species. For the last years, he played for exactly the same reasons as a little junior, when he spent all possible free time on the Kivenlahti field in Espoo.

It was seen at the 2014 Sochi Olympics at the latest, when every gesture in Selänte exuded a sincere joy for the gaming itself and the ancillary activities that served it.

Your back played for the sixth time at the 2014 Olympics in Sochi.

Your back was chosen as the most valuable player at the 2014 Sochi Olympics.

Your back has been an invaluable source of inspiration and a great example of hockey in Finland, but the second stage of the gaming career, 2008–14, contains the most important lesson:

In Sochi, the captain of a national team and the oldest player usually left the trough last after an ice practice.

He was selected as the most valuable player in the tournament at the age of 43 when the Lions grabbed bronze at the fifth “NHL Olympics” in history.

In recent years, Selänne has focused on its extensive operations in Finland and the United States, as well as charity and dressmaking. Who knows what else he will come up with, but for Finnish sports and especially hockey, the final stage of his career is more important capital than the splendor of the early stages.

Even behind the splendor was a little boy who always loved the sport, was hardworking and eager.

Part of the column was originally published in Ilta-Sanomat's Teemu specialty magazine, which was published on 23 May 2014. 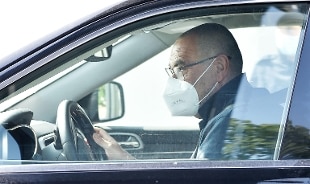