The picture of Martina made Esko Eerikäinen's Followers wonder if there is any deeper friendship between the former couple. 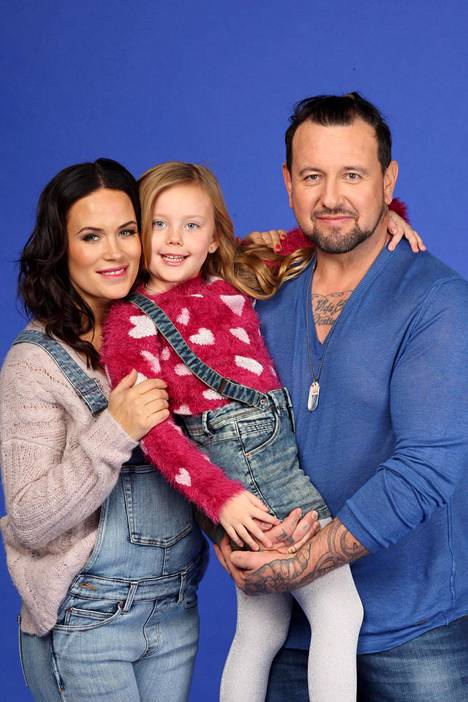 Radio presenter Esko Eerikäinen says in the stories section of Instagram that he has received a lot of curiosity about whether he is returning with his ex-wife Martina Aitolehti.

The cluster of curious messages originated when Eerikäinen unexpectedly published a picture of his ex-wife Martina and daughter Victoria, 10, at a restaurant.

Both Martina and Esko are both singles at the moment.

- This is often asked by me if you are returning together and if you could not return at all, Esko begins.

- As much as I like and care about Martina, we haven't been at that point for a long time thinking about such things.

Esko Eerikäinen and Martina Aitolehti had followed the celebrity couple in recent years until the duo ended up quarreling.

Martina and Esko were married from 2007 to 2011. Today, the former couple shares equally the parenting of their daughter Victoria.

- Two divorced people can be good friends with each other and I think our thing works better than ever during marriage. We respect each other differently, we have become friends, we talk about things differently than before, and together we raise a person to be social.

In her book, published in March, Aitolehti told how the ex-couple once resigned in turbulent characters when Martina met Stefan. The couple went on a ski trip together to Lapland, where Martina stayed to celebrate Esko for a longer time.

Esko and Martina's daughter Victoria is on her parents' shifts.

Indeed, the ex-couple have later said in interviews that the shared strong love for their daughter helped them stay warm over the years as well. Today, Victoria is on her parents' shifts.

- I am now disappointed to say that there is no going back together - neither now nor ever. Martina is a very good person and mother, but we will not become a couple anymore, Esko says.