Fighting against the people's war against drugs in the new era

In recent years, anti-drug departments across the country have deepened the anti-drug people’s war, improved the drug control system, intensified the anti-drug work in an all-round way, and promoted the overall improvement of the drug situation and continued improvement. At the same time, relevant departments have continuously improved the international cooperation mechanism for drug control, broadened cooperation fields and channels, and launched a series of cross-border and cross-border joint operations, which has effectively deterred cross-border and cross-border drug crimes.

Anti-drug work is related to national security, national prosperity and decline, and the well-being of the people. Implementing anti-drug work is the consistent proposition and position of the party and the government.

On June 25, 2015, Xi Jinping, General Secretary of the CPC Central Committee, State President, and Chairman of the Central Military Commission, cordially met with representatives of advanced collectives and individuals in the national anti-drug work and delivered important speeches. Over the past five years, the national anti-narcotics department has carefully implemented the spirit of the important instructions of General Secretary Jin Ping and the central government’s decision-making and deployment. Taking the commended advanced collectives and advanced individuals as an example, taking the deepening of the anti-drug people’s war as the carrier, and focusing on improving the drug control system, Carrying out the special action of "two hits and two controls" as the main line, taking the implementation of the anti-drug work as the starting point, and supporting the application of anti-drug technology, comprehensively strengthen the anti-drug work, promote the anti-drug work to achieve major and periodic results, and promote the overall improvement of the drug situation , Continuous improvement.

Building a barrier for people's lives and health

Taking Yunnan as the main battlefield, organized 14 provinces to jointly carry out the "clean border" operation, strengthen the two-way interception at the border, seize 13.5 tons of drugs and 3221 tons of drugs, effectively curbing the inflow of drugs and the entry and exit of drugs in Yunnan; promote and Hong Kong, Macao and Taiwan drug law enforcement cooperation to jointly combat cross-border drug crime activities, launched the "Sword Hunting-Black Warrior" operation in Hong Kong and Macao, arrested 350 criminal suspects, seized 8.6 tons of drugs; focused on combating drug smuggling at sea, and continuously cracked "406" In the "705" and other major transnational drug trafficking cases at sea, 1.3 tons of cocaine were seized in the "705" case alone...

"Zero tolerance" for drug crimes and crimes is to build a safety barrier for the lives and health of the people. In recent years, the national anti-narcotics department has focused on the "end-of-drug dens, drug-trafficking gangs, and drug-controlling groups". It has cracked down on the "September 3" project in China and the Philippines, the "1104" cocaine project in China and Cambodia, and the "705" project in China and Thailand. The major cases of international influence have increased year by year in the fight against drug crimes. In the past five years, more than 630,000 drug crime cases have been cracked across the country, 30,000 drug gangs have been killed, 780,000 criminal suspects have been arrested, and 406 tons of various drugs have been seized.

—— In response to the intensification of overseas drug smuggling, establish the “14 May” work mechanism for blocking sources and intercepting traffic, organize coordinated operations in key areas such as Yunnan and Guangxi, and integrate police resources of various departments to strengthen intelligence exchange and law enforcement Collaboration, the implementation of the real-name logistics delivery system, and in-depth development of special actions against drug entry have effectively curbed the influx of drug entry.

——In response to the proliferation of Internet-related drug-related issues, we formulated and issued “Opinions on Strengthening Internet Anti-Drug Work”, issued the “China Internet Anti-Drug Convention”, strengthened online anti-drug publicity, supervision and management, and concentrated on online anti-drug operations. A total of 29,000 online drug-related cases were detected, more than 39,000 criminal suspects were arrested, 12 tons of drugs were seized, more than 70,000 pieces of illegal drug-related information were cleared and deleted, and 960 drug-related websites were shut down, effectively suppressing online The problem of poison quickly spread.

At the 2016 World General Assembly on Drugs, my country further clarified the government’s stance and policy proposition on drug control, won the international community’s high attention and wide recognition, and established my country’s image as a responsible country in the field of international drug control.

A series of pragmatic developments of cross-border and cross-border joint operations have effectively deterred cross-border and cross-border drug crimes: participating in Interpol's "Baiyan" and other actions, cooperating in China-Laos-Myanmar-Thailand-Vietnam "Vietnam Waterway" joint anti-drug and Sino-Vietnamese border joint A series of transnational law enforcement actions such as anti-drug, Sino-Australian "Flame", and China-Pakistan "Brothers" joint anti-narcotics cracked a number of major transnational drug cases such as the China-Thailand "Zero" project and the China-Vietnam "305" project...

The rapid development and spread of new psychoactive substances has become a prominent problem facing the world. To this end, China is also actively investing in governance, improving the rapid administration mechanism, and promulgating the “Administrative Measures on Non-Medicinal Narcotic Drugs and Psychotropic Drugs”. Over the past five years, 170 new psychoactive substances have been listed, and since May 2019 On the 1st, the entire category of fentanyl substances was regulated, and a special action against fentanyl substances and other new drug crimes "902" was launched. Many new psychoactive substance cases were cracked, a group of criminals were severely punished according to law, and Wang Fengxi was publicly sentenced. The case and the US side held a press conference, which had a good response in the international community.

Starting from the prevention of people's education

In 2019, the anti-drug TV series "Icebreaking Action" was popular in the country, which also made the "prototype" behind the story-the Guangdong Public Security Organized the largest and most seized drugs in Lufeng City Boshe Village Drug Clearance Action for more people. know. In recent years, through powerful anti-drug rectification, places such as Shanwei, Guangdong, where Boshe Village is located, have always maintained "zero occurrence" of drug-making activities.

Behind this change, the outstanding results of effective governance are highlighted. In recent years, the National Anti-Drug Committee has formulated and implemented a series of system norms such as the "Key Drug Control Measures" and successively deployed 119 counties (cities and districts) with serious drug problems to rectify them. 88 areas have serious drug problems. Reversal has not only promoted the improvement of local public security and social ethos, but also promoted the overall development of anti-drug work across the country.

Anti-drug work must start with young people and from the education and prevention of the broad masses of the people. Entering schools, working units, entering families, entering venues, entering communities, entering rural areas, and entering the Internet, the universal anti-drug propaganda has now been widely covered. In 2019, the number of newly discovered drug users across the country decreased by 11.9% year-on-year, showing an overall downward trend for five consecutive years. Among them, the newly discovered drug users under the age of 35 decreased by 64%, 55%, 40%, and 13% year-on-year in 2015, 2016, 2017, and 2018, respectively.

Behind the drug problem, there is often a "poor" root. To this end, the national anti-drug departments put the anti-drug poverty alleviation work on an important agenda, and great progress has been made in the fight against drug poverty. In recent years, the country has sorted out and investigated 231,000 drug-related poverty-stricken people. As of March 2020, the number of drug-related poverty-stricken people in the country has fallen from 231,000 to 37,000, and 194,000 have been lifted out of poverty. The poverty reduction rate has reached 84%. Significant progress has been made in the problem of drug-poor people becoming poor due to drugs and returning to poverty due to drugs. Among them, 8 places including Beijing, Tianjin, Shanghai, Jiangsu, Hainan, Tibet, Qinghai, and Xinjiang Production and Construction Corps have "zeroed" the drug-related poor population.

Withdrawing from drug addiction and returning to society is always the goal pursued by drug rehabilitation. In recent years, by organizing relevant departments such as health, judicial administration, public security, etc., innovating the concept of drug rehabilitation, perfecting the drug rehabilitation model, it has solved many difficult problems that restrict drug treatment for a long time, and effectively reduced the social harm of drugs. As of the end of 2019, 2.53 million relapsers have not been found in the three years of withdrawal, which is 2.2 times that of 2015; the number of current drug users has decreased by 8.43% year-on-year, showing a downward trend for two consecutive years.

News/Politics 2020-09-26T19:56:38.306Z
What are the reasons for the revision of Shanxi's new anti-drug regulations coming into effect next month? What are the highlights? 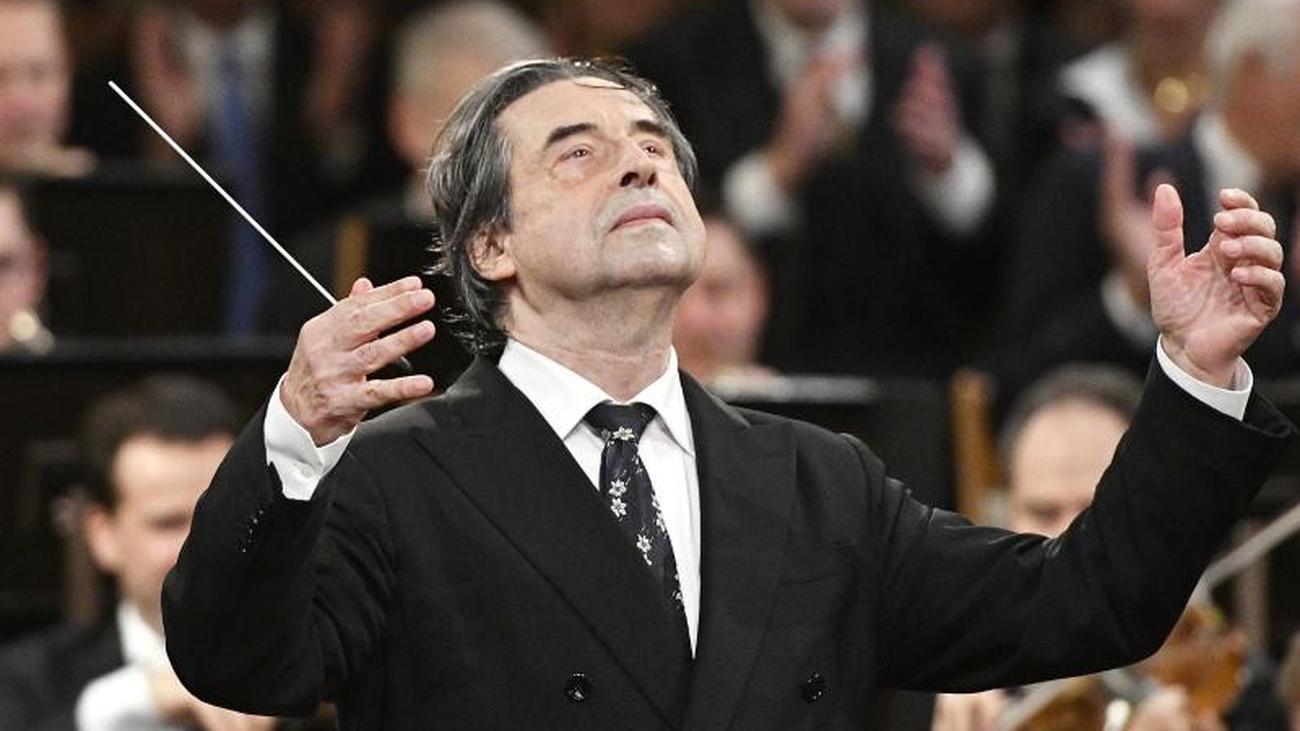 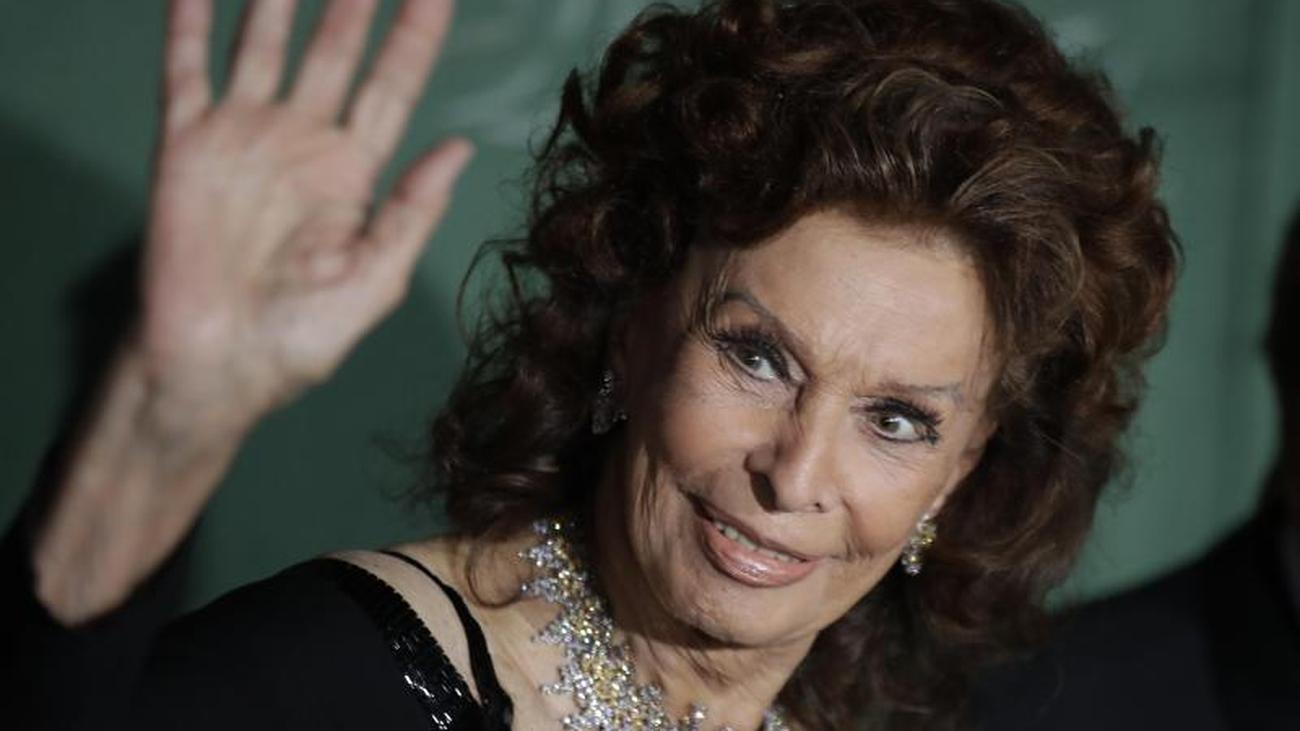 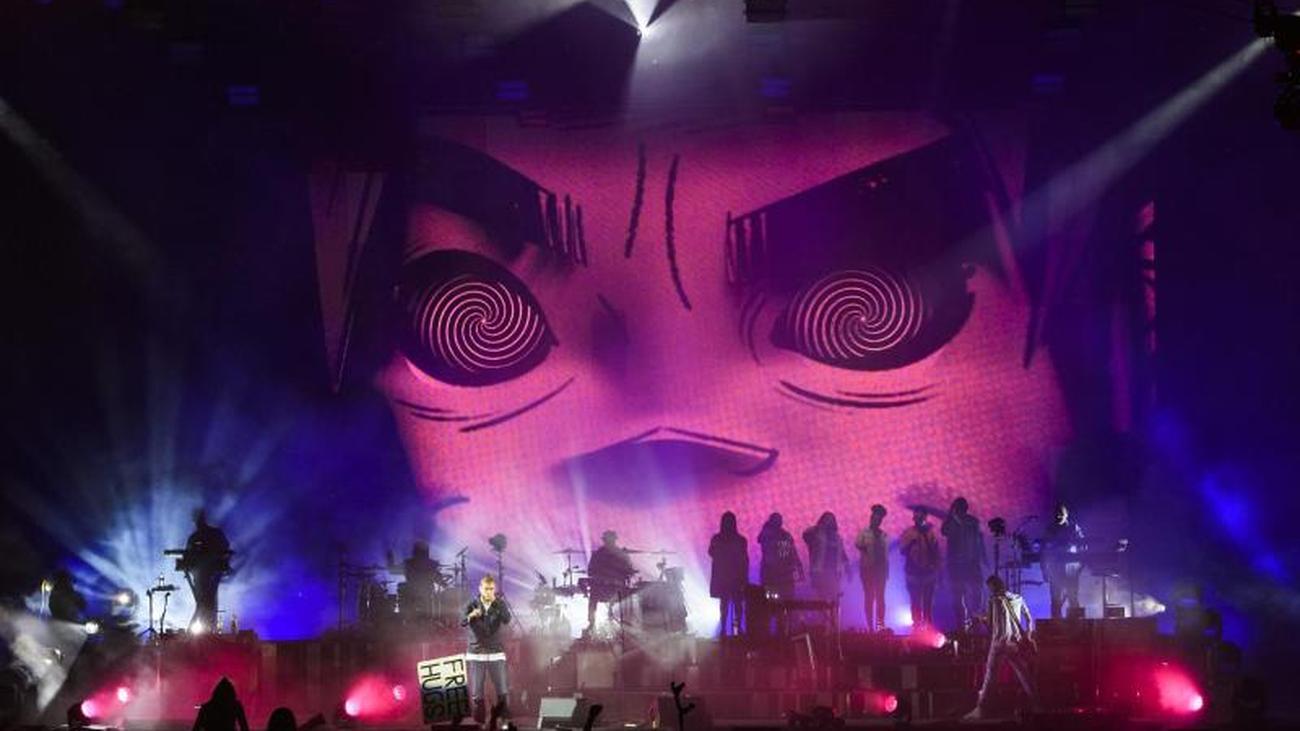 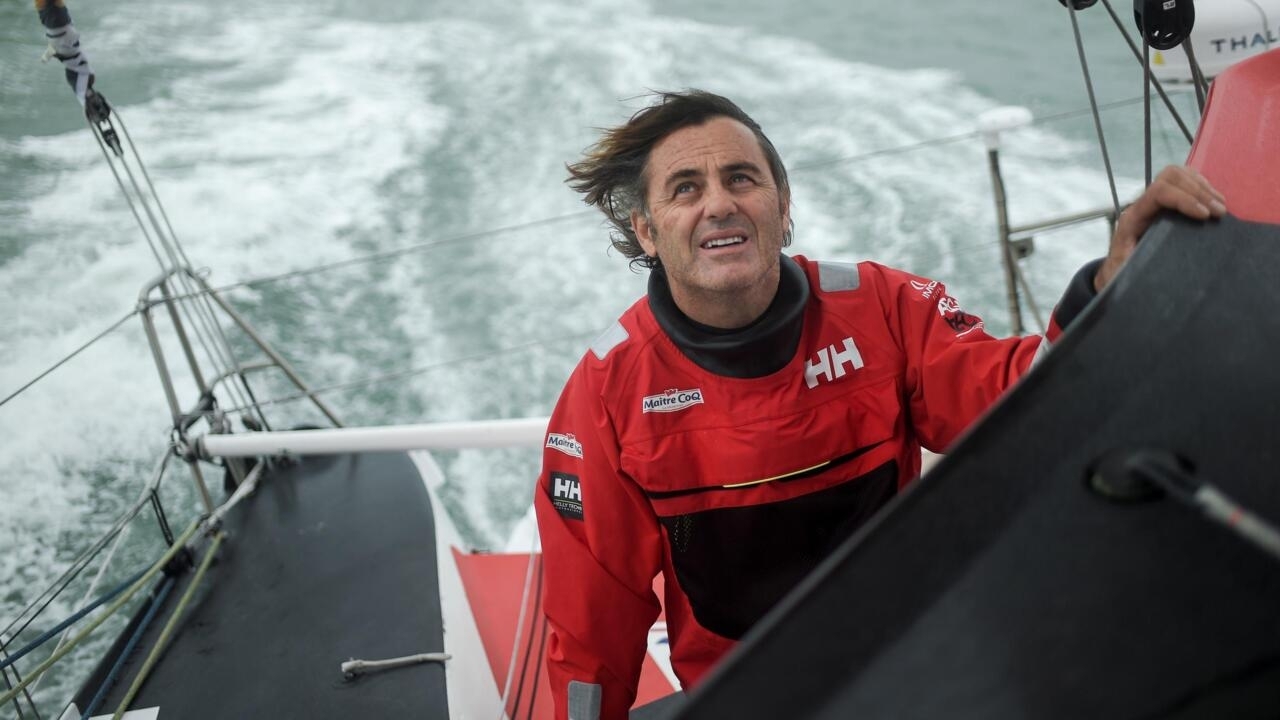 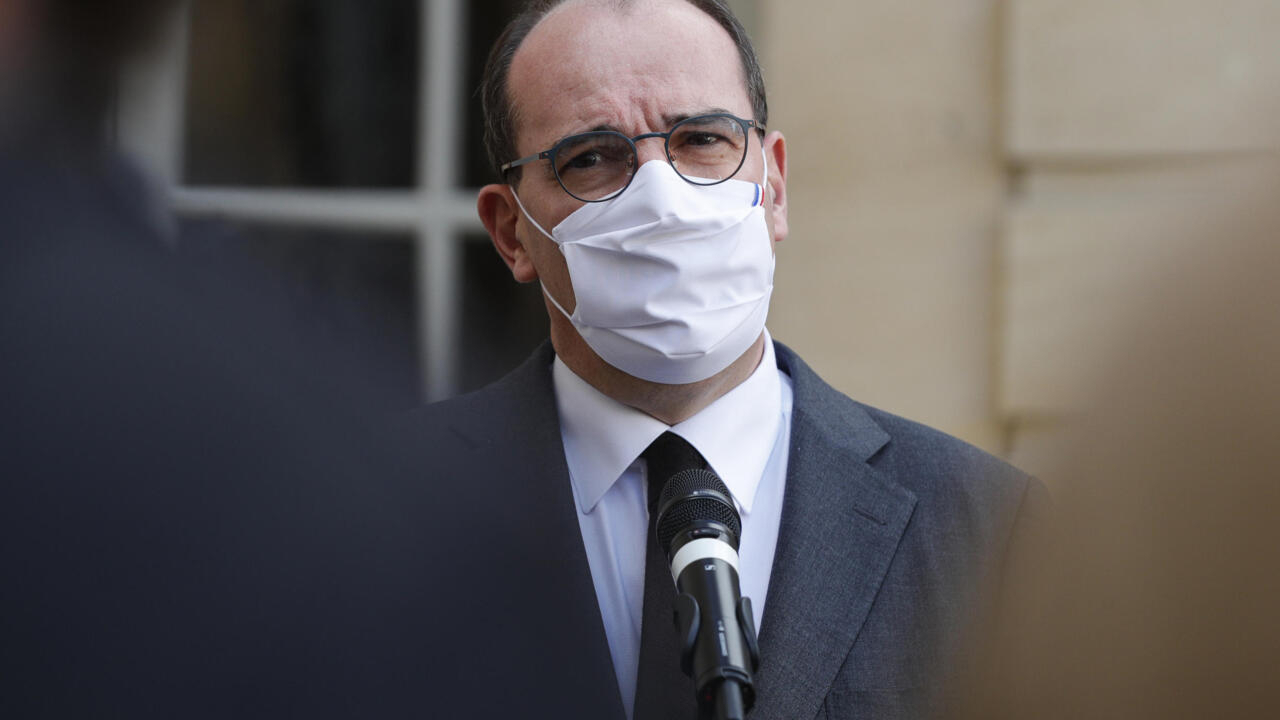