Alongside Joe Biden, who is securing the Democratic presidential candidacy, a female candidate is now being sought. 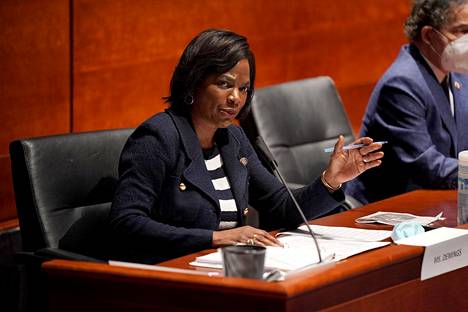 Joe Biden has previously announced that a woman will run for the White House as a vice presidential candidate.

Biden’s advisors have interviewed several potential candidates and are now going through more detailed information on some of them.

According to the New York Times, Biden’s campaign machinery has been in contact with about a dozen women, eight or nine of whom are most seriously screened.

Recently, Val Demings, a member of the House of Representatives from Florida, and Keisha Lance Bottoms, the mayor of Atlanta, have been on the rise recently. Wisconsin Senator Tammy Baldwin has also made steady progress in the selection process.

Val Demings has prominently featured a debate on police violence in the House of Representatives.

Instead, Minnesota Senator Amy Klobuchar, previously classified as a top name, has lost her position. He still competed in the winter with Biden for the Democratic presidential nomination.

Other former rivals, California Senator Kamala Harris and Massachusetts Senator Elizabeth Warren, are also being considered alongside Biden for the White House. Warren is the most notable name among white female candidates, according to the magazine.

Due to recent U.S. anti-police violence protests, the positions of two black female candidates, Demings and Bottoms, have been elevated. Demings is a former Orlando police chief and Bottoms has garnered thanks for controlling the protests in Atlanta.

Other who have discussed the candidacy with Biden's team, according to NYT, include Michigan Governor Gretchen Whitmer, Rhode Island Governor Gina Raimondo and New Mexico Governor Michelle Lujan Grisham.

Biden’s election as vice president will be of considerable importance to his potential term. When Biden became president at the age of 77, the oldest ever White House would be elected.

In addition, Biden may face the most difficult challenges for the president in decades due to economic and interest rate crises. That’s why he needs a vice president to help, who’s willing to run alongside Biden and not just be the name chosen for an election victory, the New York Times points out.