British kings begin to dismantle their complete isolation - Charles, 71, with a corona, returns to front office

The British Kings are planning a return to the normal agenda. Prince Charles and Duchess Camilla will host the French President’s state visit next Thursday. 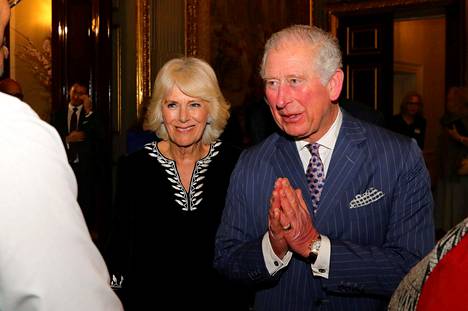 The British kings are slowly beginning to dismantle their isolations after the coronavirus pandemic.

Among the first are Prince Charles, 71, of Wales, and Camilla, 72, of the Duchess of Cornwall, who will host a state visit by French President Emmanuel Macron next week.

Charles and Camilla will travel from their home from Balmoral Castle in Scotland to London, where an official reception will be held on Thursday.

Prince Charles fell ill with a corona. He has reported suffering from only fairly mild symptoms after developing the coronavirus.

Prince Charles was diagnosed with the coronavirus on March 25th. He was one of the first royals to receive a virus that spread like wildfire at the time.

The prince's well-being during his illness was so good that he worked throughout his isolation. Duchess Camilla was also tested, but was not found to have a coronavirus.

Elisabet, who was in strict quarantine, spent Trooping the Color on her own farm in Windsor.

The head of the royal family, Queen Elizabeth, made her debut on Saturday at the Trooping the Color parade on the Windsor Castle grounds. It is expected that the Queen will not attend mass events for months to come.

Queen Elizabeth has been in voluntary corona quarantine at Windsor Castle since March. This is the longest break from royal duties during Elizabeth’s 68 years as ruler.

Prince William has done charitable work via video during the isolation period.

Prince William, on the other hand, has lived during the Corona period in a very largely secluded home in Kensington Palace. The Prince has still worked, attended various representations at a distance, and also made a new conquest.

The BBC reports that during the Corona period, the prince was trained in mental health work so that he was able to act as a support person for those in need.