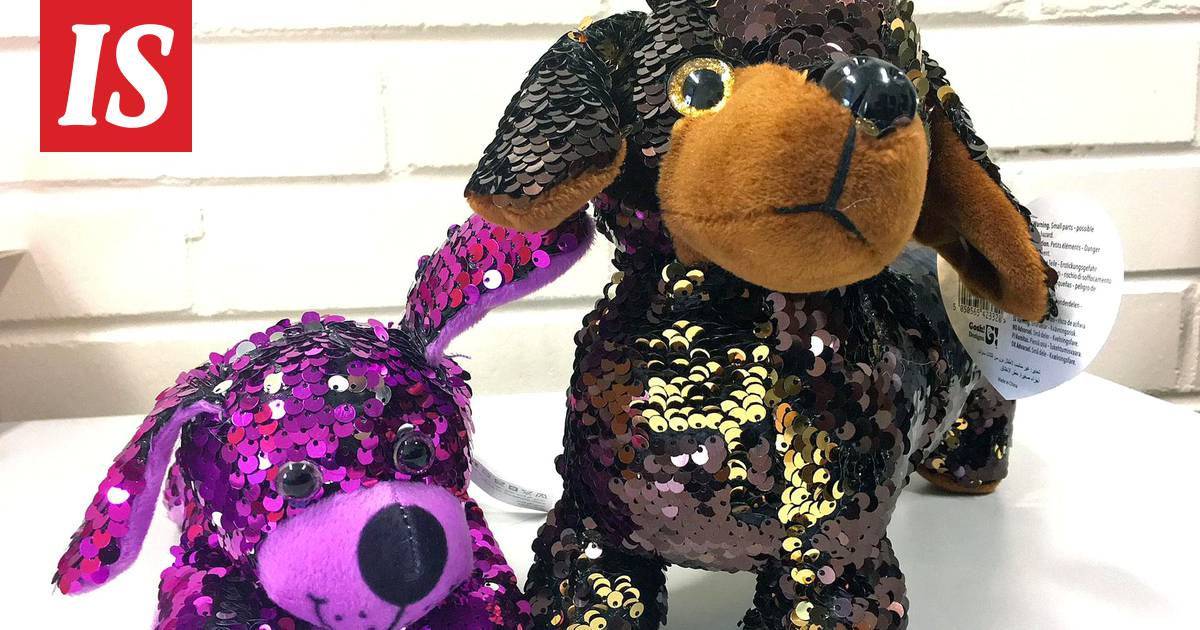 One-third of the toys for children under 3 years of age intended for sale at the amusement park were revealed to be in violation of regulations in Customs' spring laboratory tests, Customs says in its release. The products are part of the sequin plush toys that entered the market a few years ago, which, according to Customs' product safety manager Jonna Neffling, have been rejected a lot from the beginning.

The sequins come off easily and can end up in the child's throat or airways. In a Customs test, a unicorn-shaped plush toy detached a plastic eye that posed a choking hazard. In total, the sequins were detached from eight different toys in the studies.

- There was a lot of negative news about sequin plush toys already in 2018. It came as a bit of a surprise that Amusement Parks, which certainly followed the toy market a lot, brought such a large number of them, Neffling tells Ilta-Sanomat.

- Sequins must not be attached to toys so well that they cannot come off and endanger the child.

Some toys were rejected due to incorrect age limits. The labels violated the EU Commission's policy that soft toys must be suitable for use by infants, ie children under 3 years of age.

According to Neffling, Customs strives to inspect all new toys that enter the amusement park market every spring before opening the doors. Although timing is not always successful, Amusement Parks may refrain from selling toys prior to research.

- If something good can be said about this corona epidemic, then at least this time these dangerous batches of products did not enter the amusement parks, because the investigations were carried out before the amusement parks were opened.

About 600 toys are assessed for compliance with the customs each year. Of the toy products surveyed this year, 28 were destined for distribution or sale at an amusement park. Of these, 11 did not pass the requirements of toy legislation.