Dubai Police records 100 violations, "Beware these behaviors on the beaches."

The Emirates Today monitored, during a field trip, a number of Dubai beaches, a variation in the commitment of precautionary measures by sea goers after the decision to reopen the beaches, but this was met by an extensive spread by Dubai police patrols and municipal inspectors as well as beach security guards and personnel in the area of

The Emirates Today monitored, during a field trip, a number of Dubai beaches, a difference in commitment to precautionary measures by sea goers after the decision to reopen the beaches, but this was met by an extensive spread by Dubai police patrols and municipal inspectors, as well as beach security guards and personnel in the Lamir region,

In just three days of the decision, Dubai Police recorded more than 100 violations that varied between lack of commitment to socializing or wearing a muzzle on the beaches, and resorted to using drones to monitor the beaches from the air and making sure everyone complied with the instructions.

According to the tour that included "Kite Beach", the turnout yesterday continued remarkably on the beaches, unusual in the normal days and not the weekend, but the concerned authorities, including the police and Dubai Municipality, imposed social divergence measures, so the seagoers committed to stay at a distance of not less than two meters.

On the other hand, the most prominent negative observations that were observed during the tour were limiting the application of the spacing between the people who did not have a relationship and did not come together to the beach, but in return groups of friends sat together without commitment to the necessary procedures, as it was observed not to adhere to wearing the muzzle immediately after leaving the sea And sit on the beach according to the instructions issued in this regard.

Mohamed Al-Beheiri, one of those who abided by the instructions, while sitting on the shore of Lamir, said that he did not want to disturb his joy by gradually returning to life and open the beaches again by committing what was wrong with that, pointing out that a friend of his did not abide by the instructions to wear a muzzle, so he freed him a violation of 3000 dirhams, until he wore it during sleep Currently.

While Ali Abu Talib mentioned that one warning was sufficient by a member of the Dubai Police while sitting on the Kite Beach, the necessity of wearing the muzzle, otherwise he will be subject to a violation of the value of 3000 dirhams, stressing his belief in the stage logo that it is everyone’s responsibility now and everyone must adhere so that the wheel does not turn back The state is taking tougher measures.

For his part, Khaled Bou Najah said that he finds it difficult to wear a muzzle while sitting on the beach, as he feels difficult to breathe, pointing out that he has received warnings from the security official on the beach and will be keen to adhere to the best of his ability.

Sonia Villeneuva stated that it is a good idea to open the beaches again in Dubai as it is the coolest outlet and a popular destination for all, noting that they adhere to the instructions but forget to wear a muzzle at times, expressing dissatisfaction with the behavior of some with a kind of indifference or lack of caution, such as a group of people who did not adhere to social distance, Confirming that this does not help all of us.

To that, the beach security teams of the Ports Police Station recorded more than one hundred violations during three days, which included not wearing a muzzle or committing to social distance,

Lt. Ahmed Al Marzouqi from the beach security department said that the beachgoers were not committed in the first days after the decision to reopen the beaches, but that the violations were implemented, most of them began to comply, stressing that there is an eagerness to strictly implement the instructions in order to preserve the safety of everyone.

It is noteworthy that the Dubai Municipality announced the reopening of the beaches of Al Mamzar, Jumeirah, Umm Suqeim, and the beach of “JBR”, and invited the visitors, citizens and residents, to adhere to public safety measures and observe all the instructions that were circulated in the sites to ensure the safety of everyone. 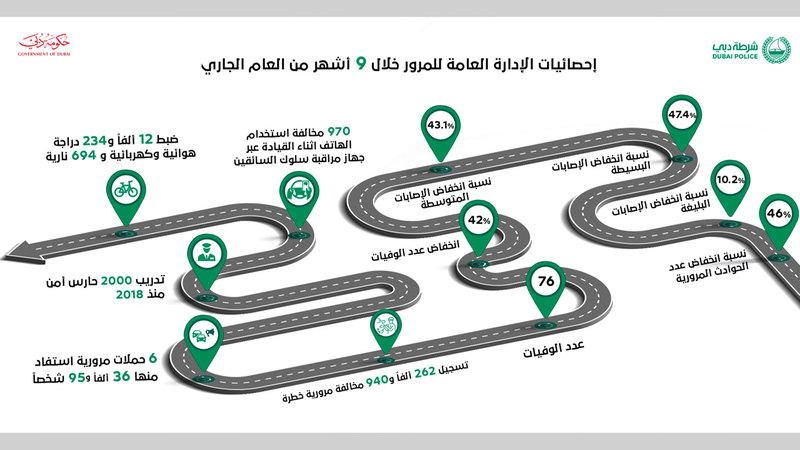