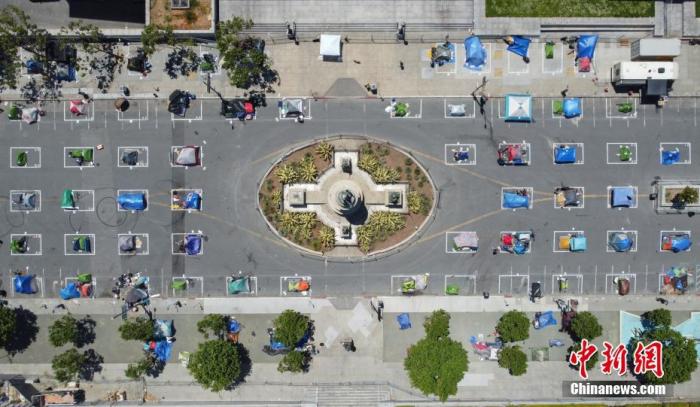 China News Service, May 30. Real-time statistics from Johns Hopkins University in the United States show that as of 8:32 on May 30, Beijing time, there were more than 5.91 million confirmed cases of the new crown worldwide, and a cumulative death of more than 364,000 cases. President Trump of the United States announced the termination of the relationship between the United States and WHO; Brazil's single-day diagnosis of more than 26,000 new cases reached a new high; the French Louvre reopened on July 6; the Dubai World Expo will be postponed for one year; Africa Many countries adjust prevention and control measures.

Recently, San Francisco, USA built a camp for the homeless opposite the city hall, and drawn dozens of boxes in the camp to ensure that the homeless maintain a "social distance". The picture shows aerial photography of the homeless camp on May 28. China News Service reporter Liu Guanguan

Trump announces termination of relations with WHO

At present, there are more than 1.74 million confirmed cases of the new crown in the United States and a cumulative death of more than 102,000 cases.

Trump sent a letter to WHO Director-General Tan Desai on the 18th of this month, threatening that if WHO is not committed to making "substantial improvements" in the next 30 days, the US will stop paying membership dues to WHO and reconsider whether to stay in Within the organization. The move has attracted criticism in the international community and the United States.

According to data from the US Bureau of Economic Analysis on the 29th, the epidemic has restrained American consumption, and the personal savings rate in the United States reached a record high of 33% in April.

The epidemic in Latin America is still spreading rapidly. There were 26,928 newly diagnosed cases in Brazil on the 29th, the largest single-day increase to date, with a cumulative total of more than 465,000 cases. Statistics from the Brazilian Bureau of Geography and Statistics show that Brazil ’s gross domestic product (GDP) fell by 1.5% in the first quarter of this year from the fourth quarter of last year, the largest drop since the second quarter of 2015, when it fell by 2.1%.

On May 17, local time, the UK ushered in the first Sunday after the "conditional unblocking". In London, some citizens wear masks to travel and enjoy leisure time. China News Service reporter Zhang Pingshe

The epidemic situation in many countries in Europe has stabilized, and many countries have adjusted their control measures. British Chancellor of the Exchequer Richie Sunak announced the government ’s adjustment to the “compulsory leave” plan on the 29th, saying that starting in August, employers will “share” the cost of the plan with the government to pay employees with paid leave Some wages will be officially ended by the end of October.

In France, nearly 150,000 cases have been diagnosed. France announced the opening of the museum and historical monuments on the 29th. The Palace of Versailles, which was closed in March due to the epidemic, will open on June 6. The Louvre will reopen on July 6. The Austrian government also announced on the same day that from June From the 15th, the scope of mandatory masks will be reduced, and the prevention and control measures for the new crown epidemic will be further relaxed.

In addition, on May 29, the German Federal Government and the European Commission made a major breakthrough in the tug-of-war negotiations on the rescue of Lufthansa. Lufthansa is Germany's largest airline and was hit hard in the new crown epidemic.

On May 25, at the Shiraz International Airport in Mumbai, India, security personnel checked passenger identity information. The Indian government allows domestic routes to resume from May 25th.

The slum epidemic in India is not optimistic

The Philippine Ministry of Health reported on the 29th that 1046 new cases were diagnosed in the country, marking the first time the number of newly confirmed cases in a single day since the outbreak broke the thousand. The deputy minister of health of the Philippines, Vergire, said on the same day that the number of newly diagnosed cases has increased in a single day, mainly due to the concentrated announcement of backlogs, which does not mean that the country's epidemic situation has deteriorated.

The epidemic situation in various countries in the Middle East varies

The development of the epidemic situation in the Middle East presents different situations. While many countries have done a good job in preventing and controlling the epidemic situation, they have made efforts to restore normalization of production and life. Turkey has a cumulative diagnosis of more than 160,000, and this week will implement the eighth "foot ban". However, from June 1, the country will cancel travel restrictions in all provinces and cities, and restaurants, cafes, and gyms will resume operations.

The number of Qatar diagnoses reached a new high in a single day. The Qatar Ministry of Health pointed out that foreign workers, inter-infection within the family, and people ignoring the government ’s ban on aggregation are the reasons for the continuous increase in the number of confirmed cases in recent days; Egypt has accumulatively diagnosed 22082 cases, and health officials predict that the number of confirmed infections in Egypt will be two weeks later. Reached the peak.

In addition, the International Exhibition Bureau has officially approved the Dubai World Expo to be postponed for one year, and the period will be changed from October 1, 2021 to March 31, 2022.

According to data from the African Centers for Disease Control and Prevention, a total of 129,565 confirmed cases and 3,790 deaths have been diagnosed in Africa. South Africa, Egypt, Algeria, Nigeria and Morocco are the more severely affected countries.

Based on the actual situation in their own countries, many countries have begun to adjust their epidemic prevention measures. South Africa has implemented Level 3 bans since June 1st, including allowing the movement of people in non-hot spots, but only allowing entry and exit to the workplace, and purchasing goods, services, and medical services; Kenya Airways will resume passenger flights on June 8th; Moroccan cafes and restaurants have resumed business since May 29, but are limited to takeaway and food delivery services. 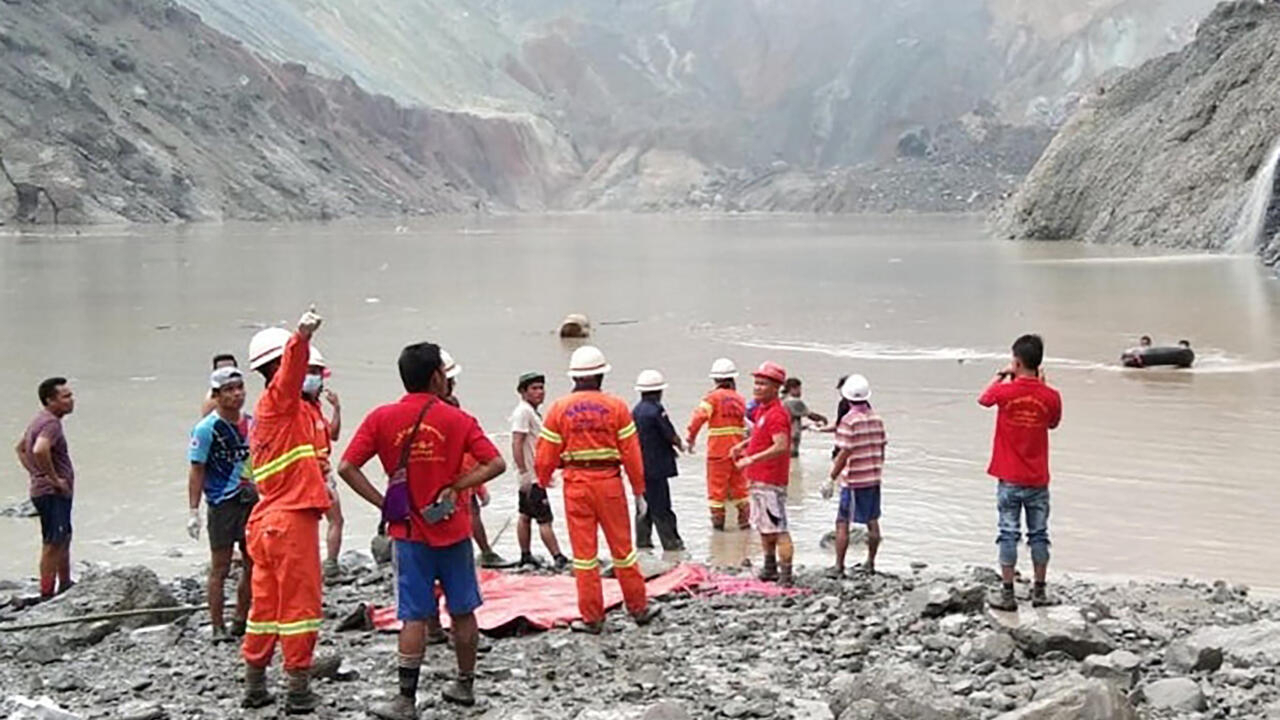