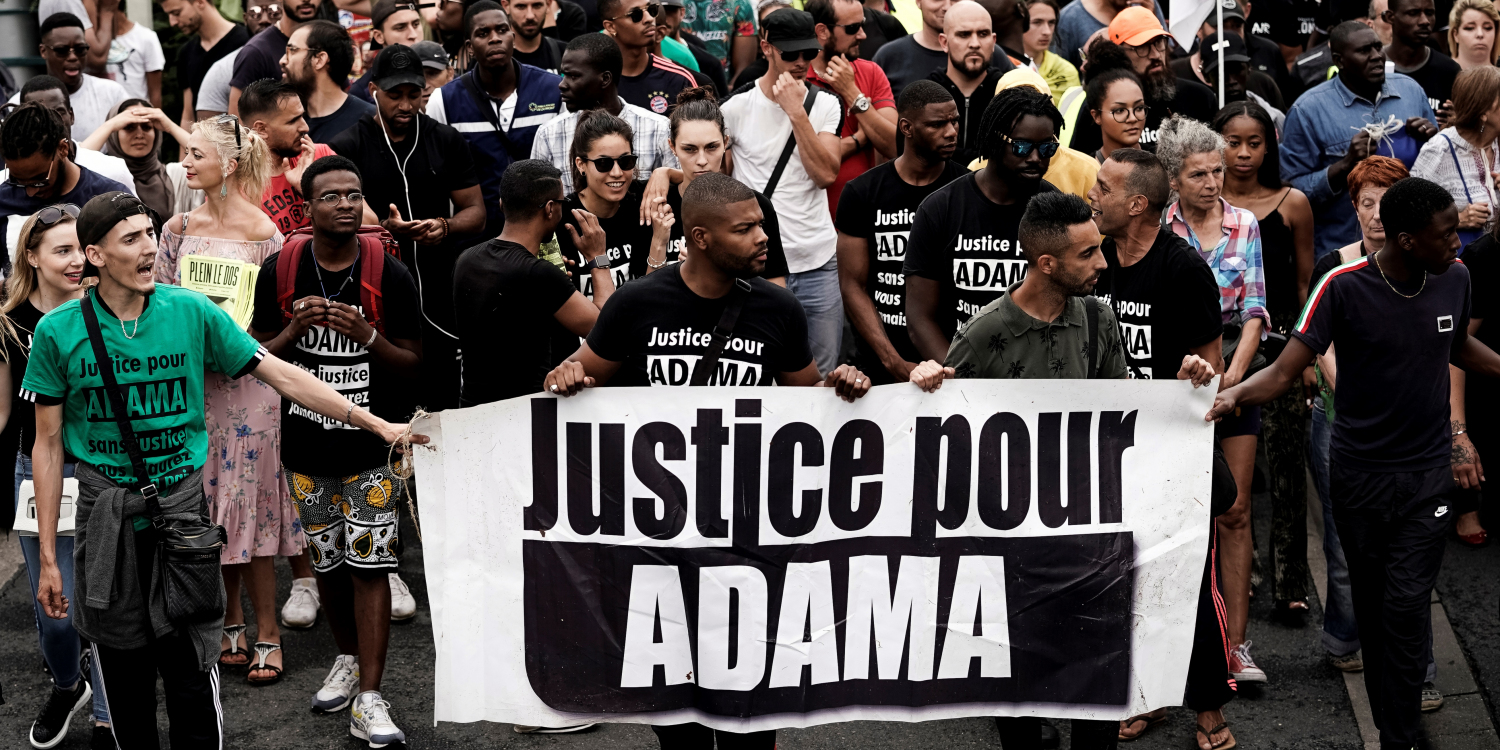 It is a case that has become a symbol of police violence: almost four years after the death of Adama Traoré in Beaumont-sur-Oise in the Val d'Oise, the responsibility of the gendarmes who arrested him has again come from be sidelined by the latest forensic expertise, released on Friday.

"This expertise is the third expertise which confirms that the death of Adama Traoré is in no way linked to the arrest carried out by the gendarmes," says Me Rodolphe Bosselut, the lawyer for the two gendarmes who arrested Adama Traoré in July. 2016.

"All the expert reports have said so. This latter expert report says it even more clearly and unambiguously since it excludes the death by positional asphyxiation which would result from the gestures of the gendarmes," continues Me Bosselut. "The experts note an intense effort in extremely high climatic conditions, associated with pre-existing pathological factors and perhaps a heart infection."

Doctors "without competence in cardiology"

For their part, the family of Adama Traoré denounces a denial of justice and rejects this expertise. "It is a questionable expertise from a medical point of view insofar as these doctors who have no competence in cardiology put forward a cardiac pathology to explain the death", defends Me Yassine Bouzrou.

According to the lawyer for the Traoré family, "in this case, cardiologists have already been mandated by the examining magistrates and they have ruled out any cardiac pathology. They even said the opposite: they said that Adama Traoré had an athletic heart. "

According to Me Yassine Bouzrou, "the doctors absolutely do not mention in their report the arrest" and "the gestures made by the gendarmes, especially when the gendarmes say that they put their weight on Adama Traoré". He concludes: "In my opinion, this expertise has no legal value."