News in drawing: a statue of Solidarity for a post-coronavirus world

The drawing by Lélia, a young 15-year-old French designer, who pays tribute to caregivers and their courage during the health crisis, received the first prize of the Cartoon Youth Challenge. The conc… 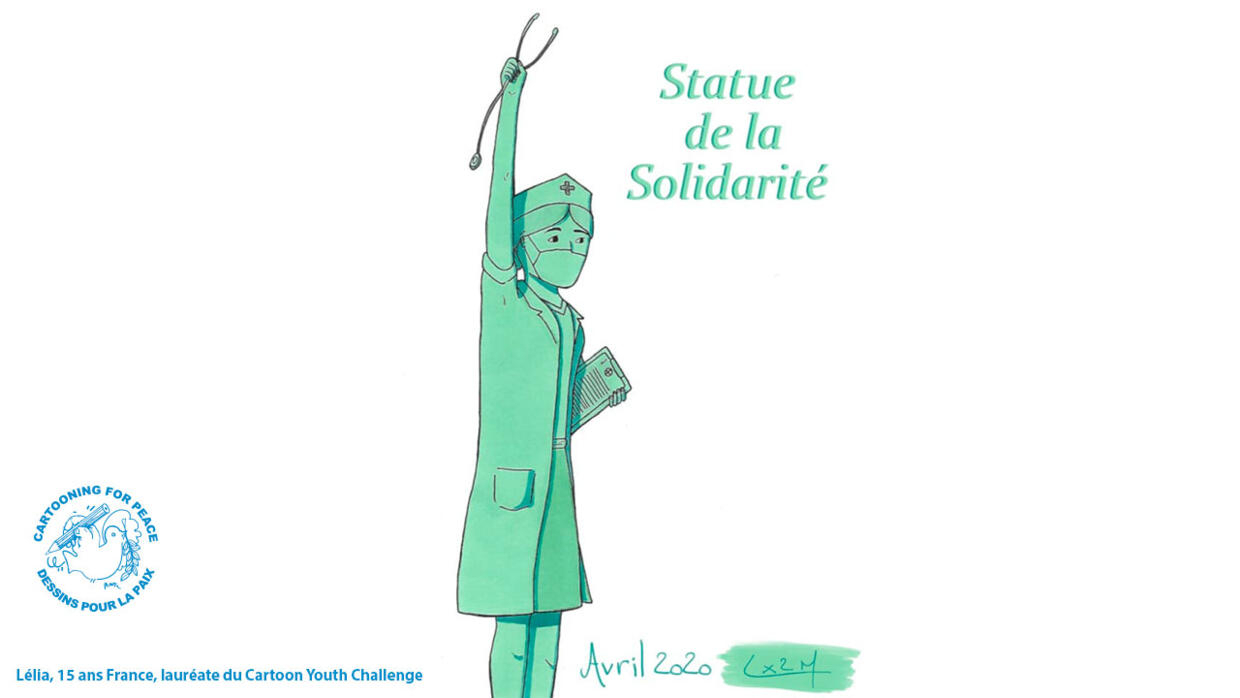 How to imagine the world after the Covid-19 pandemic? With a statue of Solidarity, represented by a caregiver brandishing his stethoscope in his hand. The drawing of young Lélia, a 15-year-old Frenchwoman, received first prize - unanimously - from the Cartoon Youth Challenge. The competition, organized by Cartooning for Peace, invited young people aged 12 to 20 to think about the world after.

To find inspiration, Lélia, passionate about drawing, first thought of the word "war" used by the President of the Republic, Emmanuel Macron, on March 16. "In general, after a war, monuments are erected in tribute to the combatants. I used the Statue of Liberty which is an internationally known symbol and I gave life to my monument of homage to the carers", says she on the site of Le Monde des ados, partner of the competition. A total of ten winners were awarded.