Jean-Pierre Bemba was dismissed by the International Criminal Court (ICC), to which he claimed nearly 70 million euros in damages. Prosecuted for crimes against humanity and crimes… 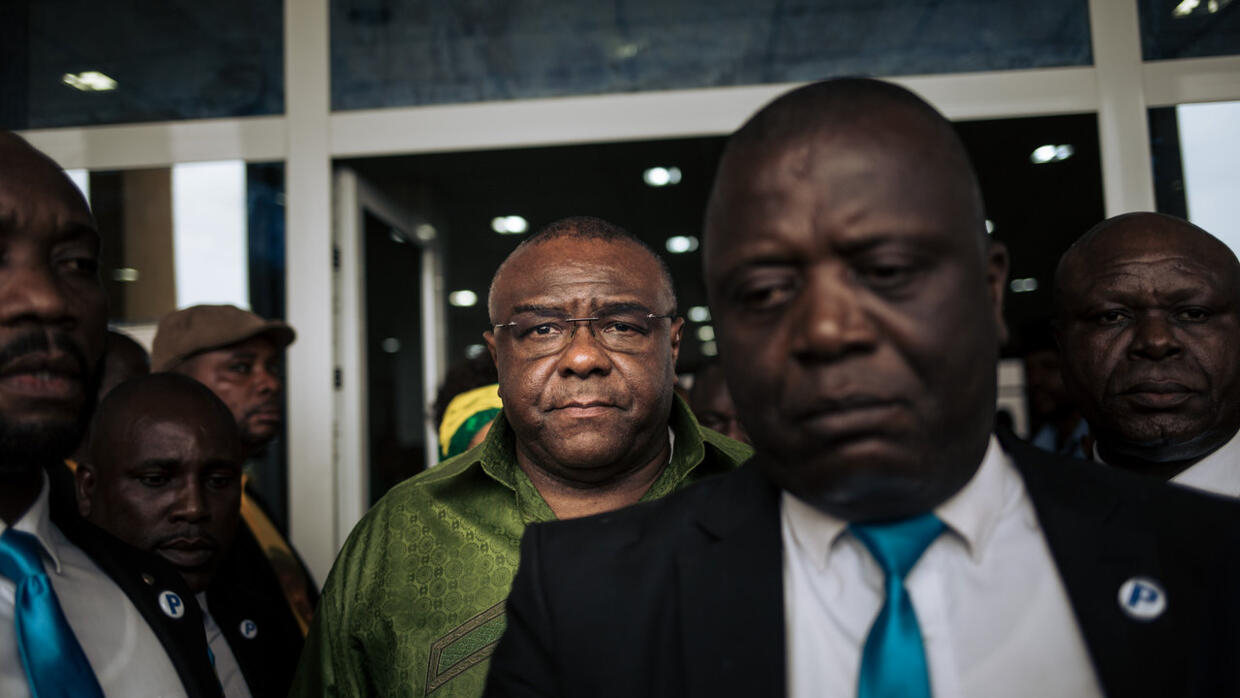 Jean-Pierre Bemba was dismissed by the International Criminal Court (ICC), to which he claimed nearly 70 million euros in damages. Prosecuted for crimes against humanity and war crimes committed in the Central African Republic in 2002 and 2003, the former vice-president of the Democratic Republic of the Congo (DRC) was finally acquitted in June 2018.

From our correspondent in The Hague,

Jean-Pierre Bemba was not the victim of a " serious and manifest  " miscarriage of justice  , said the judges of the International Criminal Court (ICC), in a decision rendered on May 18. The former vice-president of the Democratic Republic of Congo (DRC) will therefore not be able to collect the 26.2 million euros he was claiming from the Court for his years spent in the shade of the walls of Scheveningen prison .

Arrested in a posh suburb of Brussels in May 2008, Jean-Pierre Bemba had spent ten years in prison, to which one must nevertheless deduct a year, served for his conviction for intimidation of witnesses, pronounced on the sidelines of his war crimes trial.

In a decision rendered on May 18, the magistrates recognized that "  10 years represents considerable time spent in detention likely to cause personal suffering  ". But they nevertheless assure that the boss of the Movement for the Liberation of the Congo (MLC) has had a regular trial and that from then on, he cannot obtain compensation.

The Congolese businessman will not receive more compensation for the damage inflicted on his property, at least not from the Court. Following his arrest in May 2008, several States had, at the request of the court, frozen his property, including his residence in Belgium, where his wife and children still lived. Jean-Pierre Bemba claims 42.4 million euros for the degradation of seven planes, three luxury properties in the Faro region, in Portugal, and a boat, a property in Brussels, several cars, plots of land in the DRC and several bank accounts. Property seized at the request of the prosecutor, including the Boeing 727-100 with which he flew to Portugal during the violence that followed his failure in the presidential election in November 2006 against Joseph Kabila. The aircraft is still at Faro Airport, but the parking notes were not honored, taxes remained unpaid and maintenance was not performed. "The plane is now just scrap," the lawyers wrote in their motion, accusing the court of the damage.

Today, the judges clear the Court of all responsibility. The latter is not responsible for these goods, they say in substance, which, once frozen, were under the responsibility of the states concerned: Portugal, Belgium and the DRC. But, they add, nothing prevents Jean-Pierre Bemba from "  exercising other remedies (...) with a view to seeking compensation  ".

Contacted by phone, Jean-Pierre Bemba's lawyer intends to appeal this decision. "  It is not finished, it is only the first step  ", assures Peter Haynes, regretting that the Court did not act on a proposal for arbitration. "  The ICC is not immune from any prosecution and if the ICC violates a contract, there are civil procedures that apply  " advises the lawyer. Peter Haynes further notes that "  these orders for the freezing of Jean-Pierre Bemba's assets were intended to compensate the victims in the event of a conviction  ". He notes that if Jean-Pierre Bemba had been sentenced, "  there would be nothing more that was planned to provide them with reparations  ".

Assistance to victims of rape

The acquittal of Jean-Pierre Bemba had ended the procedure for compensation for the victims. But the Fund dedicated to them, upon the announcement of the acquittal, decided to relaunch a program that had been lying around for several years. Following the opening, in 2007, of an investigation by the prosecutor into crimes committed during the civil war of 2002 and 2003 in the Central African Republic, the Fund had started to work on projects to assist victims. But in March 2013, even before the start, everything had been suspended with the resumption of the war in the Central African Republic. And the file was dormant when Jean-Pierre Bemba was acquitted by the appeal chamber in June 2018.

Eighteen years after the 2002 war and two years after the acquittal of the former Congolese vice-president, the Fund is expected to begin projects to assist survivors during the summer. By the end of August explains the director of the Fund Pieter de Baan, a pilot project based in Bangui should allow the opening of psychological and psychological assistance programs to 200 victims considered to be the most vulnerable, victims of rape and infected with HIV . The children of victims of these rapes should also be among the first beneficiaries. The ICC Registry has yet to validate the contract between the Fund and the organization - whose name is confidential - which will implement victim assistance projects. "  If the Covid-19 Pandemic does not slow down operations, projects will be in place by the end of August before they can spread to the rest of the country,  " says Pieter de Baan.