China News Service, May 23, according to the "European Times" German version, the epidemic changed everyone's life. The Chinese food industry and Asian supermarket business engaged by Chinese in Germany have ushered in an unprecedented crisis, but in the crisis, traditional fields have also spawned innovative formats. The transformation reflects the thinking and exploration of the older generati... 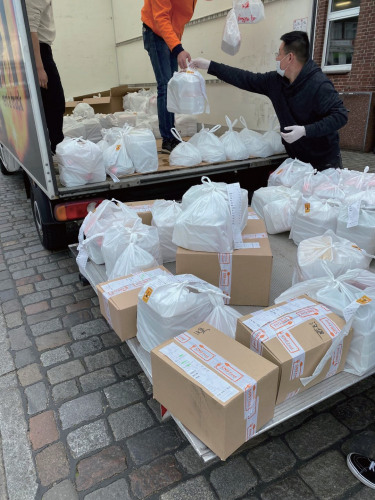 China News Service, May 23, according to the "European Times" German version, the epidemic changed everyone's life. The Chinese food industry and Asian supermarket business engaged by Chinese in Germany have ushered in an unprecedented crisis, but in the crisis, traditional fields have also spawned innovative formats. The transformation reflects the thinking and exploration of the older generation of practitioners and the new generation of entrepreneurs.

The epidemic has changed people's lifestyles and the catering industry, which is closely related to life. During the strict foot prohibition in Germany, the Chinese food industry changed its business methods from dine-in to take-out. The Leben APP, which is dedicated to providing local services for European Chinese, has naturally become the choice of many consumers and Chinese restaurants. According to Hu Yifan, the founder of Leben App, since this period, the platform has reached hundreds of merchants, and the number of merchants and takeaway orders have doubled.

The reporter's previous investigation found that many Chinese restaurants still choose to deliver independently. This is mainly based on the fact that the restaurant has sufficient delivery capacity. On the one hand, it can ensure the speed of the kitchen during peak orders. On the other hand, there are suitable packaging and packaging tools and transportation tools. And some restaurants that do not have distribution capabilities think that the cooperation with Leben has compressed their own low profits, so they have simply given up the takeaway business.

The recent growth of the online food delivery platform is due to the environmental changes brought about by the epidemic. Many restaurants are eager to find a way out to maintain a balance through takeout and reduce losses. Leben, as a pioneer in the Chinese food delivery field in Germany, naturally benefits from this. But are external factors sufficient to allow Leben to achieve the current results? What added value does Leben bring to these Chinese restaurants?

On the one hand, Leben helps restaurants to expand their service range through their ability to cover German multi-city networks. Hu Yifan introduced that in large German cities such as Frankfurt and Munich, many restaurants have local distribution capabilities, and since early April, the take-out supply in the market has gradually increased. While the demand remains stable, the profit brought by the local market to restaurants is actually Is down.

Leben helps restaurants realize off-site delivery, such as delivering Chinese food in Frankfurt to Mstadt and Kassel, and delivering takeaways from Munich to surrounding cities such as Nuremberg and Ingolstadt. These areas are about a 2-hour drive from the central city, but the city lacks a wealth of Chinese food choices. The desire for food makes consumers willing to place orders through Leben, and make regular appointments to deliver them to their cities. Currently, Leben's centralized distribution frequency to surrounding cities is once a month.

On the other hand, Leben helps restaurants innovate and enrich their product lines. In the past, traditional Chinese restaurants in Germany were dominated by dine-in, supplemented by take-out. Under the take-out mode during the epidemic, Leben encouraged restaurants to introduce new dishes, especially those suitable for take-out and remote delivery.

The Sichuan cuisine restaurant Xiaoyuanba hopes that the quality of the dishes delivered to customers is not much different from that of dine-in, so it has developed a cold series that is different from the hot and spicy Sichuan cuisine in the past, and it is loved by diners. The Chinese restaurant industry in Munich has recently launched a crayfish takeaway, and the dessert area is about to be launched in the Hamburg area. Hu Yifan said: "To provide diversified services to the market with merchants is for restaurants to meet the different taste needs of existing customers. Develop a new customer base. "

The "Mori" restaurant in Munich, which specializes in Sichuan cuisine, was transferred to take-out business during the epidemic. They are very attentive to the food packaging, choosing better environmentally friendly packaging materials, making plastic seals to prevent the box from leaking oil, and affixing the restaurant logo to the packaging ... The meticulous work is to improve the diners' experience of taking out.

Help restaurants improve the efficiency of each link from meal delivery to meal delivery, and reduce the management difficulty of restaurants to expand their business and increase revenue. "Restaurants only need to focus on the quality of the dishes, the platform completes the promotion, distribution and after-sales service. The epidemic actually inspired the merchants to think about how to do a good job. The growth of the take-out market has spawned more competitive creativity and a more sense of service."

The epidemic has undoubtedly brought huge losses to many industries, and the German Chinese restaurant industry is not immune. However, the crisis is in sight, the online takeaway and online Asian Supermarket have achieved breakthrough growth, and the traditional Chinese restaurant industry has also actively or passively innovated and perfected its products and services. As Hu Yunqing, president of the German Chinese Food Association, said, "The Chinese food industry, which has developed a single model for 15 years, should use this time to think about the industry's development path."

In addition to the changes in the Chinese food consumption format during the epidemic, there is also a special period of time that is closely related to the German Chinese life. Asian supermarkets distributed in major cities in Germany, although not closed down like Chinese restaurants, are inevitably affected by the epidemic.

The owner of an Asian supermarket near the Frankfurt train station told reporters that although the supermarket has been open for business, the government's strict foot order and the surrounding companies began to implement large-scale home office in March. The passenger flow of the supermarket has been greatly affected. "Whether it is a Chinese or a local, the number of visits to the store is less, and the business is definitely affected." The boss said that the rare positive change is that some old customers will buy more at once, "Everyone during that time Are hoarding goods. "

Under the strict control policy, customers consciously reduce the number of outings because they worry that outing purchases will increase the chance of infection. Compared with the embarrassment of physical stores in the Asian Super League, the online Asian Super League got a wave of growth opportunities during the epidemic.

Yin Ji Aquatic Products Co., Ltd. in Hamburg also increased its online sales efforts during the epidemic. The order page of its WeChat mini-program often sells out within a short period of time.

Since the launch of the Chinese community application developed by German international students, the Huocheng APP has more than 100,000 registered users. In addition to social functions, another major business of Huocheng APP, the Asian Super, has also achieved significant growth. The founder Liu Haoran told reporters that within one month from the end of February, the online Asian Supermarket had frequent orders bursting. With the soaring purchase demand of users during the epidemic, the highest business volume reached 5 times the usual. Even though the restrictions have been relaxed in Germany since May, the orders of the Asian Super League on the Kaocheng line have begun to fall, but they have remained basically at 2 to 3 times their usual levels.

Liu Haoran said that in the early days of the outbreak in Germany, people were worried about "crazy" hoarding behavior. "Unlike the usual shopping for fresh food, shopping in the Asian Super League, people are hoarding goods such as rice and soy sauce. In times of great demand and special epidemic conditions, people feel at ease only after the shipment volume reaches a certain level. "

In addition to the overall business volume growth, the average price of individual orders of users has also increased significantly. The volume of a single package is large, and third-party logistics companies are prone to damage to some packages or products with little care. Liu Haoran said that in this case, the team will give priority to consumers, after giving the user the first shipment, and then coordinate with DPD, Helms, DHL and other logistics partners to coordinate claims. "Consumers are still very satisfied with our service. Once they become users of our online Asian Super League, there are many cases of repeated orders."

In the past, the customer groups of the Supermarket APP Online Asian Supermarket were mostly from small and medium-sized German cities. These places do not have more physical stores in Berlin, Munich, and Frankfurt. In addition, the target customer base is also mainly students and full-time wives. , Women are more willing to choose online shopping when purchasing heavy goods such as rice. However, the outbreak of the epidemic has a great impact on everyone's life and traditional business formats. According to reports, during the epidemic, the number of users and orders from major cities increased significantly, and male users also increased.

Liu Haoran said that the team upholds the pursuit of user satisfaction and always explores how to better serve customers and make Chinese life more convenient. He also revealed that a major difference between Huocheng APP and other online Asian Super Leagues lies in technology.

At present, most of the online Asian Supermarkets in the German market are usually online platforms developed by outsourcing teams commissioned by physical businesses. The technical adjustments of such platforms are usually low in frequency, and are mainly focused on large-scale changes. As the founder of the team, Liu Haoran has a professional background in software engineering, and the technical team usually adjusts APPs subtlely and frequently. The iterative update speed is fast, the response to the user's feedback is more timely, and it is obviously more in line with the requirements of an Internet product.

To be more precise, unlike the traditional Asian Super entity that develops e-commerce platforms, Huocheng APP is an online product created by Internet people. The latter obviously pays more attention to the consumer experience.

The reporter asked if he was concerned about the decline in platform business after the epidemic. Liu Haoran smiled and responded, "It is difficult to say when the epidemic will end. What is certain at present is uncertainty," which is quite Internet-like. He said that if the future epidemic is over, the decline in online platform orders is inevitable, but people who have never considered online purchases before have become platform users, and their habits can be changed. Opportunities and challenges coexist, and nothing is impossible. (Zhang Qiaonan) 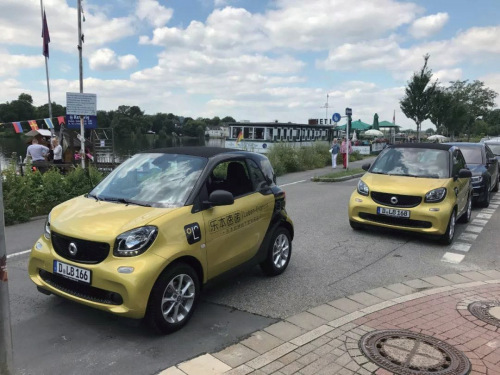 News/Politics 2020-05-13T02:21:12.348Z
The German restaurant industry will lift nearly half of Chinese restaurants to watch carefully 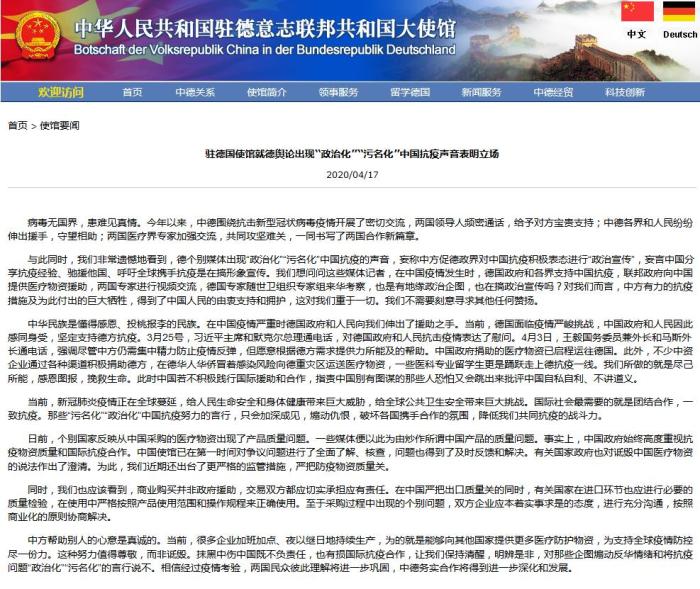