Power agenda: why the United States blocked the Russian draft UN Security Council statement on respect for the sovereignty of Venezuela

The US vetoed a draft joint statement by the UN Security Council calling for respect for the sovereignty of Venezuela. The document was prepared by Russia and proposed at a meeting of the Security Council in connection with the statement of the Venezuelan authorities on the entry of mercenaries from Colombia into the country. As Caracas reported, law enforcement officers managed to stop the invasion and detain several saboteurs, including two US citizens - employees of the American private security company Silvercorp. Later, the media reported that the organization had signed a contract with the Venezuelan opposition leader Juan Guaido. According to experts, Washington previously openly stated that the goal of its policy towards Caracas is the overthrow of President Nicholas Maudro, so the States will block any initiatives at the UN that could interfere with these plans. 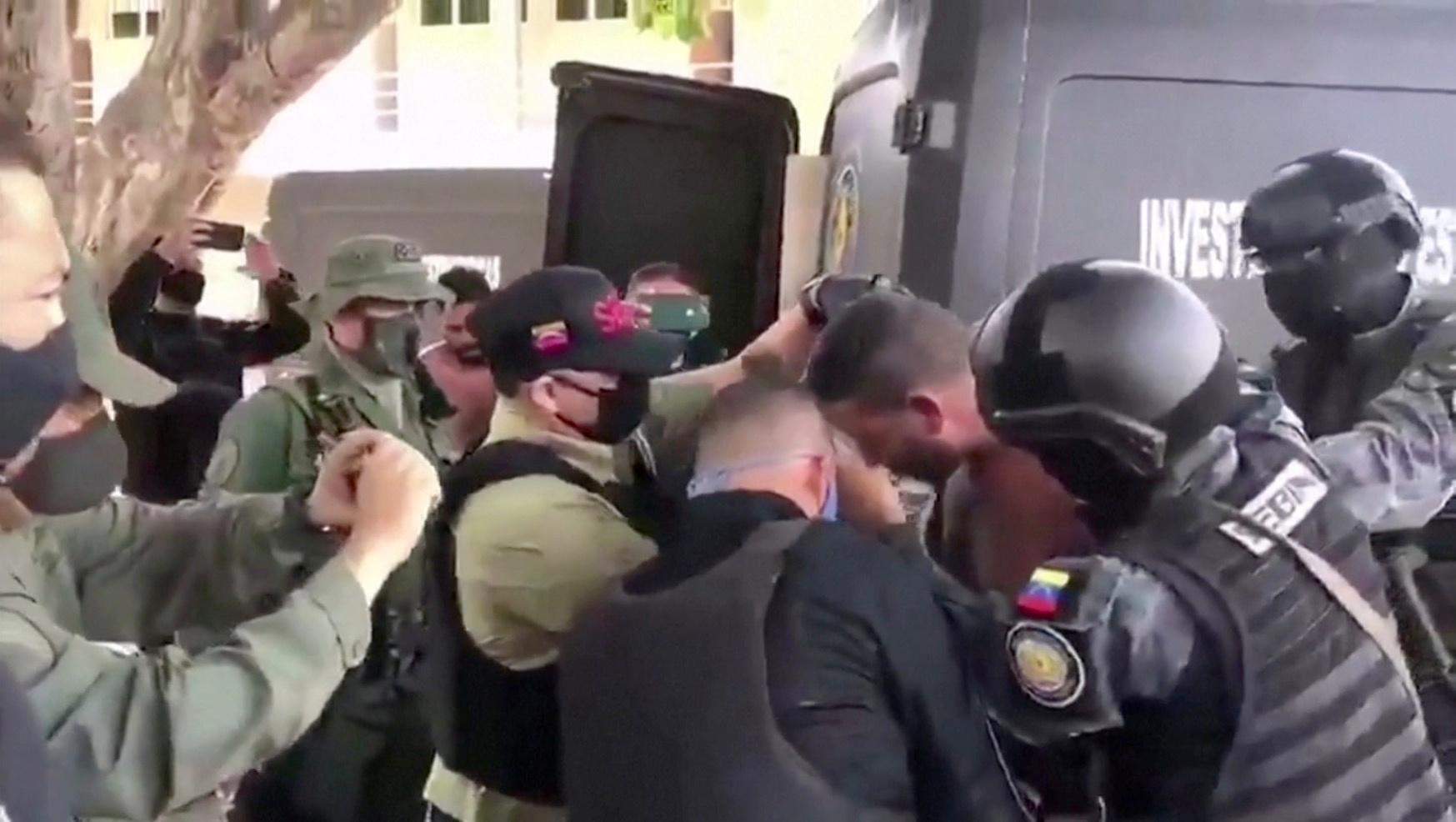 The United States blocked the draft UN Security Council statement proposed by Russia to the press calling for respect for the sovereignty of Venezuela. This was announced on Twitter by the First Deputy Permanent Representative of the Russian Federation to the United Nations Dmitry Polyansky.

“This is a draft resolution that Russia proposed to adopt after the UN Security Council videoconference. No charges, just support for the main points. Nine minutes after the start of the silence procedure, the US Permanent Mission to the UN buried the initiative. Are there any other questions about how "constructive" the US position is in Venezuela? " - wrote Polyansky.

The RF suggested approving a statement to the press by the Russian Federation during a speech at a meeting convened on its initiative in connection with a statement by the Venezuelan authorities on the entry of mercenaries from Colombia into the country. The text noted that the UN Security Council does not accept the use of force against a republic that is currently experiencing an economic and political crisis.

“Members of the Security Council rejected the use or threat of use of force, as provided for in the UN Charter, reaffirmed their commitment to relevant resolutions condemning terrorism in all its forms and manifestations, as well as the use of mercenaries. Members of the Security Council called for a solution to the current situation in the Bolivarian Republic of Venezuela through dialogue between Venezuelans, without outside interference, through peaceful and political means in accordance with Chapter VI of the UN Charter, within the framework of the Venezuelan Constitution and with full respect for its sovereignty and territorial integrity ”, - noted in the document.

According to Dmitry Burykh, deputy director of the Center for US, Canada and Latin American RISI, the USA blocked the proposed statement because it does not meet their goals.

“The resolution proposed by Russia contradicts US policy. The states are set to overthrow the current government and the legitimately elected President Nicolas Maduro. They openly declare this. Therefore, any actions, one way or another aimed at continuing Maduro’s legitimacy, will be blocked by them, ”the expert said in an interview with RT, adding that Washington will continue to veto such initiatives.

In turn, the dean of the faculty of world politics at Moscow State University Andrei Sidorov noted that Russia in this case advocates the principle of non-interference in the internal affairs of states.

“Our Foreign Ministry has repeatedly stated that the fate of Venezuela can be decided only by its people during the voting in the elections. Venezuelans have the right to choose their leaders whether we like them or not. Moscow has consistently opposed support from abroad of the opposition, destabilization of the internal situation and the overthrow of a legitimate government, ”the analyst said in an interview with RT.

The situation in Venezuela worsened after the military and special services of the Bolivarian Republic stopped an attempt to infiltrate a group of militants on the territory of the country on May 3.

According to the Venezuelan authorities, the militants tried to land on the coast of the republic near the port city of La Guaira, 30 km from Caracas. It is noted that during the clash with local law enforcement officers at least eight border violators were eliminated, several more were detained.

According to the detainees, they acted as part of Operation Gideon. Among the militants who fell into Venezuelan hands, it was reported that there were two American citizens, including an agent of the United States Drug Enforcement Administration. On state television, President Nicolas Maduro demonstrated their documents in the name of Luke Alexander Denman and Ayran Berry.

According to Latin American leadership, the goal of the invasion was to capture or kill the Venezuelan leader. During the interrogation, Denman said that the mercenaries were going to take control of the Caracas airport, seize and deliver Venezuelan President Nicolas Maduro there, and then transport him to the United States.

The Venezuelan Supreme Court ordered the detention of detained US citizens. They were charged with terrorism and arms smuggling.

Subsequently, during the special operation, about 46 more people were detained, Venezuelan authorities said. However, Nicolas Maduro believes that new groups of saboteurs are being prepared in Colombia.

“In Colombia, new mercenary groups are forming. We have data, names, surnames, location, information about the organizers and those who patronize them. And again, everything points to (President of Colombia. - RT ) Ivan Duque, ”said the Venezuelan leader.

Maduro is convinced that the governments of the United States and Colombia are behind the organization of the invasion. In particular, in his direct involvement in the conspiracy, he accused the Chargé d'Affaires ai of the USA in the Venezuelan affairs department of the American Embassy in Colombia James Storey, Secretary of State Mike Pompeo and Venezuelan Special Representative Elliot Abrams. He named President Donald Trump the main organizer of the action.

The Pentagon rejected US involvement in the events in Venezuela.

“The US government has nothing to do with what has happened in Venezuela in the past few days,” said Esper.

At the same time, the State Department said it was trying to learn more about the situation with the detention of American citizens in Venezuela. The American diplomatic service noted that the Venezuelan authorities are conducting a "large-scale disinformation campaign," which does not allow "to separate facts from propaganda."

During interrogations, the Venezuelan authorities found that Denman and other US citizens who were part of the sabotage group worked for Silvercorp, an American security company.

Soon after the failure of the invasion of the network, a video message appeared from the head of Silvercorp, the former American "green beret" Jordan Goodro. He stated that his organization’s employees operate in Venezuela. Now his extradition is sought in Venezuela.

Later it became known that this company had previously concluded a contract with the leader of the Venezuelan opposition - the self-proclaimed "president" Juan Guaido. Information about this was published by The Washington Post. According to her, the amount of the transaction concluded in October 2019 amounted to $ 212.9 million.

To confirm this information, the publication published a copy of a seven-page contract signed by Guaido.

The authenticity of the document, according to the publication El Periódico, was confirmed by the assistant Guaido Juan Jose Rendon. However, according to him, the agreement allegedly never entered into force.

Based on the information publicly available, it is impossible to say with 100% certainty whether the US authorities were aware of the upcoming operation, experts say. However, according to Dmitry Burykh, without the sanction of the American authorities, albeit unofficial, such an action would be unrealistic.

“Without the knowledge of the US administration, such a deal is hardly possible. And the financing of the forces associated with Guaido comes from the United States. In this regard, the program of financial assistance to the opposition in the person of Guaido, which the Americans are implementing, plays a key role, ”said the expert.

According to Dmitry Burykh, the failure of Operation Gideon is unlikely to “cool the hot heads” in Washington, which set themselves the task of overthrowing Maduro.

“The United States quite clearly adheres to the action plan that they identified earlier. It will be implemented. It can be assumed that other provocations of this kind will follow, ”the analyst said.

A similar opinion is shared by Andrei Sidorov. At the same time, he recalled that the United States is trying to overthrow Maduro, not only through special operations, but also through economic strangulation. Under Trump, Washington imposed sanctions on the Central Bank, “the key sectors of the Venezuelan economy operated by the regime, including the oil and gold mining industries,” as well as 200 individuals and legal entities of the republic.

“Trump, unlike his predecessors, has not yet plunged into any global military adventure. He prefers economic methods of influence: sanctions, blockade, trade wars. Therefore, in the foreseeable future, unless something extraordinary happens, the Americans will not go to a full-scale military operation, but they are likely to increase economic pressure in order to provoke discontent in Venezuelan society and remove Maduro from his hands, ”Sidorov said.

However, all this has not yet yielded results, experts say, despite the rather difficult economic situation in the country and the protracted political crisis, aggravated after the opposition leader Guaido declared himself president.

According to the Burykhs, the country's population mainly supports Maduro, since Guaido has discredited himself and is more like a political adventurer. In this regard, cooperation with the US PMC is unlikely to positively affect its image, the analyst said. He recalled that the opposition had openly stated earlier that he did not rule out the option of a foreign invasion to overthrow Maduro.

“Guaido’s reputation was already at a rather low level due to his ill-conceived actions. It is also necessary to take into account the traditional anti-American sentiments that are characteristic of Latin America, as well as the sad experience of American military interventions in the countries of the region. People there remember all this and react extremely painfully to such things, ”concluded Burykh. 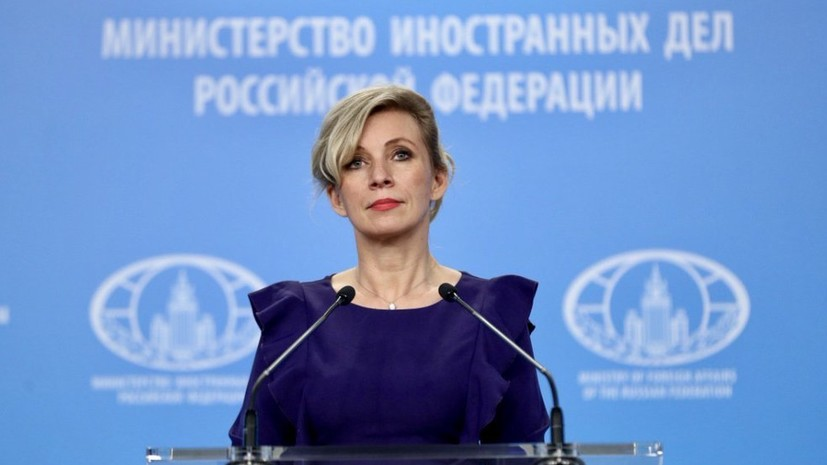 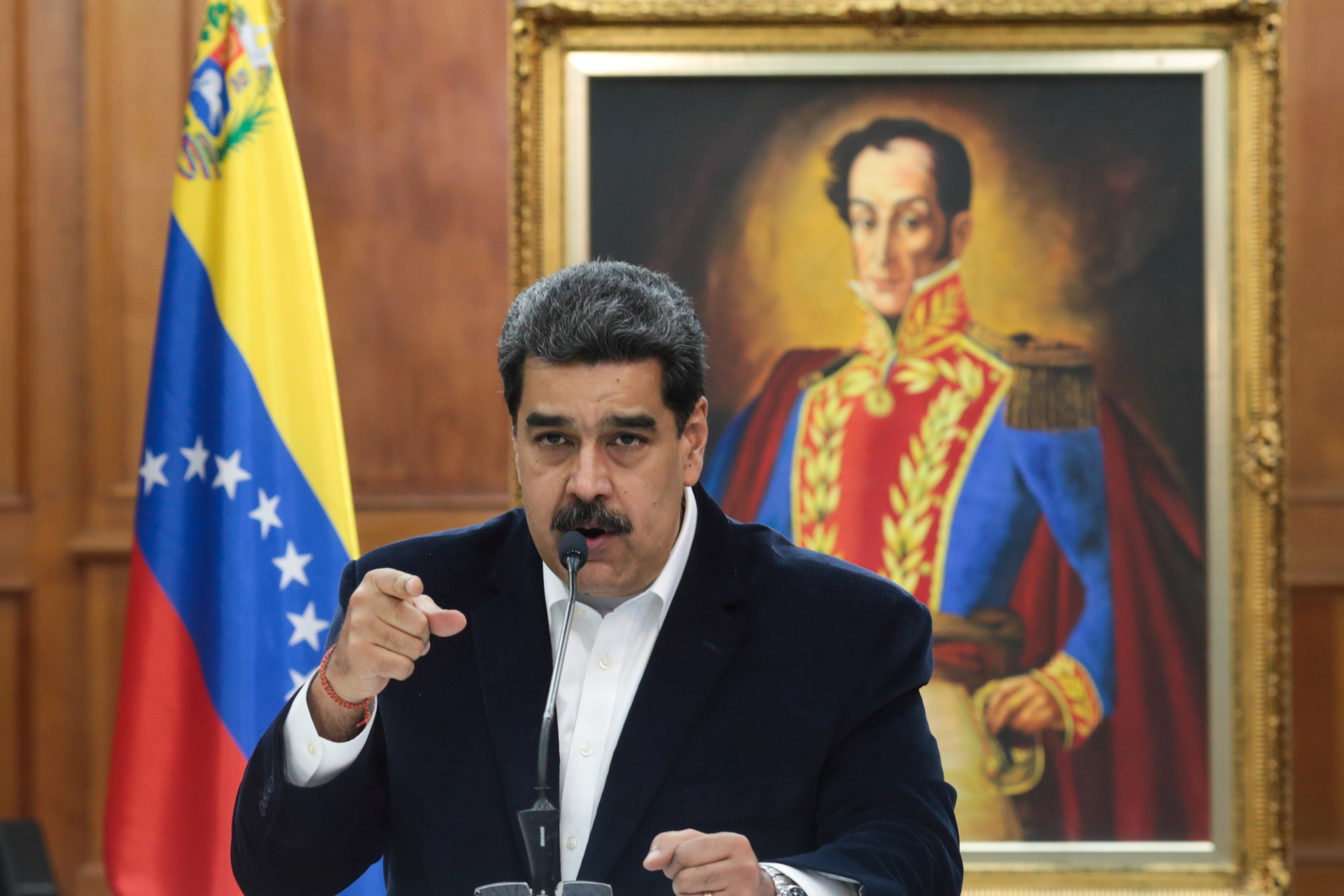 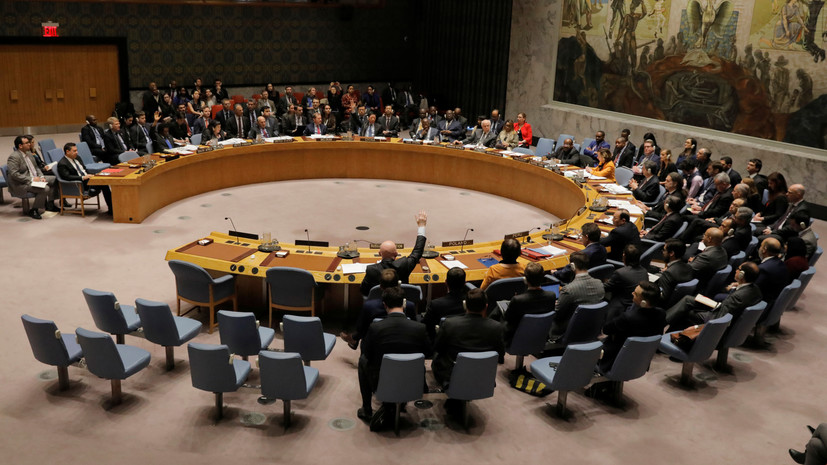 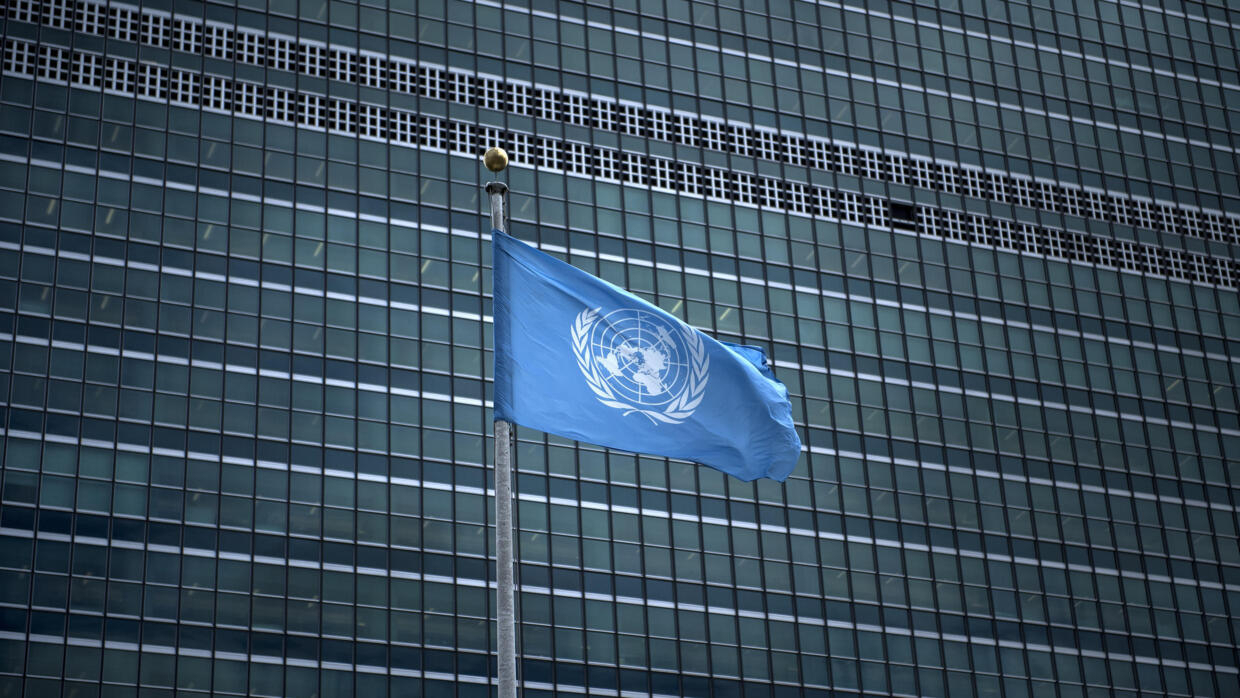 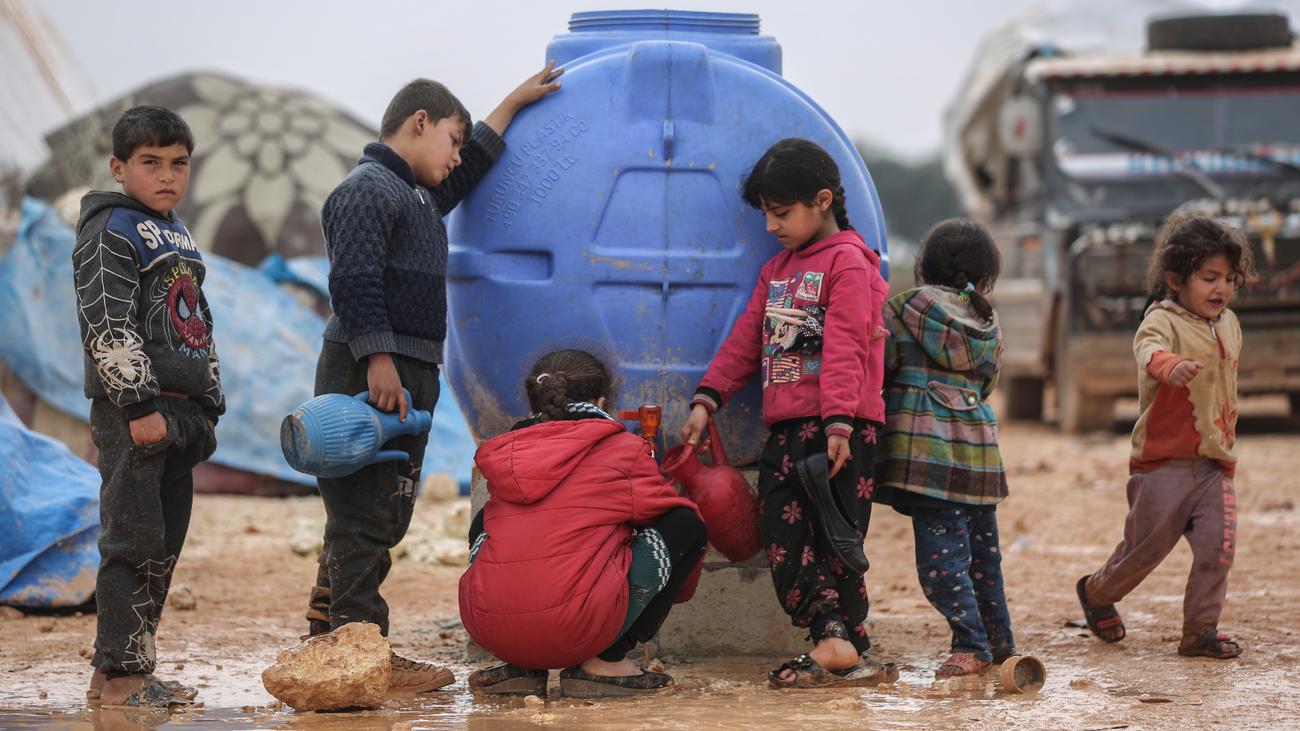 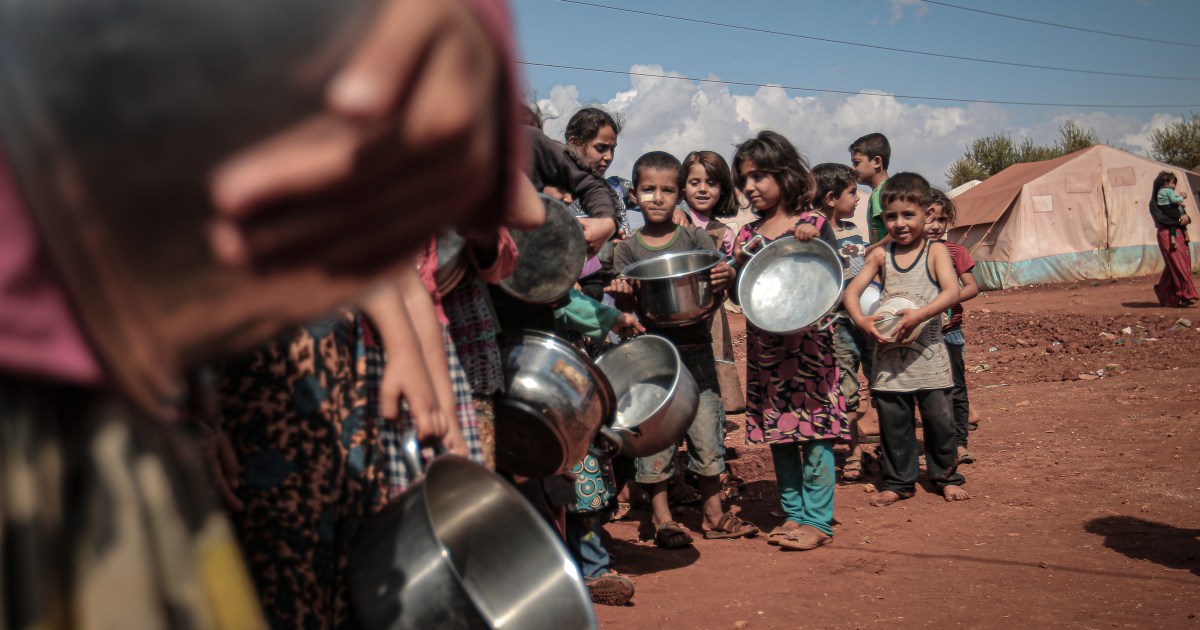 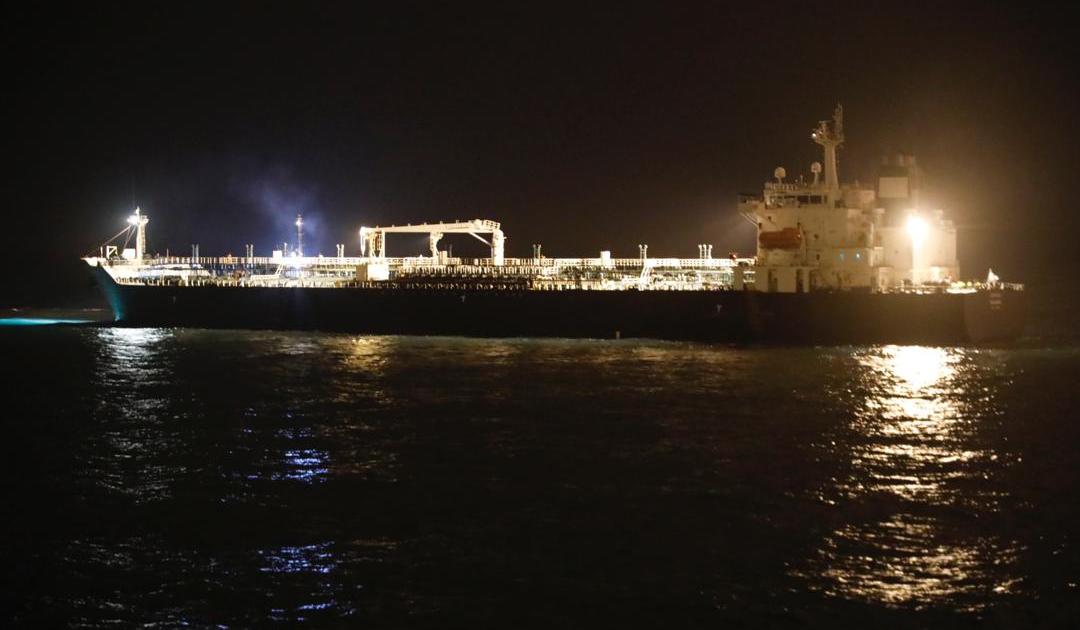 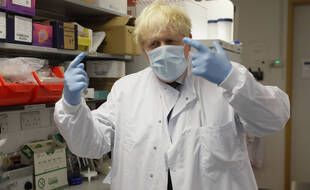