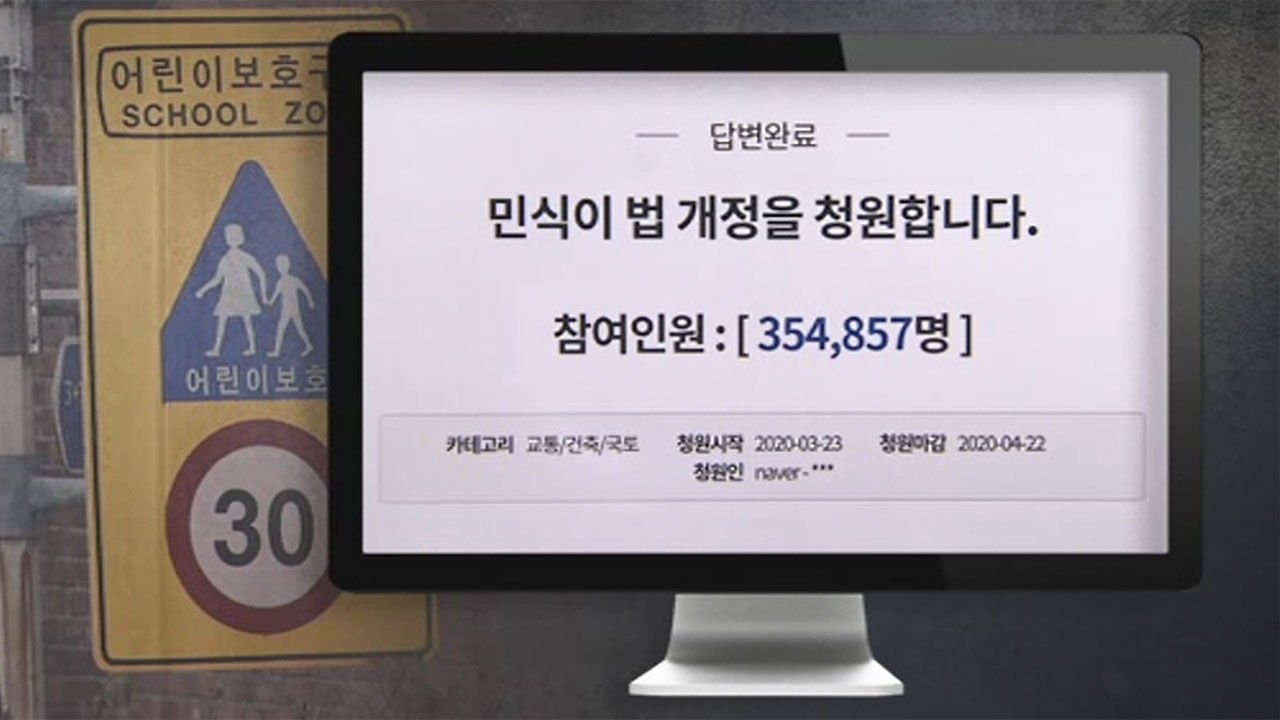 child is killed by violating a safe driving duty in a child protection area and a child is killed or imprisoned for 3 years or more in prison and injured, a fine of 5 million or more and 30 million or less or 1 year or more and 15 years Hereafter, they are sentenced to imprisonment. This is the core content of the 'People's Diet Act'.

The driving speed of the child protection zone is limited to 30 mph. As the law went into effect last March, there was a controversy over the punishment, and over 350,000 people agreed to the Blue House National Petition for amendment to the law. Today (20th), the government responded to the petition and said it was "excessive concern." .

But the objection that punishment is excessive is also difficult.

[Han Moon-cheol / lawyer: In the event of a fatal accident, the driver is not seriously wrong, and the child's fault is much greater. It is difficult to avoid pointing out that this is too much punishment.]

In response, the government replied that it was 'excessive concern' when analyzing existing precedents in the petition.

[Kim Gye-jo / Head of Disaster Safety Management Division, Ministry of Public Administration and Security: Even in the existing case, it is recognized that there is no negligence in situations where the driver cannot predict a traffic accident or avoid an accident.]

In fact, in 2018, the Seoul Western District Law issued a ruling that it was difficult to ask for negligence, saying that the accident was unavoidable for drivers who died while driving at a speed of 15 km / h.

[Kim Gye-jo / Head of Disaster Safety Management Division, Ministry of Public Administration and Security: We will do our best to prevent unfair drivers by judging in detail for each incident.]

Concerns about accidents in this year regarding criticisms that reinforce punishment and neglect to expand traffic safety facilities The government explained that it would install more than 2,000 unmanned traffic control equipment and 2,100 traffic lights in the largest child protection area, and place a safety fence in over 900 places.