“No problem”: why Warsaw and Moscow did not renegotiate the gas transit contract

The contract for the transit of Russian gas through Poland through the Yamal-Europe gas pipeline, which has been in force since the early 1990s, has ended. The parties did not renegotiate the agreement, although Warsaw announced last year that it was expecting a proposal from Moscow to extend it. Now the cost of transit through Polish territory to Germany will be determined by the results of auctions at which the Polish side will sell the free capacity of the gas pipeline. However, the new fuel supply procedure will not give Warsaw any price advantages, since the demand will be created by the same Gazprom, experts emphasize. 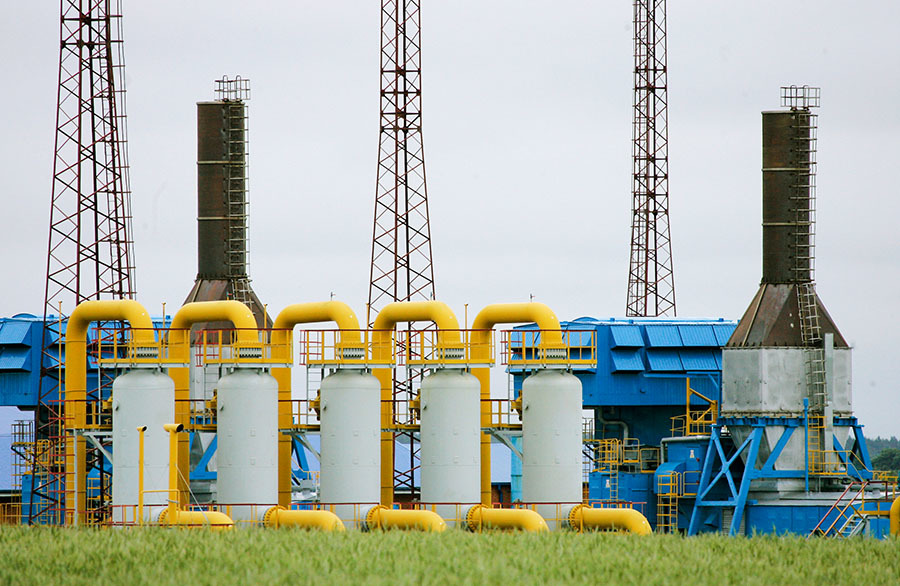 On May 17, a long-term contract for the transit of Russian natural gas through the Polish section of the Yamal-Europe gas pipeline expired. Information that the contract expired on Sunday at 08:00 local time (09:00 Moscow time) was posted on the website of the operator of the Polish gas transmission system GAZ-SYSTEM.

The company notes that from now on, the operator of the Polish gas transmission system will have more than 90% of the technical capacity at the Kondratki point on the border with Belarus and 100% at the Malnov point, at the point where the gas main enters the territory of Germany. Reservation of transit volumes on the Polish section of the Yamal-Europe gas pipeline will be made at regular auctions, the GTS operator said in a statement.

As GAZ-SYSTEM company representative Ivona Dominyak stated earlier in an interview with RIA Novosti, auctions to sell access to Yamal-Europe transit facilities for the period from May 18 to July 1 will be held daily.

At the same time, the gas and gas legislation of the European Union will apply to transit and the procedure for holding auctions.

GAZ-SYSTEM reported that as a result of the auction held in early May, 80% of the gas transmission capacities of the Polish section of the Yamal-Europe highway were reserved for the third quarter of 2020. The fuel transit tariff for the period from July 1 to October 1 will be about 30 Polish zlotys ($ 7.2) per 1,000 cubic meters. For comparison, last year the tariff was about $ 7 for pumping a thousand cubic meters of Russian gas.

As Igor Yushkov, an expert at the Financial University under the Government of Russia, noted in an interview with RT, most likely it was Gazprom that booked the free capacities of the Yamal-Europe gas pipeline in the third quarter of this year.

In fact, Gazprom is the only bidder in these auctions. He has no competition, so a Russian company can pay the Polish side exactly the same amount for gas transit as before. The termination of the long-term contract did not create any problems for the Russian side, ”the expert explained.

At the same time, Gazprom itself will soon have an alternative route for gas supplies to Germany, when the Nord Stream-2 offshore gas pipeline is put into operation. In conversation with RT, a leading expert of the National Energy Security Fund, a teacher at the Financial University under the Government of Russia Stanislav Mitrakhovich drew attention to this.

“There is also the Turkish Stream gas pipeline and a transit contract with Ukraine. So, if Poland finally breaks relations with Russia in the gas sector, it will most likely hit its economic interests, but will not receive any serious strategic advantage, ”the expert explained.

"Contract of the Century"

Recall that in 1993 Moscow and Warsaw entered into an intergovernmental agreement on the supply of Russian natural gas, as well as the laying of a transit gas pipeline to supply raw materials through Polish territory to Western European countries. Soon, the Russian Gazprom and the Polish energy company PGNiG signed two long-term contracts: for the supply of fuel to Polish consumers, as well as gas transit.

In accordance with these agreements, the construction of the transnational Yamal-Europe gas pipeline was started in 1994, through which gas from Russia was supposed to be delivered through Belarus and Poland to Germany. According to the Gazprom website, the European Union has classified this gas transportation agreement as a priority investment project. Today, the gas trunk capacity is 32.9 billion cubic meters. m per year, and the total length exceeds 2 thousand kilometers.

Actually, the Polish section of the highway totals 683 km of pipe, and also includes five compressor stations. Today, this section of the Yamal-Europe gas pipeline is owned by a joint venture of Gazprom and PGNiG, EuRoPol Gaz, and GAZ-SYSTEM acts as an operator.

At the time of the conclusion of Russian-Polish contracts, the only route for the transit of Russian natural gas to the European market ran through Ukraine. Warsaw was very enthusiastic about the opportunity to take part in the transit of raw materials, and the then Prime Minister of Poland, Hannah Sukhotsky, called the deal a “contract of the century”.

Interestingly, initially the parties assumed that the highway would consist of two branches. In April 2013, Russian President Vladimir Putin even instructed the Gazprom leadership to return to work on a project for the second branch of the Yamal-Europe gas pipeline. However, in the end, the project was not implemented.

In recent years, Poland has increasingly begun to make claims to Russia under the current gas transit agreement, traditionally complaining about the low, in her opinion, tariffs for pumping fuel.

“Now a huge amount of gas is transmitted through Poland, in fact, free of charge, this should not happen. Twenty-one million zlotys (approximately $ 5.5 million at the exchange rate of that period) versus billions of cubic meters sent to the west on a section of 660 kilometers is nothing, ”said a Polish official.

According to Igor Yushkov, the reason for this imbalance is simple: the fact is that the Yamal-Europe gas pipeline was built exclusively with Gazprom’s funds.

“That is why the parties then signed a contract on such terms,” the expert explained.

The same reason was named by Stanislav Mitrahovich.

Gazprom implemented the project at its own expense, so the gas transit tariff was so low, ”the expert said.

In December 2019, the head of the Polish energy concern PGNiG, Petr Wozniak, said that Warsaw was ready for a possible stop of transit, but expected that Moscow would want to sign a new contract for its extension.

According to Igor Yushkov, Gazprom could have agreed to sign a new long-term contract with Polish partners, but subject to a comprehensive agreement. As the expert recalled, earlier Poland filed a lawsuit in the Stockholm arbitration with a demand to retroactively review the gas supplied to the Polish side. Then the court sided with Warsaw and ordered Gazprom to pay about $ 1.4 billion.

“If the Poles agreed to an amicable agreement where Gazprom does not pay this money, but signs a new contract on terms more favorable to Poland, then the agreement would most likely be concluded. But Poland did not go for it. The image effect of the victory over Gazprom and Russia was important to her, ”the expert explained.

As a result, Gazprom simply did not have the motivation to renegotiate a transit contract with its Polish partners, Yushkov added.

“But Poland now has to constantly put up lots at auctions, and no one guarantees the Polish side that transit will continue. The risk of losing transit has significantly increased for Poland, while it will not receive more money than before, ”Yushkov emphasized.

A similar point of view is shared by Stanislav Mitrahovich.

“Acting in this way, Poland was largely guided by political motives, sought to distance itself from Russia. However, in an economic sense, this strategy makes no sense. I don’t exclude the possibility that when Russia has its own supply channels completed, Poland will be more accommodating and will return to transit cooperation with Russia, because it is beneficial to it, ”the expert summed up.