China News Client, Beijing, May 15 (Reporter Zhang Ni) Over 40% of patients have not received any treatment after diagnosis, more than half of their lives cannot be fully taken care of themselves, and specific treatment drugs are expensive ... On the 15th, the first domestic mucopolysaccharide The survival report of patients with storage disease was released, which revealed the current status of... 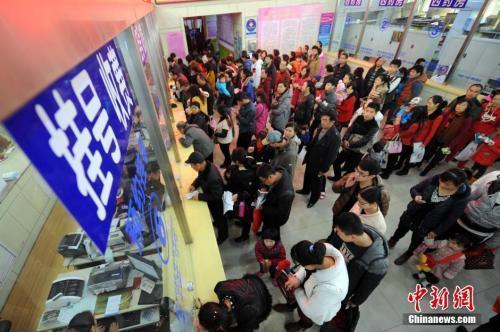 China News Client, Beijing, May 15 (Reporter Zhang Ni) Over 40% of patients have not received any treatment after diagnosis, more than half of their lives cannot be fully taken care of themselves, and specific treatment drugs are expensive ... On the 15th, the first domestic mucopolysaccharide The survival report of patients with storage disease was released, which revealed the current status of this rare disease group.

Experts in the industry called for the help of this special group to improve the diagnosis and treatment system for rare diseases in China, and to ensure that the "last mile" for patients with rare diseases is accessible and affordable.

In the picture, the Xinshe News Agency issued Wei Liangshe

The disease is a type of lysosomal storage disease, mainly caused by gene mutations, and the prevalence rate is about one in 100,000. The patient's body will show symptoms such as joint stiffness, corneal turbidity, hepatosplenomegaly, and airway obstruction, which will bring great pain and inconvenience to life. According to reports, in China, the initial estimate of the number of patients with mucopolysaccharidosis is over 10,000.

On the 15th, "Analysis of the Survival Status of Chinese Rare Disease Patients from Mucopolysaccharidosis" (hereinafter referred to as "" Report ") was officially released.

The "Report" found that families of MPS patients in China face several practical problems, such as difficult diagnosis, lack of treatment, heavy burden of care, and high cost.

The survey showed that MPS patients consulted on average 6 times before diagnosis, up to 50 times. The number of misdiagnoses can be up to 24, and the time used can be up to 69 months.

In terms of care, 60% of patients have difficulty in action, 54% cannot live on their own, and 80% have difficulty in schooling, resulting in an average of 110 days of care for the family members of the patient throughout the year, and 63% must give up full-time work.

In terms of costs, the data shows that the average total expenditure for the disease is 360,000 yuan, which is 1.61 times the annual income of the family. 68% of families spend more than 40% of the family's income on treatment. On average, they spend less than 5 months each year.

How to solve the survival dilemma faced by MPS patients and their families has become the focus of industry experts.

Jin Chunlin, director of the Shanghai Health and Health Development Research Center, believes that MPS-specific therapeutic drugs are expensive and cannot be afforded by ordinary families. This is also a common problem encountered by many rare disease medicines, and the key to solving this problem is to establish a multi-level security system, explore local medical insurance, financial support, social assistance, commercial insurance and multi-party cooperation mechanisms to prevent patients from falling into Into the dilemma of giving up treatment because of inability to pay.

Li Dingguo, chairman of the Shanghai Rare Diseases Prevention Foundation, said that the purpose of launching this survey is to use MPS as an entry point to show the common challenges faced by Chinese patients with rare diseases, and to help further explore the establishment of a diagnosis and treatment system for rare diseases in China. To solve the problem of drug access for rare diseases.

"We are also pleased to see that the country has begun to explore the establishment of a rare disease protection mechanism, and some provinces and cities have also introduced a rare disease drug protection policy. In the future, we hope to pass legislation to truly ensure that rare disease patients have medicines that are accessible and affordable." The last mile '. "Li Dingguo said.

Xue Qun, Chairman and Chief Executive Officer of Beihai Kangcheng Pharmaceutical Co., Ltd., said, "As a first-to-be local company for the creation of new drugs for rare diseases, we must not only provide patients with effective treatments for rare drugs, but also actively participate in promoting rare diseases in China The construction of the ecosphere will work with all parties to promote the establishment of relevant laws and policies, especially how to solve the problems involved in the accessibility of drugs, which will ultimately benefit more patients with rare diseases and even the entire society. "

The event aims to improve doctors, patients, and the public's awareness of MPS diseases through multidisciplinary seminars on MPS, disease knowledge promotion and science popularization for patients and the public. (Finish) 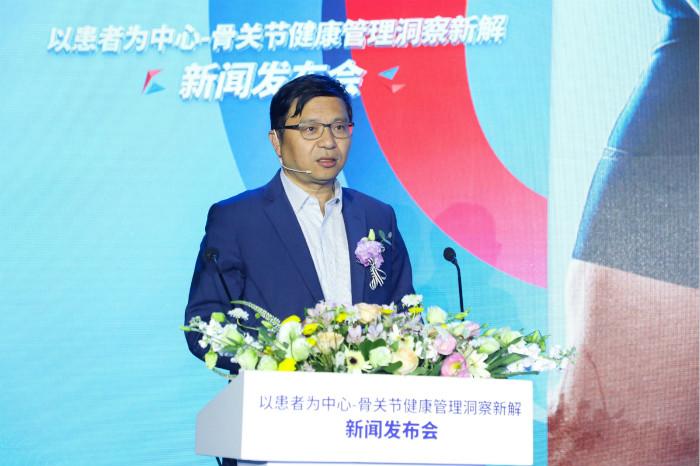