The two sessions of Chengdu kicked off: the people's livelihood of the "epidemic" was compressed during the conference 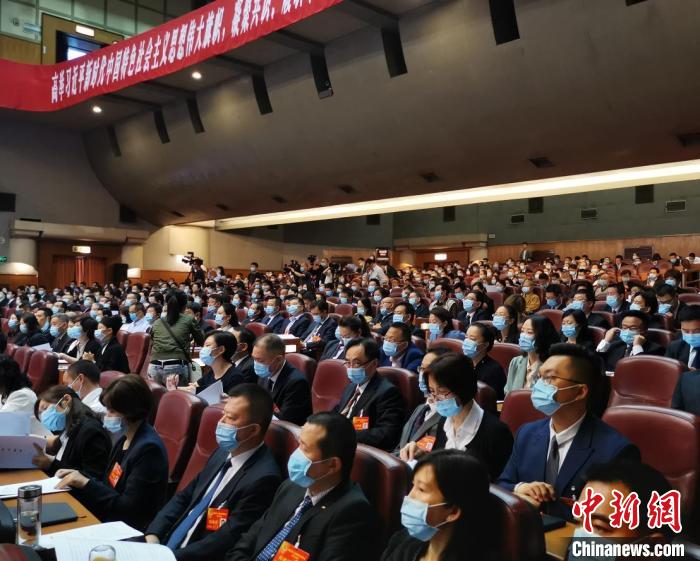 China News Network, Chengdu, May 13 (Shan Peng) The third meeting of the 15th Chengdu Municipal Committee of the CPPCC opened in Chengdu on the morning of the 13th, marking the official kick-off of the two sessions of Chengdu in 2020.

Affected by the new crown pneumonia epidemic, the third session of the 15th session of the CPPCC Chengdu Committee lasted for three days, which was a bit more compressed than in previous years. "Prevention and control of epidemic situation" is valued. There are special persons outside the venue to distribute masks, and disinfectant and wet tissues are also placed on the table in front of the venue.

How to mitigate the impact of the epidemic has become a topic of concern to many CPPCC members. "My proposal is how to make breakthroughs in agriculture under the epidemic." Li Shihong, member of the Chengdu Municipal CPPCC and chairman of Chengdu Xindao Paradise Resort, said the epidemic has a greater impact on the linkage between agriculture and the secondary and tertiary industries, hoping to introduce policies to supplement resources and land , Labor, taxation and other shortcomings, while improving agricultural infrastructure.

Tang Yuezhen, a member of the Chengdu Municipal Committee of the Chinese People's Political Consultative Conference and chief physician of the Department of Otolaryngology at West China Hospital of Sichuan University, brought forward this year's proposal on the promotion plan of the "yellow bracelet" for patients with Alzheimer's disease. "Alzheimer's disease is commonly known as 'senile dementia'. Old people with this disease can't remember things, are prone to lose their lives, and have poor self-care ability." Tang Yuezhen said that wearing such positioning, call, and The "yellow bracelet" with the key to call for help can effectively help families find the lost elderly.

In recent years, Chengdu has vigorously developed park cities, and related issues have received wide attention from committee members. Wu Pingli, a member of the Chengdu Municipal Committee of the CPPCC and chairman of Chengdu Xiangsong Culture Communication Co., Ltd., said that in the construction of the new district in the east of Chengdu, the concept of a park city should be integrated into the greenway construction at the beginning. "How to innovate cultural forms in the future to combine marketization and enhance the cultural taste of the entire parked city in Chengdu, the cultural innovation industry should play a role."

On the same day, Li Zhongbin, chairman of the Chengdu Municipal CPPCC, gave a work report on behalf of the Standing Committee of the 15th CPPCC Chengdu Committee. Li Zhongbin said that the next step will be to give priority to the implementation of the strategy of the twin-city economic circle in the Chengdu-Chongqing region, and organize special consultations around the strategic deployment of the Park City Demonstration Area and the Eastern New Area to implement the new development concept. "Five" planning suggestions and suggestions. (Finish)