May 1: florists will be able to sell lily of the valley outside their stores - France 24

May 1: florists will be able to sell lily of the valley in front of their stores 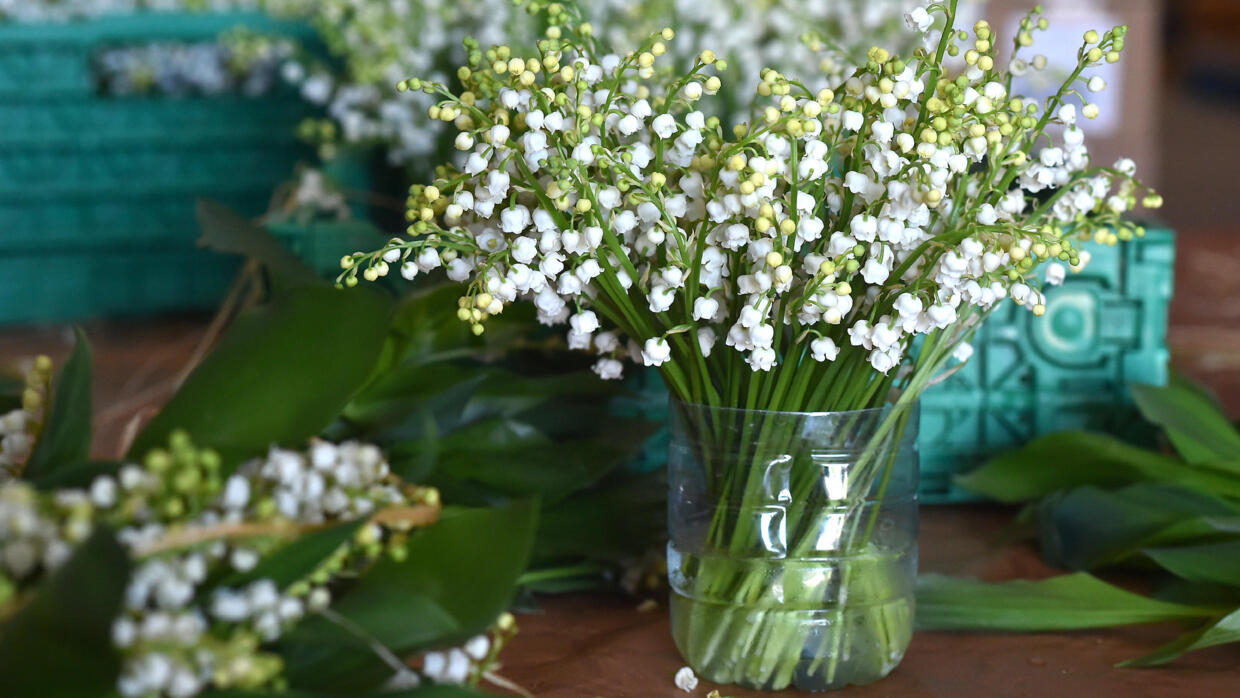 The 14,000 French florists obtained in extremis Thursday the right to sell lily of the valley on May 1, but only outside and outside their shops.

In a press release entitled "Lily of the valley will have brought good luck to flower artisans!", The federation of florists is delighted to have obtained authorization from the Prime Minister to sell the traditional lucky strand of May 1 on the steps of door, even if non-food stores and businesses must remain closed until May 11 to fight the Covid-19 epidemic.

Despite the forcing of flower professionals to try to obtain an early opening of florists as of May 1, the government has maintained their closure, and also prohibits the snap sales of lily of the valley, traditional too that day.

For cut flowers, only mail order sales and "drives" are authorized so far.

The Minister of Agriculture, who oversees the horticulture sector of flower producers, had indicated that the bells could be bought in stores open that day, food, bakeries or other tobacco shops.

This statement had raised a "general outcry among florists", recalls the federation, supported in particular by the union of local businesses (U2P) which brings together artisans, traders and liberal professions.

However, the florists who estimate that they will have lost a total of nearly 350 million euros during the two months of compulsory closure of containment, really need the 7 million euros of turnover that brings them thrush.

"It is estimated that there will only be 30% of the florists open on Thursday, and we know that there has been much less lily of the valley picked up than in other years, but for us, it was symbolic and essential to obtain this right to sell on the doorstep "told AFP Florent Moreau, president of the federation.

"Then the florists will wait until May 11 to fully reopen and limit the spread of the virus," he added.

May 1 is the 4th day of the year in terms of sales for florists behind Mother's Day, Christmas and Valentine's Day, he said.

At the Elysee, Emmanuel Macron for his part maintained Friday the traditional ceremony of handing over lily of the valley on May 1, in small groups.

Normally, during the weekend of May 1, 31% of the sprigs of lily of the valley sold in France are purchased from a florist, 25% in mass distribution, 11% on a market, 9% in garden centers, 4% on the exploitation and 20% in other places, especially on the street, according to the panelist Kantar.