Florists' lily of the valley, a lucky charm with a limited taste this year - France 24

Florists' lily of the valley, a lucky charm with a limited taste this year 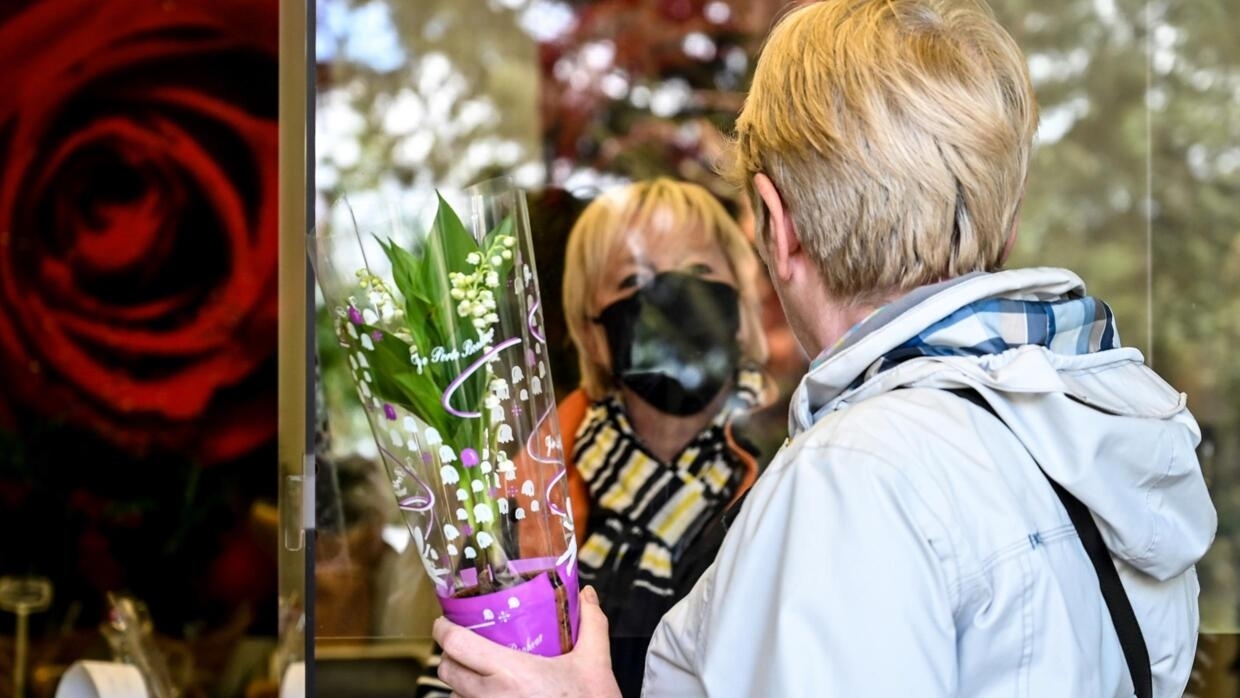 The confined May 1 will ultimately bring little luck to florists: they are allowed to sell thrush on Friday only for delivery or pick-up on their doorstep. Epidemic requires.

And this despite a relentless forcing to try to obtain from the government an authorization for direct sale in front of their stores of precious white bells, which bring them some 7 million euros in turnover each year.

Thursday, the day before May 1, the French Federation of Florist Craftsmen believed it: in the afternoon it published a press release indicating that it had obtained "from the Prime Minister" the authorization to sell the traditional lucky strand in front of flower shops, closed to the public since March 17 like most other shops deemed "not essential to the life of the country".

Before being repudiated in the evening by the government which published a strict reminder of the rule: are only allowed for florists deliveries and withdrawals of orders on their doorstep.

This clarification effectively excludes a formal authorization for direct sales to florists on May 1.

A spokesman for the Ministry of Agriculture reminded AFP that sales of lily of the valley will be allowed "in essential businesses whose opening has been authorized since the beginning of containment", such as supermarkets, grocery stores, bakers or tobacco shops.

This announcement made on April 21 by the Minister of Agriculture, who wanted to support the horticulture sector of lily of the valley producers, had also sparked a general outcry among florists on the theme: "To each his job".

"Florists' stores are closed like all other stores," said Didier Guillaume, interviewed on CNews Thursday evening, "there can be no discrimination."

"What we have authorized is that the florists can deliver or that their order can be picked up in front of the store, but in no case can the stores be opened," he insisted, recalling that "l 'government objective' is to 'win the battle against the virus'.

In the aftermath, the Federation of Florist Artisans also admitted in a corrective statement Thursday evening that "the possibility for florists to sell on their doorsteps was not granted by the Prime Minister", but only "mentioned during 'a meeting in Matignon ".

In fact, the situation of florists and the entire horticulture sector is quite difficult.

The 14,000 French florists alone estimate that they will have lost a total of nearly 350 million euros during the two months of compulsory containment closure.

Many of them were counting on May 1 to rebuild their financial health.

This day is the 4th day of the year in terms of sales for florists, behind Mother's Day, Christmas and Valentine's Day, said Florent Moreau, president of the federation, at AFP.

Little consolation, the florists have obtained that street sales, for the benefit of associations in particular, which are traditionally authorized and which they live as unfair competition, are also prohibited this year.

"If they put their trestles of preparation for delivery in front of the stores, it is a bit as if, at the regulatory level, they were authorized to sell", reassures one of them by hoping that he there will be no check too fussy.

Normally, during the weekend of May 1, 31% of the sprigs of lily of the valley sold in France are bought from a florist, 25% in mass distribution, 11% on a market, 9% in garden centers, 4% on the farm and 20% in other places, especially on the street, according to the panelist Kantar.

At the Élysée, Emmanuel Macron held the traditional ceremony of handing over lily of the valley on May 1 on Friday, but in small groups.

And the Ministry of Agriculture explains on its website why it is necessary to offer thrush on May 1: "a tradition of good luck that goes back to the Renaissance".