Nilsson gets a company familiar with his conquest of a new species. 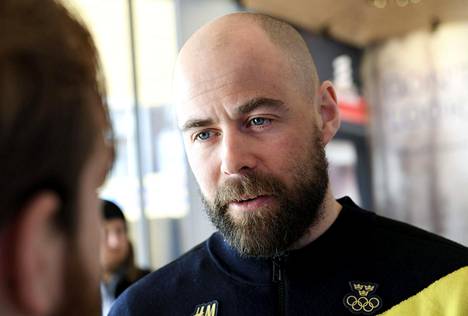 Swedish sprint Olympic champion Stina Nilsson surprised many in March by announcing that she would become a biathlete.

Now Nilsson is getting to know the company in his new sport, as the Swedish Biathlon Association has appointed Rikard Grip as the new general secretary of the association.

Grip, 39, made an impressive mark on the Swedish cross-country team as head coach and national team leader in 2010-19. During his time, Sweden won 35 medals at the Olympic and World Championships and won the skier's podium more than 300 times in the World Cup.

According to Expressen, among others, the surge in the Swedish national team would have originated when the successful coach Grip was fired from the team's head coach in August 2019. After the cross-country team, Grip served for a short time on the Swedish Olympic Committee.

- Biathlon is an exciting, great audience sport both on site and on TV, Grip glows.

Grip had time to serve on the Swedish Olympic Committee for a while before moving to biathlon.

Grip also previously served as Nilsson’s personal coach. Nilsson is now aiming for the 2022 Beijing Olympics as a biathlete, and Grip doesn’t want to guess how the sport change will ultimately succeed.

- Hard to say, I have no experience on the shooting side of biathlon and I don't know much about it. Much depends on how he (Nilsson) handles the shooting, but he is a very purposeful athlete, Grip thinks.