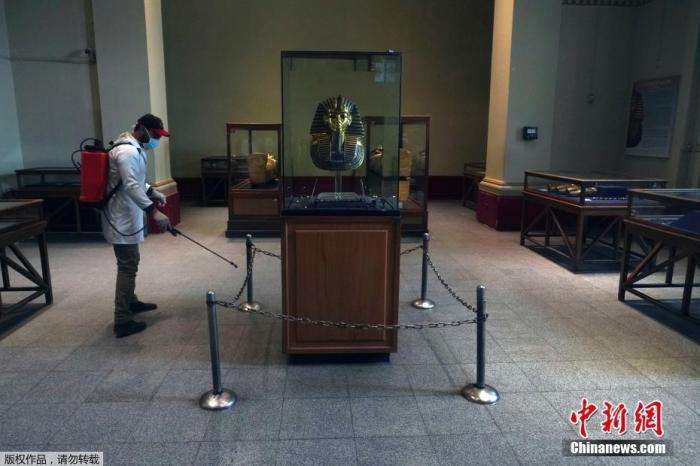 China News Service, April 28, according to Agence France-Presse, in order to control the spread of the new crown virus, Egyptian President Sisi ordered the extension of the state of emergency for three months on the 28th.

On March 23 local time, a man disinfected in the Egyptian Museum in the center of the Egyptian capital Cairo.

The presidential decree stated: "In view of the serious health and safety situation ... Starting on Tuesday, April 28, a state of emergency entered the country for three months.

Up to now, there have been a total of 4782 cases of new coronavirus infection in Egypt, 337 deaths and 1236 recovery.

Egypt has been in a state of emergency since April 2017, when a branch of the extremist group "Islamic State" claimed to have created two church bombings, which resulted in dozens of deaths.