Interview with the project leader of the World Economic Forum: Stigmatization and politicization do not help global cooperation in the fight against epidemics

(Fighting against New Coronary Pneumonia) Interview with the project leader of the World Economic Forum: Stigmatization and politicization do not help global cooperation in the fight against epidemics

China News Agency, Berlin, April 10 (Reporter Peng Dawei) In response to the politicization and stigmatization of viruses and outbreaks by individual politicians or media in the global fight against the epidemic, Ryan, project leader of the World Health Forum Global Health and Medical Industry · Ryan Morhard pointed out in a recent interview with a reporter from China News Service that the new crown virus is an enemy facing all countries in the world. Stigmatization and politicization will only distract attention and will not help focus on the fight against epidemics. Only through cooperation can we overcome the virus more quickly. " He also expressed his belief that by coping with this crisis, countries around the world will learn to better cope with global challenges, including climate change, and be prepared for the next crisis.

As an international organization dedicated to promoting public-private cooperation, the World Economic Forum has actively advocated all parties to strengthen coordinated actions since the outbreak of the new crown epidemic to jointly respond to the new crown virus epidemic. Its “Action Platform for Response to New Coronavirus” launched in early March with the support of the World Health Organization has so far attracted more than 700 members worldwide. Ryan Mohad is also the person in charge of the "Corresponding Action Platform for New Coronavirus".

Speaking of the current practice of politicizing and stigmatizing viruses and epidemics by some politicians and media in individual countries, Ryan Mohad bluntly stated that such an approach would not help global cooperation to fight the epidemic.

"We all face a common enemy, that is the new crown virus. As long as we focus on cooperation without being distracted, we can defeat this enemy faster." Ryan Mohad emphasized, "There is no doubt that pollution Practices such as naming will only distract our attention and will not help us focus on fighting the epidemic. "

In fact, in the "Spring Online Forum of the 2020 China Business Roundtable" held by the World Economic Forum recently, the founder and executive chairman of the forum, Klaus Schwab, has pointed out that this problem has been pointed out that humanity will change in a crisis It is very aggressive and tends to blame others. "But as a leader, whether it is political or business, we must see that isolated, personal efforts cannot solve the current crisis. Only unity can win."

Speaking of the current progress in the global fight against the epidemic, Ryan Mohad said that countries have now recognized the severity of the situation. As countries generally adopt anti-epidemic measures to smooth out the epidemic curve, the epidemic is gradually appearing to usher in an "inflection point" Signs.

"The key to the next step will be how to find a mechanism, because for a pandemic, countries not only need to adopt economic bail-out policies, but more importantly, they must respond in the field of public health and make up for shortcomings. "

Regarding the different strategies adopted by various countries in responding to the epidemic, Ryan Mohad believes that although the specific strategies are different, the overall goals of the countries are the same, and they are to "return to normal as soon as possible" to make the economy recover strongly and defend the health of the people. . "But to achieve these goals, you still need a strong public health system."

In response to the current international cooperation in the fight against epidemics, Ryan Mohad focused on the role of enterprises. "For a long time, we have clearly seen that in order to effectively respond to pandemics, reliable and strong public-private cooperation is very necessary, from the supply chain, data, vaccines, medicines and other fields."

According to reports, the World Economic Forum's "Action Platform for Responding to the New Crown Virus" has attracted more than 700 companies worldwide, including China's Tencent. Recently, Schwab also joined with Bank of America CEO Brian Moynihan, Chairman of Maersk ’s Board of Directors and Chairman of Siemens ’Supervisory Board Jim Snabe, and Honorary Chairman of Royal Dutch DSM Group Xie Baiman ( Feike Sijbesma) and other global business leaders issued a written statement calling on business leaders to support and implement the "stakeholder principle" to control the economic impact of public health emergencies and promote economic recovery after the epidemic.

The United Nations Climate Change Conference, originally scheduled for November this year in Glasgow, UK, has announced a postponement of the epidemic. How will the epidemic affect the process of global governance, including combating climate change? Ryan Mohad believes that the current global response to the new crown epidemic will undoubtedly shape the way to deal with other crises in the future, including climate change. "Therefore, it is very necessary for us to respond to this epidemic correctly."

"If we can unite to defeat this epidemic, then we will also have the confidence to unite to overcome the challenges of the future." Ryan Mohad said, in fact, the severity of climate change has reached an unprecedented level before the outbreak. , "We must fight two battles at the same time." (End)

News/Politics 2020-04-10T13:04:33.636Z
Interview with the project leader of the World Economic Forum: Stigmatization and politicization do not help global cooperation in the fight against epidemics 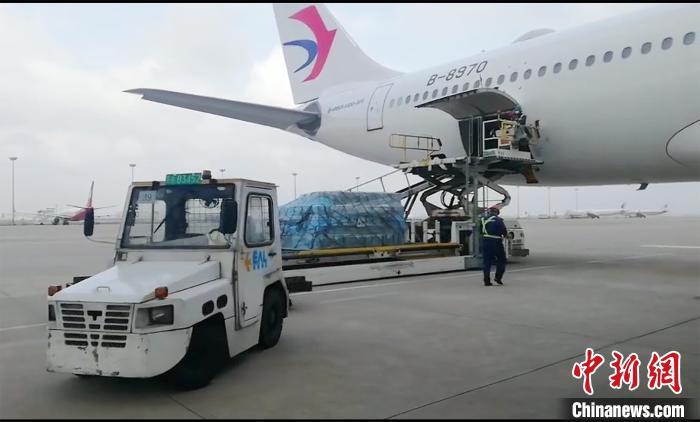 News/Politics 2020-05-23T05:01:33.512Z
Interview with Qiu Yuanping, member of the Standing Committee of the National Committee of the Chinese People's Political Consultative Conference: China will not be disturbed by unjustified accusations due to attacks