Pedro Sánchez has asked Congress for support to extend for a second time the state of alarm and the confinement of citizens, at least until April 26. "The magnitude gl Pedro Sánchez has asked Congress for support to extend for a second time the state of alarm and the confinement of citizens, at least until April 26. "The global magnitude of this pandemic is terrifying, dizzying. These are shockingly extraordinary times that require exceptional measures," he said, urging all parliamentary forces to vote in favor.

"Confinement remains an essential measure. The alarm state is working and we see how the fire that unleashed the pandemic begins to be under control. We begin to see the end of the road and we cannot back down," he explained.

But, he warned, "if the ascent has been hard, the descent will not be less than it will be progressive." "We will have to reformulate some aspects of our way of living, but that will be later, there is still time."

Now it is time to design the de-escalation phase and in this, he assured, the Government is working with a team that is designing the return to a "new normality with individual and collective, hygiene, sanitary and technological measures for the control of the pandemic. "

Scientists have established "markers" that will determine the rate of progress, it will be based on them how to return to that normality. "All steps will be staggered and very cautious," the president has warned. The first step will be taken this next week with the dehibernacion of the activities considered not strictly essential that was decreed ten days ago. "The government," said Sánchez, "has always followed and will always follow the advice of the WHO ."

" Spain needs the flag of unity," he has claimed, emphasizing the "danger of disinformation and the spread of false news spread by a million and a half false profiles on social networks." In this sense, he has asked the political forces for "responsibility" to put aside the ideological quarrels and join the common struggle.

The estimated impact of the economic measures implemented so far has been, according to the data that Sánchez has handled, of 128,868 million euros, of which 4,000 have been for the health sector and 1,100 in social aid.

Afterwards, he explained the range of measures taken in all fields and announced that a second package of guarantees and credits of another 20,000 million euros had been made available to companies and freelancers.

Pedro Sánchez has insisted that to face this disease a "seamless union" in Europe is necessary. "It is what I demand," he said, "it is now or never." Many measures are already on the table, but, according to the Prime Minister, "we need much more." In his opinion, all resources must be mobilized to implement a "new Marshall Plan". "The cuts," he noted, "are not the way."

"All of you," he said to the leaders of the parliamentary forces, "have a voice in Europe. I ask you to make it heard in favor of Spain and the EU." It has been this allusion the first one that has provoked the applause of the very small group of Socialists.

Since then, the Prime Minister has entered a veiled criticism of the opposition forces, comparing it with the attitude that in his opinion is demonstrated in other countries. "I humbly ask the opposition for unity and loyalty." "It is evident that we have all been late and Spain is no exception," he said. But what seemed to be a glimpse of self-criticism was immediately blurred when Sánchez took his chest, pointing out the fastest, most drastic, most effective measures and the greatest transparency of information in all Western countries.

The president has called for a new unit and has "solemnly" launched the offer to draw up "new Pacts of La Moncloa". I propose a great agreement for the economic and social reconstruction of Spain with all the forces that are willing to shoulder their shoulders, with companies, with the Autonomous Communities and with the City Councils.

"It will not entail a regime change, which will continue to be the constitutional one, it will not imply the loss of Parliament or the lack of information," he stressed. "I formally call next week a first meeting for all the political forces, the regional presidents and the social partners," he announced.

"Are you willing? I am." With these words, the intervention of the Prime Minister has ended.

Its will to unity is "null"

The opposition leader, Pablo Casado, has begun his intervention with harshness, assuring that the will for unity and loyalty that Pedro Sánches is now holding "is null."

Casado has again criticized the government's lack of foresight and despite this he has emphasized the support he has obtained from his party despite the "contempt" with which he is treated. "We are not like you", he insisted.

The PP will support the extension of the state of alarm, but its leader has warned that the restriction of rights "cannot be unlimited." "Democracy and liberties cannot be confined," he snapped.

The opposition leader has dismantled with the successive and ignored recommendations of the WHO and the data on infections and deaths the self-satisfaction that Sánchez has shown. "Not like that," he insisted before warning that when this crisis passes, he will ask for responsibilities.

Politics From contempt to no one: the dirty game of Pedro Sánchez denounced by the opposition

CongressCasado accuses Sánchez of "abandoning his fate" to the toilets and Abascal, of doing "everything late and wrong" 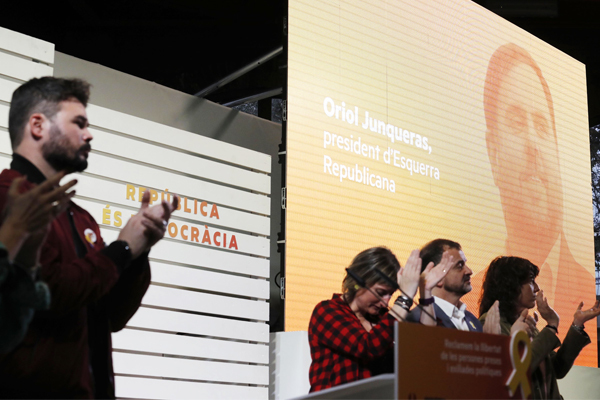 News/Politics 2019-12-21T01:31:29.520Z
Oriol Junqueras hardens his speech for the investiture but will not break up with Pedro Sánchez 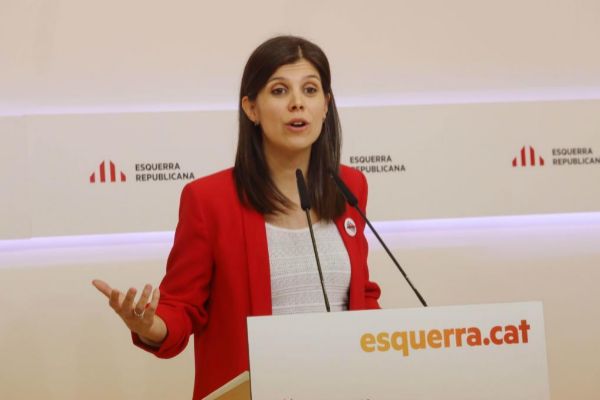 News/Politics 2020-04-04T10:33:34.355Z
Felipe González demands Pedro Sánchez to agree with the opposition on the measures against the coronavirus News/Politics 2020-05-12T16:39:41.736Z
Pedro Sánchez and Inés Arrimadas confirm a stable framework for negotiation between the Government and Citizens