Significant suffering for refugees .. The European Union hosts a donors' meeting on Syria next June

European Union foreign policy official Josep Borrell announced that the union will host a donors' conference on Syria on June 29-30, which includes all countries involved in the conflict in Syria. In reference to Turkey and Russia, while the suffering of refugees continues on the borders of Greece.

The European Union foreign ministers revealed their refusal of Turkey's decision to open its borders with Greece to refugees.

At the end of their emergency meeting in the Croatian capital Zagreb, the European foreign ministers - in a statement - expressed their deep concern about the situation on the Greek-Turkish border, and stressed their refusal to use migrant Turkey as a means of pressure to achieve political purposes.

The ministers are continuing their emergency meetings on Idlib and the refugee crisis on the Turkish-Greek border.

A draft resolution prepared for the meeting of European foreign ministers showed that the European Commission will announce additional humanitarian aid of sixty million euros to northwestern Syria.

On Friday, Josep Borrell welcomed the ceasefire agreed between Russia and Turkey in Syria, as showing goodwill, but at the same time he urged the delivery of humanitarian aid.

Borrell announced Thursday that the European Union cannot establish a security zone in Idlib, because it does not have "enough strength" to impose this, and because it is divided in this regard.

He said, "Our relations with Turkey and Russia should be improved. There are many things we must improve and discuss, and that is why we are here."

After short skirmishes, hundreds of immigrants gathered in front of the Bazarkouli border center, named Kastanis on the Greek side, chanting "freedom", "peace" and "open the gates," according to an AFP photographer.

Some protesters raised over the thorny fence banners reading "We want to live in peace."

As thousands of immigrants gathered on the Greek-Turkish border, they had to find a way to spend the night and avoid the cold.

While many of them slept in the open despite the cold, some lucky people - often families with children - made tents of tarpaulin that they pulled out of exhausted every morning. 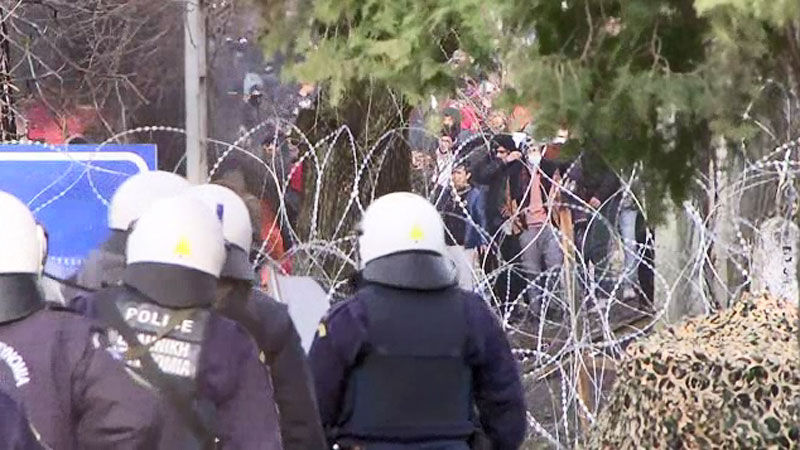 News/Politics 2020-03-10T16:25:35.889Z
The refugee crisis ... Erdogan announces a Turkish-European summit and Greece is setting up barriers on the borders