The Christian Asia Bibi, from Pakistani jails to the golds of Paris

Asia Bibi receives this Tuesday from the hands of Mayor Anne Hidalgo the honorary diploma from the City of Paris. Free since November 2019, this Pakistani Christian had been sentenced to death in her p…

After the prison, the golds of the Republic. Asia Bibi is awarded this February 25, with the hands of Anne Hidalgo, her diploma of honorary citizen of the City of Paris. The title had been awarded to her in 2014. But at that date, this Pakistani mother in her fifties was locked up in a cell in the Multan women's prison in the Punjab region of Pakistan.

The timpani of discord

Under Pakistani law, Asia Bibi was guilty of blasphemy. In question, a glass of water swallowed on June 14, 2009, on a day of overwhelming heat. Asia Bibi picks berries in a field that day near her village of 300 people in Punjab, eastern Pakistan. This very modest farm worker works with a group of women. And she is thirsty.

"I approached the well, the cool, shiny water was singing like a festive sweetness. I filled the dented cup that was there, placed on the ledge, and I drank in large sips. […] Then I heard whistling 'haram' ", can we read in" Finally free! ", the book she co-signs with French journalist Anne-Isabelle Tollet (Éditions du Rocher).

Asia Bibi is Christian in a country where 97% of the population is Muslim. With her husband Ashiq and their three daughters, they are the only Christians in the village and that seems to be a problem for her neighbor. The latter enjoins him to convert to Islam to be forgiven for having "soiled" the timpani. Asia Bibi refuses: "You have your prophet, it's Muhammad, I have mine, it's Jesus." The sentence too much: the neighbor shouts blasphemy. His fate is sealed. Asia Bibi is arrested and transferred to Shekhupura prison, also in Punjab. "I hadn't been tried yet but in everyone's eyes I was already guilty," she wrote.

Guilty because there is no worse perjury in Pakistan than blasphemy: simple accusations are sometimes enough to lead to murderous lynchings. In the Pakistani Constitution, offense is punishable by life imprisonment if the blasphemy concerns the Koran; of the death penalty if he attacks the Prophet. And in this religious state where minorities see their rights curtailed, many non-Muslims are falsely accused.

>> Read also: "Far from Pakistan, the crime of blasphemy also exists in Europe"

"Asia Bibi has become, despite herself, the symbol of the excesses of this blasphemy law so often used to settle personal conflicts, through the dissemination of false accusations", writes Anne-Isabelle Tollet. In 2010, the mother was sentenced to death.

In prison, Asia Bibi is treated as an outcast, by her captors as well as by her fellow prisoners. "My neck, which my very last [daughter] used to embrace with his little arms, is compressed in an iron collar that the guard can tighten at will with a huge nut. A long chain drags on the filthy ground , it ties my throat to the handcuffed hand of the guard who pulls me like a dog on a leash, "she describes.

A hell that lasts more than eight years. In Pakistan, political figures - such as the governor of Punjab and the Catholic minister of religious authorities - are trying to defend him. But they were both murdered in 2011. She herself appealed against her conviction several times but without success: in 2014, the Lahore Court confirmed her death sentence and she filed a final appeal to the Supreme Court.

Abroad, Pope Benedict XVI asks the Pakistani justice to review this judgment. But his intervention ignited the country and the most radical religious parties organized demonstrations to denounce the interference of the Catholic Church in Pakistani affairs.

The French journalist, Anne-Isabelle Tollet, correspondent in Pakistan, notably for France 24, seizes the cause and moves heaven and earth to free Asia Bibi. "This battle led me to speak at the United Nations, in New York and in Geneva. The European Parliament passed a resolution supporting Asia Bibi. The mayors of Paris, Madrid, Bordeaux, Le Mans, La Flèche , La Brède were sensitive to my call, "writes the reporter.

A man calls for the killing of Asia Bibi, a Christian accused of blasphemy in Pakistan, during a demonstration after her release in Lahore on February 1, 2019. © Arif Ali, AFP

In turn, presidents Nicolas Sarkozy, François Hollande and Emmanuel Macron demand his release. These supports end up paying. Asia Bibi was acquitted in October 2018. A Supreme Court decision that throws thousands of members of the Islamist Tehreek-e-Labaik (TLP) party into the street. For three days, they block the main roads of the country to demand his hanging as well as that of the judges who made the decision. Asia Bibi barely avoids returning to prison.

"After three days of a virtual civil war, the Pakistani government has turned around by signing an agreement on November 3 with religious fanatics to prevent Asia Bibi from leaving the territory," said Anne-Isabelle Tollet. But Asia Bibi was exfiltrated from her prison on the night of November 7 and managed to leave the country six months later to join her family in Canada.

Between resilience and commitment

Today she lives in Canada, in a secret place, and hopes to obtain asylum in France. Emmanuel Macron, whom she is due to meet on Friday, has already expressed herself favorably on the subject.

Resilient, the former detainee said on Franceinfo to have forgiven everything. Anne-Isabelle Tollet describes a "little piece of strong, intelligent and courageous woman". A woman whose voice "does not tremble and who, despite the trials and suffering, is powerful, lively, sparkling". An energy that she wants to put to help those who, like her, are accused of blasphemy.

Today his former cell in Multan prison is occupied by another Christian. Kausar Shagufta, mother of four and, like Asia, illiterate, is accused of having sent profane SMS in English. She and her husband are sentenced to death. 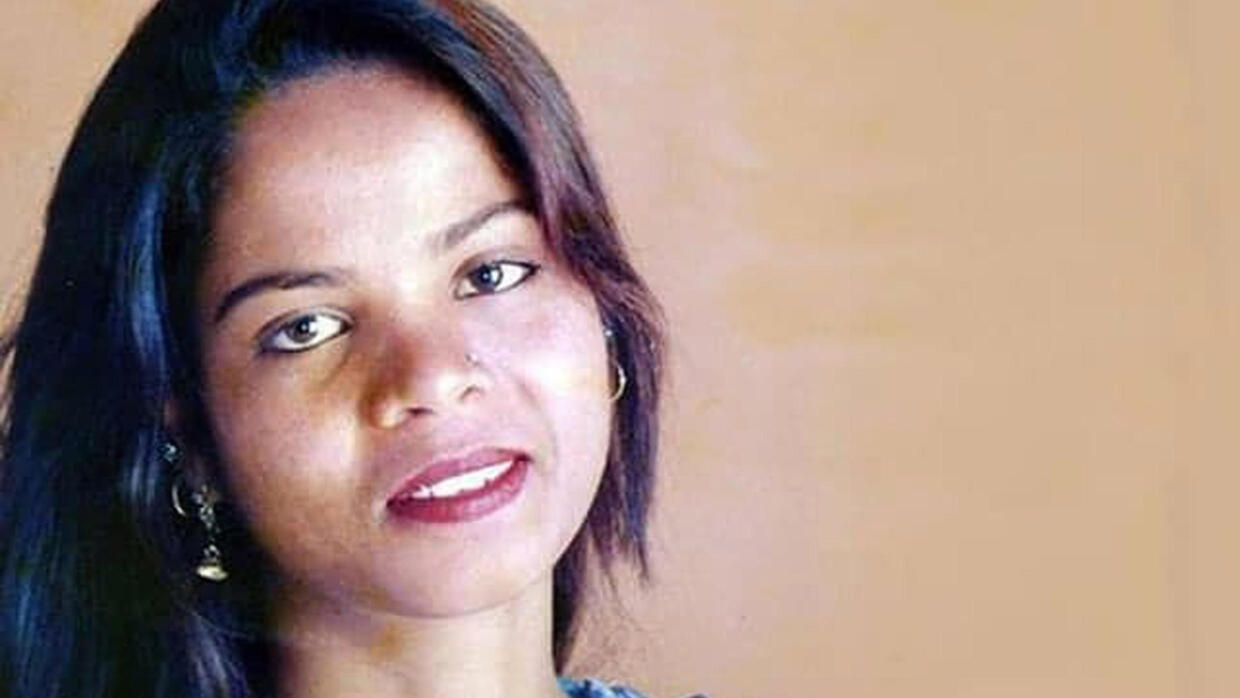 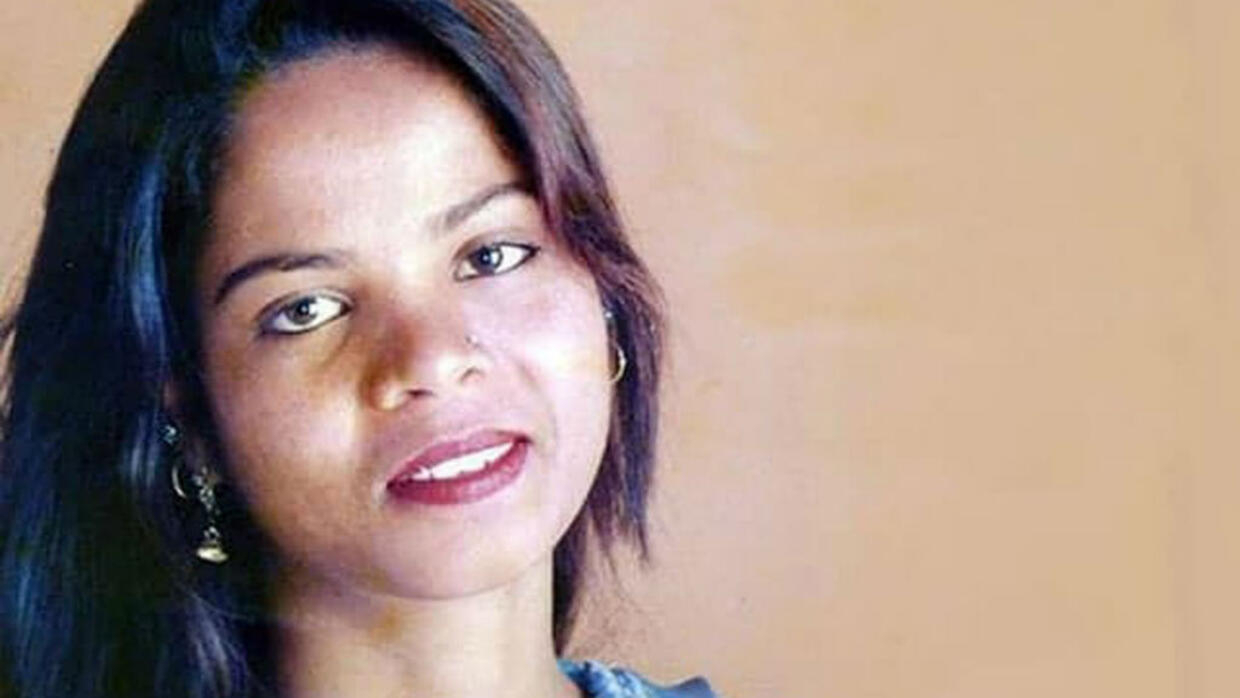 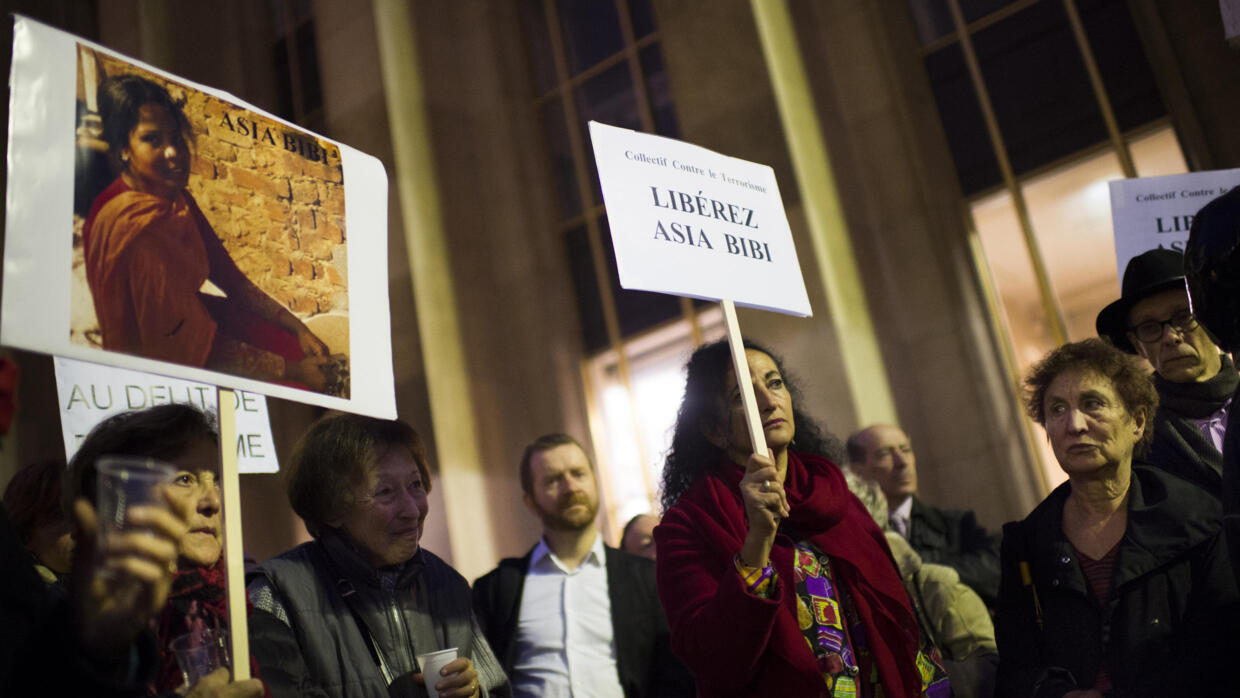 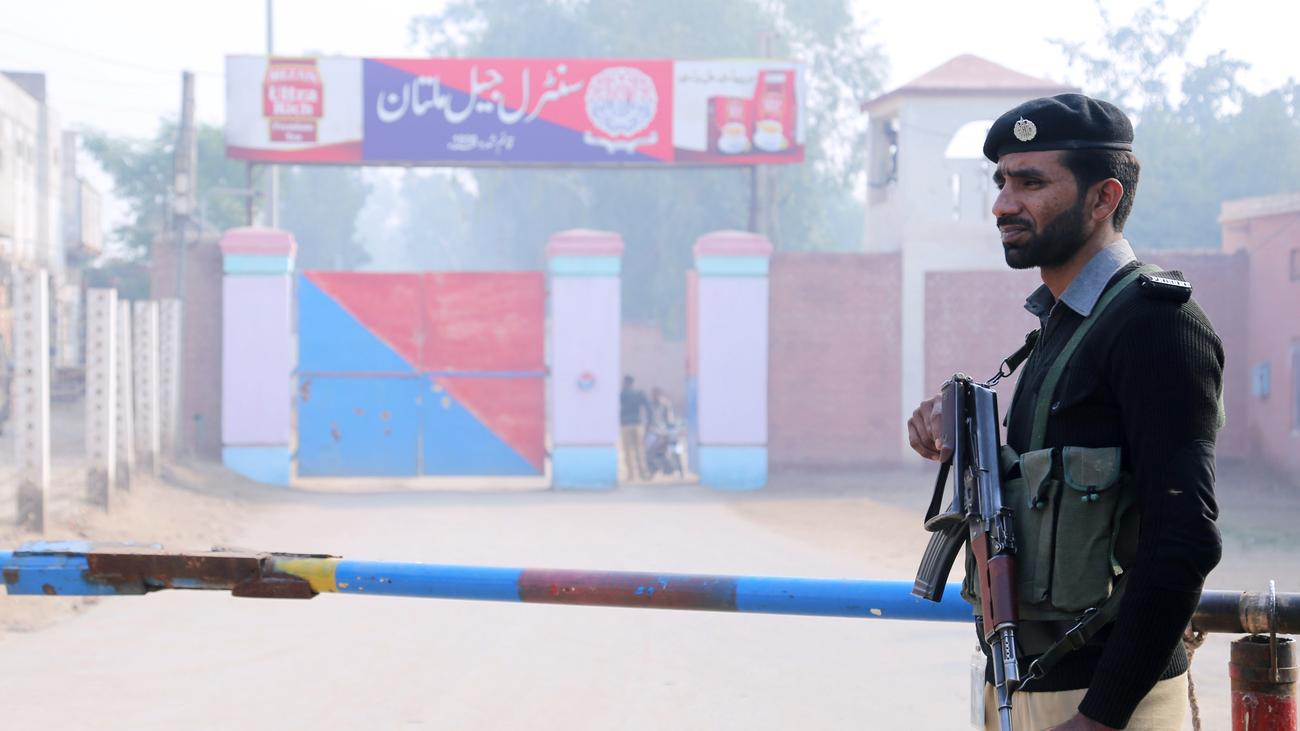