The handover of power between Agnès Buzyn and the deputy Olivier Véran, took place this Monday, February 17, 2020. The minister thus launches out in the animated campaign for the town hall of Paris and leaves with… 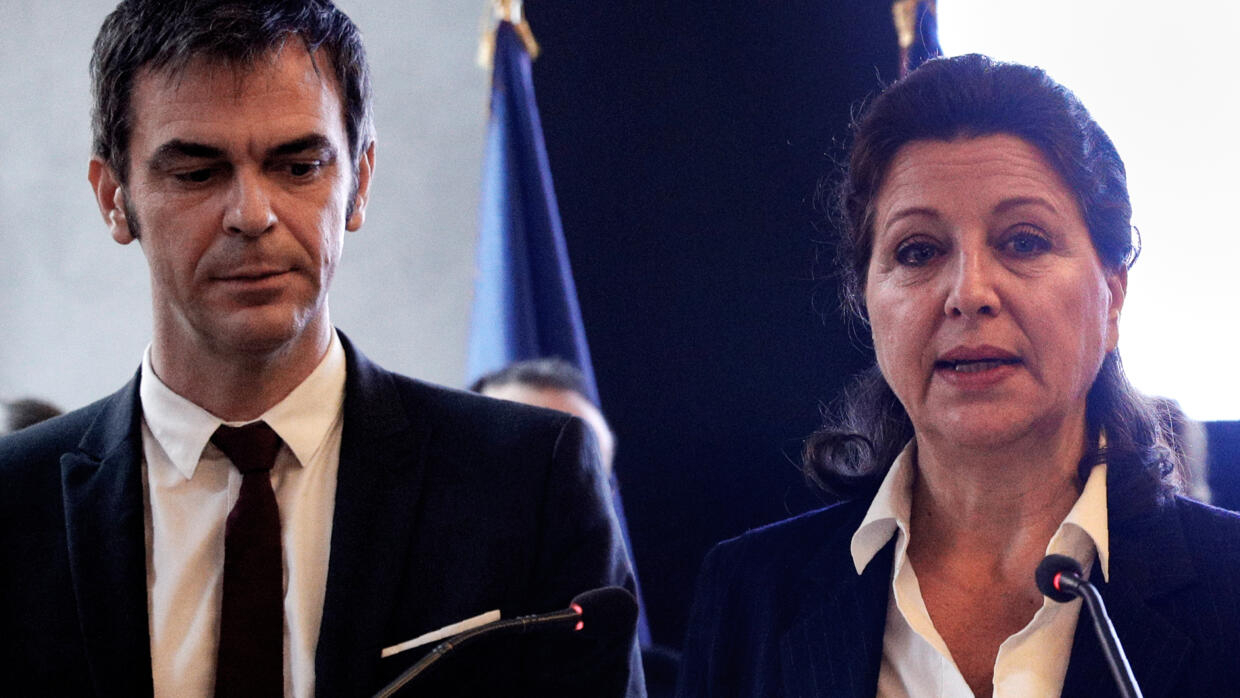 The former Minister of Health, Agnès Buzyn and his successor, Olivier Véran, during the transfer of power, February 17, 2020. GEOFFROY VAN DER HASSELT / AFP

The transfer of power between Agnès Buzyn and the deputy Olivier Véran, took place this Monday, February 17, 2020. The minister thus launches out in the animated campaign for the town hall of Paris and leaves to his successor a ministry affected by the crisis of the hospitals, pension reform and the coronavirus.

" Ladies and gentlemen, it is with great emotion that I leave the Ministry of Solidarity and Health ". From the beginning to the end of her speech, Agnès Buzyn could not hold back her tears and look good. She left her ministry with regret for a perilous mission: to relaunch the Parisian municipal campaign , swept by the shattering departure of Benjamin Griveaux. “ Today is a new start, everything starts now . And I will be there. ", She concluded.

Private Buzyn was sent to the front at the worst possible time, managing the coronavirus epidemic, the crisis in public hospitals and the pension reform. But his successor Olivier Véran , faced with criticism from the opposition, promised: the transition will be well assured: " I tell you here in all transparency, I will share with the French all the information I will have and I think I can say that at the time I'm talking to you, this is still the number 1 priority for this ministry, ”promised Olivier Véran. The task will not be easy for him either, he will face the cauldron of the National Assembly this Monday for the start of the examination of the pension reform and will have to manage the hospital crisis and the epidemic of coronavirus.

For her part, Agnès Buzyn immediately went to the HQ of her campaign where the next few weeks promise to be hectic too. Reluctant to resume the campaign, it took a phone call from Emmanuel Macron himself for Agnes Buzyn to agree to get started.

End a campaign that is not his

In just four weeks of campaigning, she will have to defend a program that is not hers, a campaign team and headers by district that she has not chosen. A mission that some consider impossible and for which she has abandoned a ministry that she liked.

Oppositions, from right to left, also cry " abandonment of post ". Same story on the side of Agnes Buzyn's new opponents, Anne Hidalgo's campaign director speaks of " serious political error ", like that of Rachida Dati.

Finally, for the entourage of dissident Cédric Villani , the choice of Agnès Buzyn is " incomprehensible ", the Walkers may well highlight the unifying and benevolent aspect of their new candidate but reconciliation is not on the agenda. For her first electoral experience, the scenario is decidedly far from ideal for Agnès Buzyn.

In the News: Agnès Buzyn, nominated LaREM candidate for mayor of Paris

Municipal 2020: LaREM looking for a replacement for Benjamin Griveaux

Municipal in Paris: replacement for Benjamin Griveaux, Agnès Buzyn already in the campaign