In Brittany, associative cafes make the heart of the villages beat 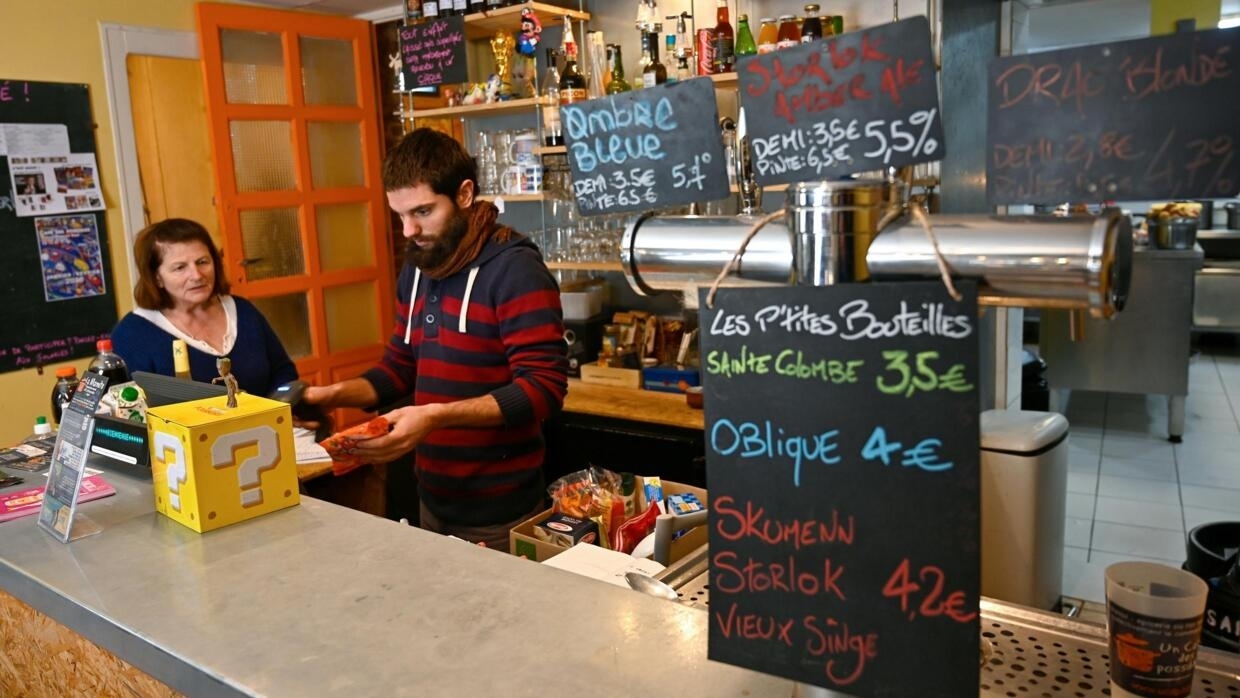 At 98, André comes to "flirt" on Sundays at the "Café associatif de Pancé" (Ille-et-Vilaine), located between his house and the village bakery. A place designed "by and for the inhabitants", which was created thanks to the decisive support of the town hall.

Opened last September on the initiative of three mothers, the "CAP" is the only café in this village of 1,200 inhabitants, 30 km from Rennes, since the closure of the last café-tabac-relais de poste in 2018 "We could see that the town was dying out, that we were going to become a dormitory village. Even the mass is turning," says Lydie Sevestre, 49, president of the association that manages the cafe.

Run by around thirty volunteers, open only on Friday evening and Sunday morning, the café aims to be a "place of friendship". On the program: concerts, aperitifs, ornithology, Christmas decor, broadcast of rugby ... and oysters on Sunday.

The support of the town hall, which pays the rent, was decisive. "We feel the negative impact of the metropolis which captures jobs, shops, and restores little to rural areas", regrets the mayor Jean-Marie Princen.

About ten kilometers away, the "Barnadette" was born in June in Chanteloup. The town hall quickly joined the project of the association of inhabitants "Les petits liens" by buying the house of the former dean of the village to install the bar. From the apple juice workshop to the escape game, "the goal is to create a bond by avoiding the sore bar, but it is not always easy to bring people in," recognizes Alain, a retired volunteer.

Far from the image of classic bars, associative cafes first intend to bring people together around events, and carefully avoid interference with other associative parties.

In Brittany, where 8% of cafes disappeared between 2009 and 2015, according to Credoc, citizen initiatives are progressing, "with acceleration from 2013", according to Pascal Glemain, lecturer in Social and Solidarity Economy at Rennes 2.

"These cafes consolidate the social bond in areas in demographic decline, and meet in other areas the need for social integration of urban dwellers who come to live in the countryside," analyzes Mr. Glemain.

To develop social ties and fight against isolation, some cafes have obtained "social living space" approval from the Family Allowance Fund (CAF), with funding.

This is the case of the Mix'Café de Tressignaux (Côtes-d'Armor), 700 inhabitants, 60% funded by CAF and which also benefits from an IV license made available by the town hall.

According to Umih, the hotel and catering trade union, 500 coffees disappear each year. To remedy this, MEPs authorized at the end of November the opening of new bars in rural areas via the recirculation of IV licenses.

This measure joins the call for projects launched by the SOS group, and supported by the government, to deploy 1,000 cafes in rural areas.

But in the field, these initiatives are sometimes freshly welcomed, such as at the Guibra, bar, grocery store and associative restaurant in Saint-Sulpice-la-Forêt, with very extensive cultural programming.

"We are eliminating public services in the countryside and we want to bring back cafes that will be empty shells", is surprised Constance, employee partner, for whom "successful initiatives are first of all the fruit of civic engagement" .

"There is a real interest in the resumption of trade in rural areas in collaborative form. Most are reborn from the ashes of traditional businesses which have not worked", notes Mikaël Laurent, coordinator of the network of Breton municipalities Bruded.

Cafes can thus take the form of "SCIC", cooperative societies of collective interest, halfway between association and business, which associates customers with governance.

"We couldn't see ourselves taking over a business without involving the inhabitants", testifies Yves de Montgolfier, from "Un café des possibilities", a bistro-grocery store in Guipel, with an orange facade and 93 members. The former socio-cultural leader wishes to develop "a new form of business management". A way for him to show "that the dynamics of rural territories has nothing to envy to that of metropolises".