Resele a good role model for future communities on Mars

A new doctoral dissertation shows that sparsely populated areas have the right characteristics to consider when building sustainable communities on the planet Mars in the future. Resele is one of the places examined in the dissertation. 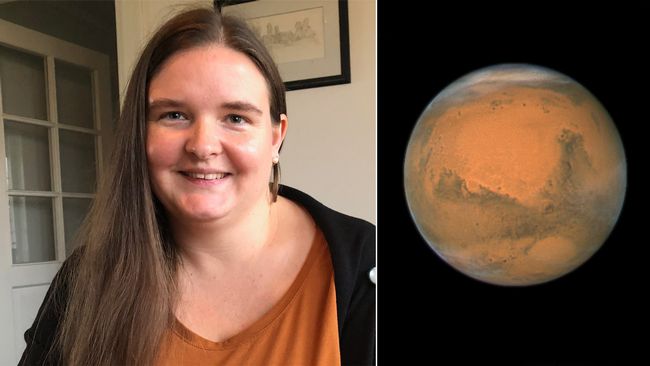 Researcher Magdalena Pfaffl has in her study, among other things, visited sparsely populated areas in both Sweden and Israel. In Sweden, she visited the resorts Resele and Glommersträsk.
- By focusing on solutions instead of problems, I managed to develop a new picture of sparse countryside and its potential, she says.

It is one of the things that both raises the quality of life for the villagers and makes it more sustainable purely economical. In sparsely populated areas you are also usually more independent and solve certain problems and challenges on your own. Properties that will also be needed on the planet Mars.

Building societies on the planet Mars is something Magdalena believes will happen in the near future.
- I am absolutely convinced that people will live on the planet Mars within 15 years. But so far, research has hardly elucidated sparse-like settlements. That's why I researched it, says Magdalena.

Service points a must

According to the study, for example, it is not sustainable, neither in the sparsely populated areas of the earth nor in the future on Mars, to be able to run both a grocery store, a system company and a post office in a small community where only a few hundred people live.

Having the same service point where people can do their everyday business is therefore usually the only solution.

A certain type of people

In the study, she describes the sparsely populated areas as heterotopias. A place where you have more opportunity to live by your own conditions, and a place for people who may not fit into the urban societal norm. Where a certain type of people thrive, while some may simply not.

And she thinks it's about the way it will look on the planet Mars as well.

After five years of research, Magdalena finds that many have the opinion that there is no future in sparsely populated areas. She thinks it's rather the opposite.

- There is a quality of life in sparsely populated areas that many people in big cities lack. It is common for jobs to be limited, but there are exceptions. Sometimes, it may instead be impossible to find staff. In sparsely populated areas it is also common to run your own company and that spirit is also needed on the planet Mars, says Magdalena Pfaffl, who wrote her doctoral dissertation at James Cook University in Australia.

Watch the clip and hear Magdalena Pfaffl talk about her research.