"Bring it to the end": Putin and Merkel announced the need to complete the "Nord Stream - 2"

Russian President Vladimir Putin and German Chancellor Angela Merkel held talks in Moscow. They discussed bilateral relations and the international agenda. So, leaders said that Nord Stream 2 will be completed, despite American sanctions. Speaking about the situation in the Middle East, Putin and Merkel noted the need to maintain a peaceful dialogue to resolve the Syrian and Libyan conflicts, as well as to do everything to maintain a nuclear deal with Iran. 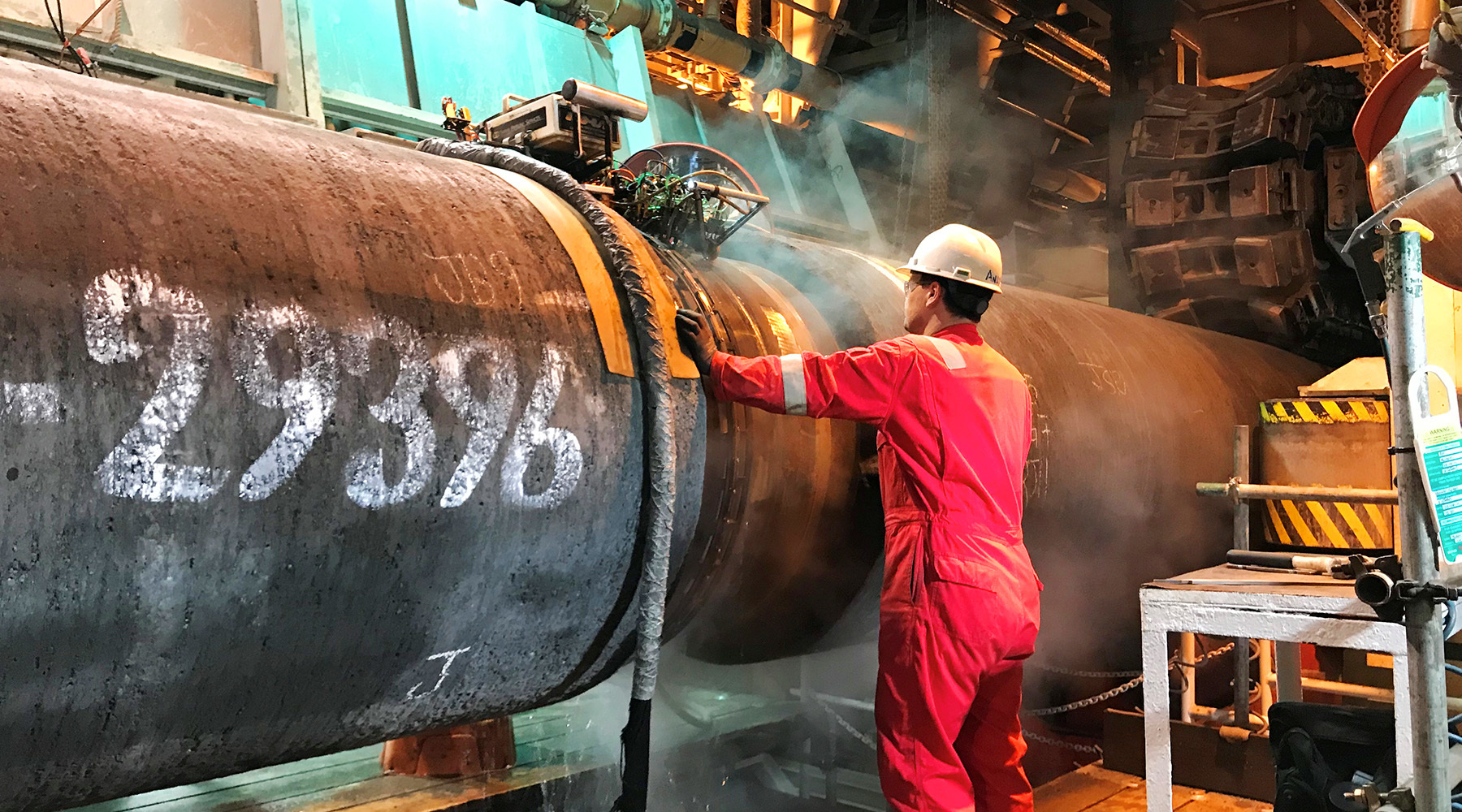 Russian President Vladimir Putin and German Chancellor Angela Merkel held talks in Moscow. According to the Russian leader, they were useful and informative.

“During the substantive and useful negotiations that took place today, we touched on key issues of bilateral relations in politics, economics, and the cultural and humanitarian sphere,” he said.

The German chancellor arrived in Moscow during a working visit. She also praised the negotiations.

“I would also like to thank you for the invitation here to Moscow and the opportunity to hold very thorough, very detailed discussions both on the bilateral agenda and on international issues. In fact, we can argue that despite some difficulties, for example with regard to sanctions in connection with Ukraine, we have very intensive economic relations, ”Merkel noted.

The leaders discussed the situation in Syria and Libya, as well as the US withdrawal from the Joint Comprehensive Plan of Action for the Iranian Nuclear Program (JCPOA).

The meeting’s agenda also included the settlement of the conflict in southeastern Ukraine, including the implementation of agreements reached at the beginning of December last year at the Norman-format summit in Paris.

Opening the start of negotiations, Putin noted that the most pressing issues would be raised at the talks.

“We are in constant contact with you, we are also dealing with internal issues - the economic and political, and the international agenda. I want to thank you for accepting our invitation and coming to discuss all these issues. There are the most acute ones, on which, as I understand it, we will focus our main attention, ”he emphasized.

In turn, Merkel noted that she was looking forward to these negotiations.

“I look forward to our conversations with you, our negotiations. I am grateful for the invitation, for the opportunity to come here, because I always think that it is better to talk with each other than about each other, ”she emphasized.

Speaking about the bilateral relations between Russia and Germany, Putin noted that Moscow proceeds from the principles of respect, equality and mutual benefit. So, the head of state noted that the Federal Republic of Germany ranks second after China in terms of trade with the Russian Federation.

Among the joint projects, Putin also noted the Nord Stream 2 gas pipeline from Russia to Germany under construction. He noted that Moscow appreciates the support of the project from Berlin.

Answering a journalist’s question, will Russia be able to complete the construction of the gas pipeline taking into account the fact that the United States imposed sanctions against European companies participating in the work, Putin assured that the project will be completed.

“Yes, we will certainly be able to complete it on our own, without attracting foreign partners. The question is the timing, this is the only question that arises in this regard, ”he said, noting that the commissioning will be postponed for several months. The launch was originally scheduled for January 1.

A similar position was expressed by Angela Merkel. According to her, the construction of the pipeline "must be completed."

"We need to bring it to the end ... Germany and other European countries will benefit from Nord Stream 2 ... Everyone is interested in diversifying their gas supplies ... This is a very important project," she emphasized.

However, she also believes that American sanctions will not be able to stop the project.

“I think that the project can be implemented despite American sanctions,” she said. “I want to emphasize once again that, despite all the political problems, we believe that extraterritorial sanctions are the wrong way, and therefore we will continue to support this project, as we did in the past.”

Germany, in a political sense, is largely dependent on the United States, but Merkel is opposed by Washington’s violation of the national interests of Germany, which include Nord Stream-2, said Dmitry Novikov, first deputy chairman of the State Duma’s Foreign Affairs Committee.

“With all its dependence on Washington, its position and politics, Germany has its own national interests. When they are cynically violated, Angela Merkel, of course, has a desire to meet the interests of Germany as a whole and the interests of those large corporations that are behind the gas project, ”the parliamentarian said in an interview with RT.

Among the international agenda, a significant number of topics related to the situation in the Middle East. So, the leaders discussed what is happening in Syria, Libya and Iran. Vladimir Putin expressed hope that things will not come to a full-fledged conflict in this region.

“As for the situation as a whole, I hope that things will not come to large-scale military conflicts. The fact that the war is going on there, we already see - with the so-called low intensity, but these are military operations, people are being killed. This is a fact, ”the head of state stated, answering a journalist’s question.

Among the measures taken, Putin called an agreement on a ceasefire in Libya. Earlier, such an initiative was made by Russia and Turkey. The head of state also noted that Moscow supports Merkel’s initiative to hold a conference in Berlin under the auspices of the UN dedicated to the resolution of this conflict.

The German Chancellor noted that she hopes for the success of this truce. At the same time, she emphasized that Berlin maintains "close contacts" with Moscow, Ankara and the EU countries in connection with the conflict in Libya.

Speaking about Syria, both leaders assured that they did not see alternatives to a peaceful settlement of the conflict. In particular, Putin drew attention to the work of the Constitutional Committee, which includes representatives of both the authorities and the opposition.

“The committee has already held two meetings in Geneva and has formed a drafting committee that will work on the development of the constitutional foundations of the Syrian state,” the president emphasized.

The position of the two countries on Iran was expressed by Merkel. According to her, both Moscow and Berlin are in favor of preserving the nuclear deal.

“We, of course, discussed the situation in Iran and are unanimous in the opinion that everything must be done to maintain the agreement,” she said. “Germany is convinced that Iran should not gain access to nuclear weapons and therefore we will use all diplomatic means so that this agreement, which, of course, is not perfect, is preserved.”

These talks will help “give Washington a signal” about EU concerns about another escalation in the Middle East, said Stanislav Byshok, executive director of the CIS-EMO monitoring organization.

“I do not think that these negotiations will lead to breakthroughs, but the common concern of Russia and Germany is underlined. And speaking about Germany, we mean the EU or a significant part of it. Concern about the possibility of a new conflict in the Middle East, because only (practically. - RT ) the Syrian conflict ended, no one would like new complications, ”he stressed in an interview with RT.

On many issues related to international security, Russia and Germany have similar positions, Byshok noted.

“We are brought together by positions on Iran and the need for an Iranian nuclear deal, which is under threat due to the fact that the United States is leaving. Plus, we are united by the desire to maintain the INF Treaty, from which the United States withdrew, arguing that Russia allegedly does not comply with it. From the political and economic point of view, there are disagreements between Russia and Germany, from the point of view of global security issues, we agree, ”he said.