The debate rages among the Iraqis two days ago after the killing of the Iranian Quds Force Commander Qassem Soleimani and Abu Mahdi Al-Muhandis, deputy head of the Popular Mobilization Authority in a US air strike near Baghdad International Airport, where the Iraqis split between critics, vengeance seekers, and supporters who wanted to get rid of what they called "Iranian influence."

In the aftermath of the event, which constituted a resounding shock among the Iraqis, a tidal wave of controversy broke out on social media, not without insults and treason, as many bloggers launched a soma in solidarity with the incident and considered it a violation of Iraqi sovereignty.

And at dawn on Friday, videos on social media showed demonstrators in Tahrir Square in Baghdad and Al Haboubi Square in Nasiriyah, chanting the killing of Al-Muhandis and Soleimani, as the voices of youth there chanted chants and songs, which sparked resentment and denunciation among the supporters of Al-Muhandis and the popular crowd.

Iraqi sovereignty
Activist Hassan Kazem told Al Jazeera Net that the assassination of Engineer and Suleimani was "a clear message to Iraq that you do not have sovereignty, and American forces can intervene at any moment to do anything, which is what actually happened."

"Until now, we have not seen an Iraqi position regarding the withdrawal of the diplomatic mission from America, nor have we read about severing ties or any real measures for the exit of American forces," Kazim asked.

According to the writer and blogger Rashid Al-Saray, the political response now is to unify the situation, remove the American occupation forces from Iraq, close its bases, and cancel the security agreement, and this is the appropriate response now, as stated on his Facebook page.

Political writer Naji Al-Ghazzi believes that the relationship of the American administration with Iraq is not equal, but rather an exceptional relationship created by unnatural conditions, so that America until this moment is an occupied country, and it is the governments that have formed and still control the political decision, and therefore Iraq is one of its strategic bases in the region.

Ghazi continues that the assassination of Soleimani, the most important Iranian military figure, is a warning bell for events that could erupt at any moment.

For his part, blogger and writer Khaldoun Ali goes a little further, as he considered that the proper procedure in every country that claims sovereignty and respects itself in front of its people and the international community is to summon the ambassador of the aggressor country and deliver him a message of protest or expulsion or sever diplomatic ties, and summon the ambassador in that country To trade.

He adds that the departure of government representatives to denounce the embassy of the aggressor country represents a precedent that the countries had not previously reported, and that the emergence of faction leaders such as Khazali, Al-Fayyad and Al-Amri with the protesters represents a fatal mistake in political work.

He continued, "It was a matter of first to leave them on their own, even if they were supportive of them. They are the makers of kings and major poles in forming the government, and they are all members of it, either directly, such as Al-Fayadh and the engineer or indirectly like Khazali and Al-Amri."

Media and activist Saadoun Mohsen Damad believes in his tweet on Twitter that "these are the results of the corruption that we have been and are still demonstrating against and warning against, corruption that does not build real information devices in order not to chase it ... corruption that is acceptable only to a prime minister who does not see, hear or speak ".

He added that "the American raids are shameful, and the Iraqi institutions have shown themselves as if they were a group of tents installed to be permissible."

As for activist and writer Mohamed Huders, he believes that "Iraq can deal politically through its parliament and press the decision globally to get America out. As for making it an arena for military conflict, only the Iraqis will lose ... We must avoid temptation, and you should not provoke young people in the military conflict and not lose lives."

He continues, "The bitter truth is that the Iraqi politicians were concerned with the pie and left everything ... America and Iran have the easiest arena is Iraq to settle their accounts directly or indirectly."

Confrontation and loss
The writer Hazem Al-Shammari believes that what happened was the result of a set of mistakes that occurred during the period before the storming of the American embassy in Baghdad. After parties and militias failed to stop the demonstrations, they turned the confrontation with the United States, and they tried to have a counter demonstration that ended in storming the embassy and then an American bombing For the most prominent leaders of the crowd, in addition to the commander of the Jerusalem Corps.

Al-Shammari said in his interview with Al-Jazeera Net that "what happened is a victory for us" and got rid of one of Iran's most prominent arms in Iraq and the region, but in general it is not possible to look at the scene of the funerals of Soleimani and the engineer without looking at the overall picture that Iranian influence represents.

"We are really happy with the end of this black era, but our fears are increasing about what the future holds for us as protesters first, and what will the situation be like? There is a state of hysteria among the followers of those who died in the American strike," Al-Ali told Al Jazeera Net.

He continued, "Following the celebration by a group of young people in the evening, an unknown group of knives attacked the demonstrators in Tahrir Square and stabbed a number of them ... We fear that the incidents of aggression will recur in the protest spaces, because the position of some of them is positive and with the sovereignty of the state and reject any interference."

On Saturday morning, Baghdad witnessed the funeral of the bodies of those killed in the American strike that Soleimani and the engineer fell, and the "# We Will Revenge" sign spread, in which Iraqis vowed to take revenge for the dead. 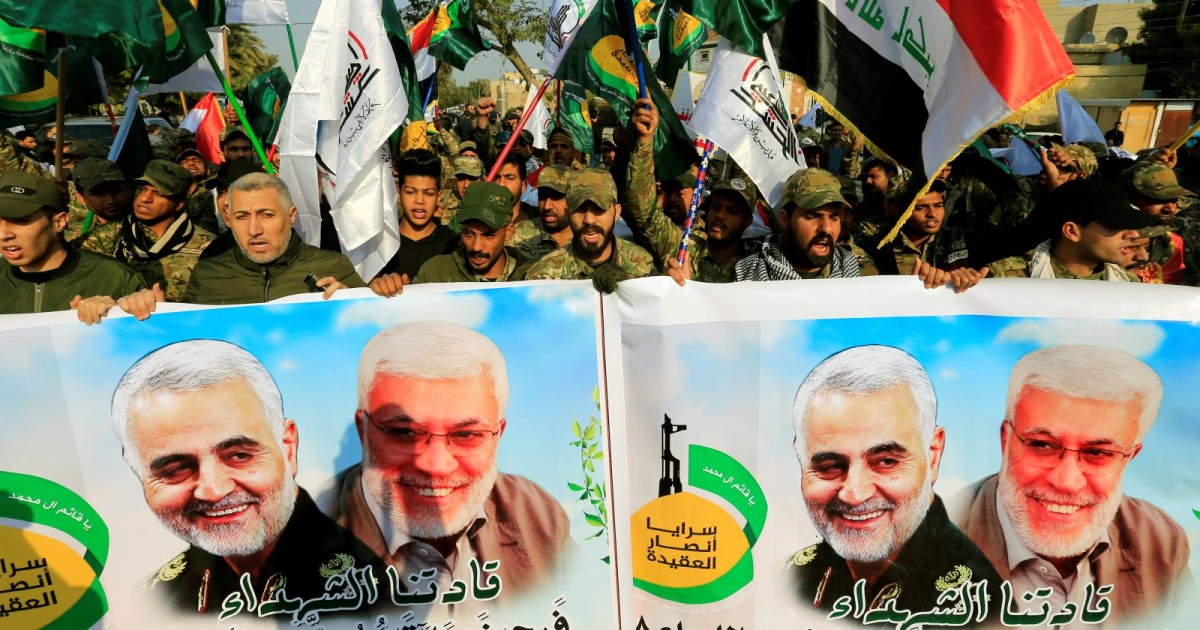 News/Politics 2021-01-03T19:09:26.440Z
Commemoration of the killing of Soleimani and the engineer ... Mass demonstration in Baghdad, speech to Nasrallah, and Israeli military preparedness News/Politics 2021-01-03T09:59:08.617Z
Crowds in Baghdad to commemorate the assassination of Soleimani, the engineer, and the Iraqi Hezbollah announce their position on "revenge." News/Politics 2020-12-13T14:17:12.714Z
A leaked document reveals new details .. Has the plane that assassinated Soleimani and the engineer flew with Iraqi permission? News/Politics 2020-12-27T13:13:48.085Z
A year after the assassination of Soleimani and the engineer .. Did the escalation in Iraq portend mere media intimidation? 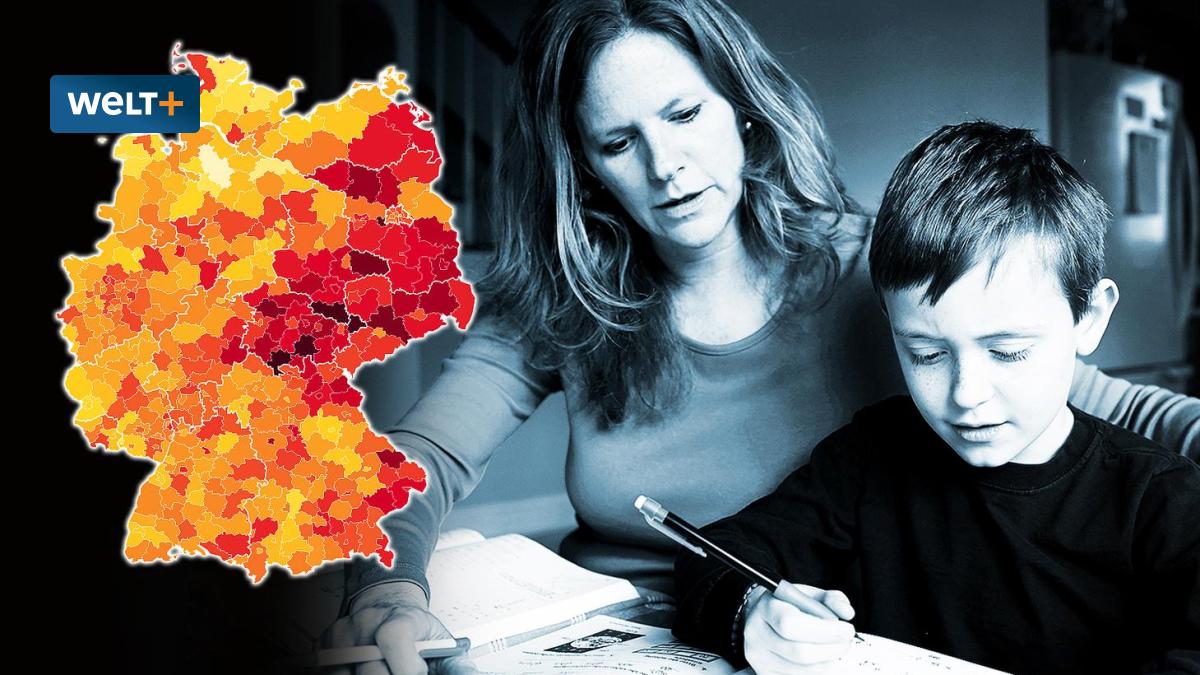 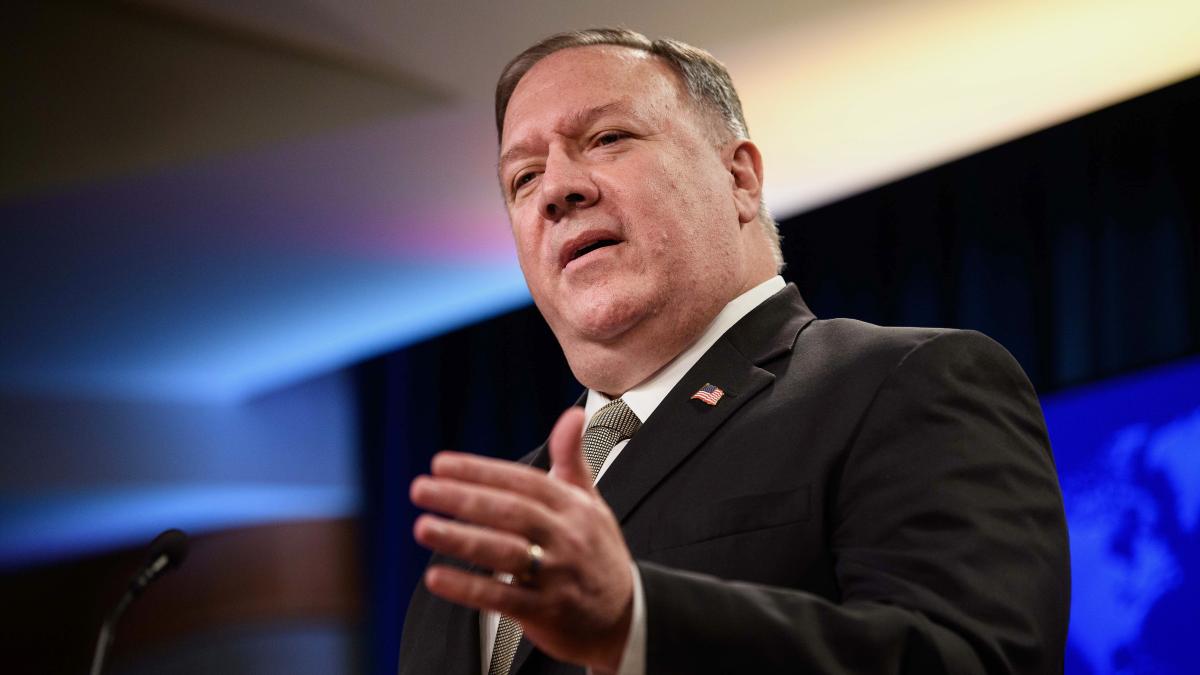 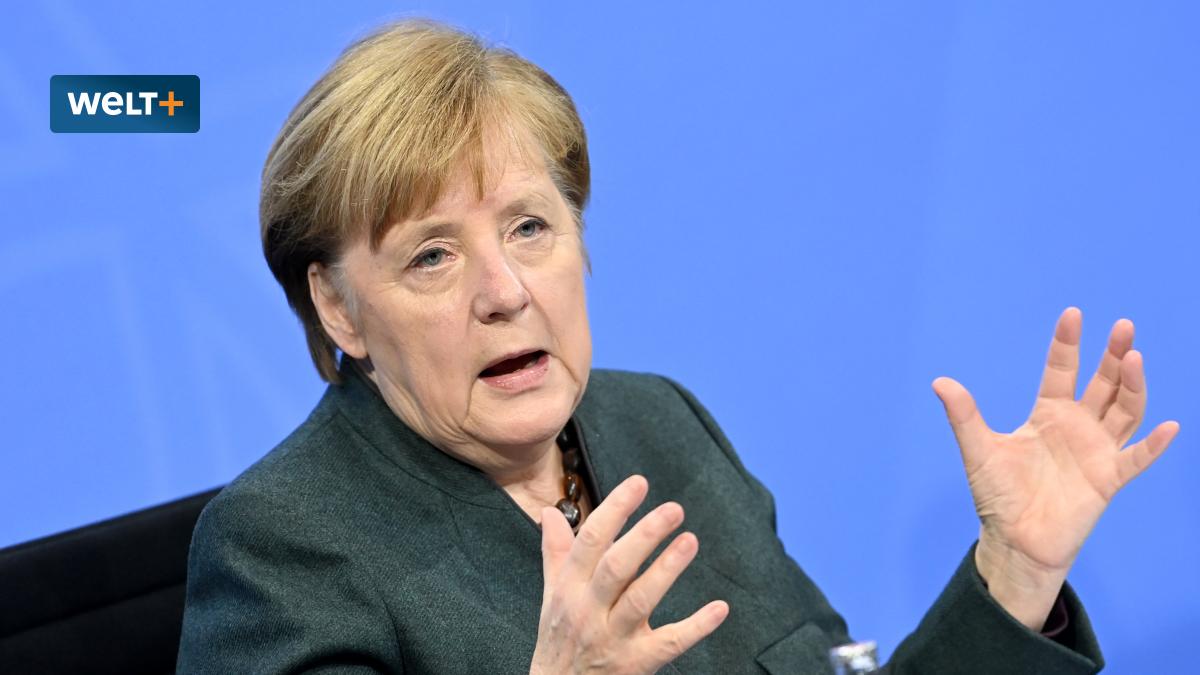 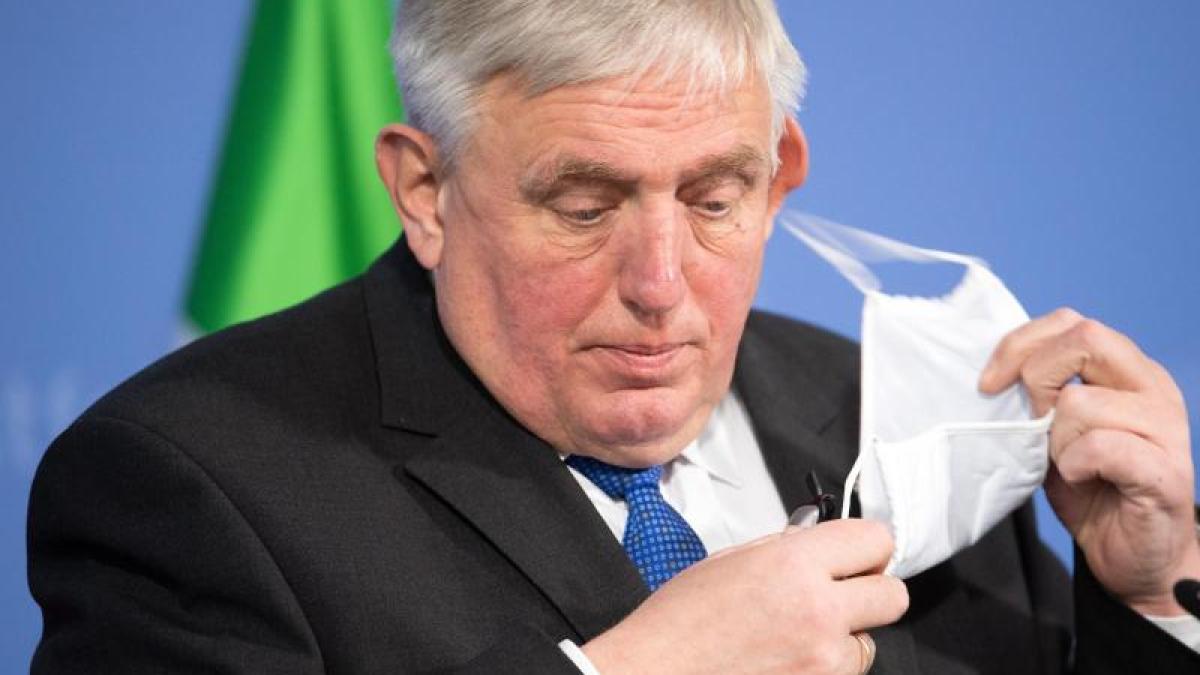 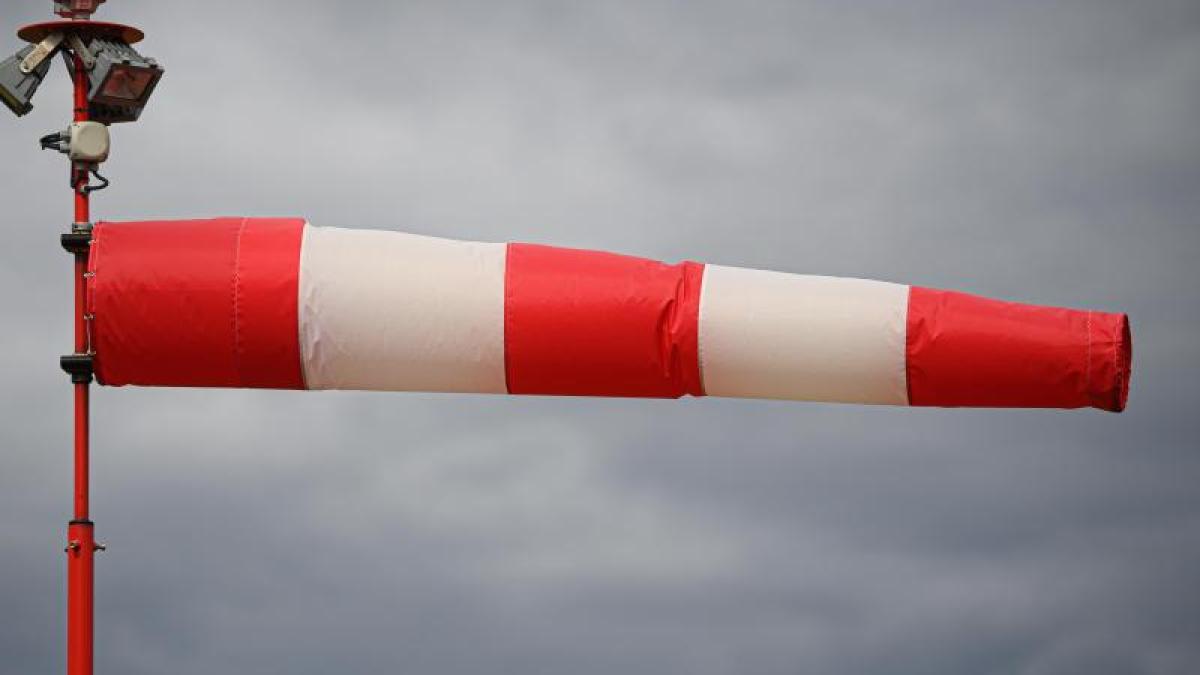