Kjäll Gustafsson was killed when he tried to stop the robbers

"My brother had a terrible civilian cure, I would have been more surprised if he had not intervened," says Stefan Citron, brother of Kjäll Gustafsson who was killed in connection with the robbery attempt at a restaurant in Gislaved last Saturday. 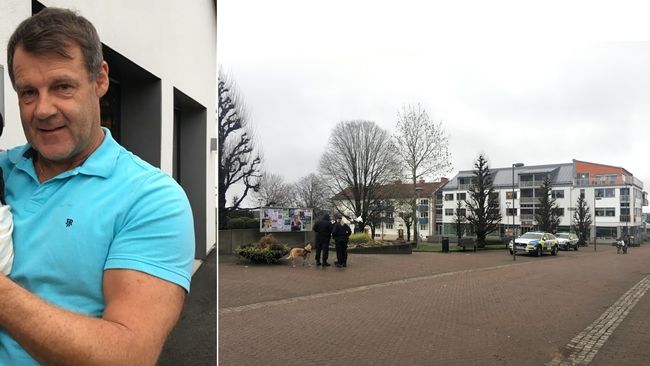 For the week's crime, Stefan Citron says he got the call that his little brother Kjäll Gustafsson, 57, died on Saturday night. Stefan, who lives in the parents' home a few miles away, went straight to the restaurant on Stora torget in Gislaved.

- Last Saturday I was just indifferent. Tonight I woke up a couple of times and just cried but now I can talk about it, says the brother.

Tried to stop the robbers with pool queue

According to the people in the place that the brother has talked to, Kjäll Gustafsson must have wanted to stop the two or three masked men who tried to rob the restaurant. He must have taken a pool queue and waited for them at one of the exits.

- The robbers were in the kitchen and would force one of the staff to open the safe, which was unprofitable because the restaurant is cash-free. When they got out of there, my brother tried to stop them, ”says Stefan Citron.

But the attempt was unsuccessful and Kjäll Gustafsson received a deadly chop instead. As he passed away at the restaurant, the perpetrators disappeared on a bicycle, according to testimony.

- I'm not surprised he went in between. I would have been more surprised if he had not intervened. He hated quarrels, it was the worst he knew.

Kjäll Gustafsson grew up just outside Gislaved but moved early to Halland with his wife. Together they have three children and five grandchildren. He recently sold his company in the metal industry and looked forward to spending more time on strength training and being with the family.

- Kjäll always put up whatever it was. The kids could call and ask for a babysitter and he just got in the car and went there. The family is completely desperate, says the brother.