The Extinction Rebellion group has claimed on social networks the degradation of some 3,600 electric scooters self-service in several cities in France. He denounces their use as &amp; quot; strikebreakers &amp; quot ;. 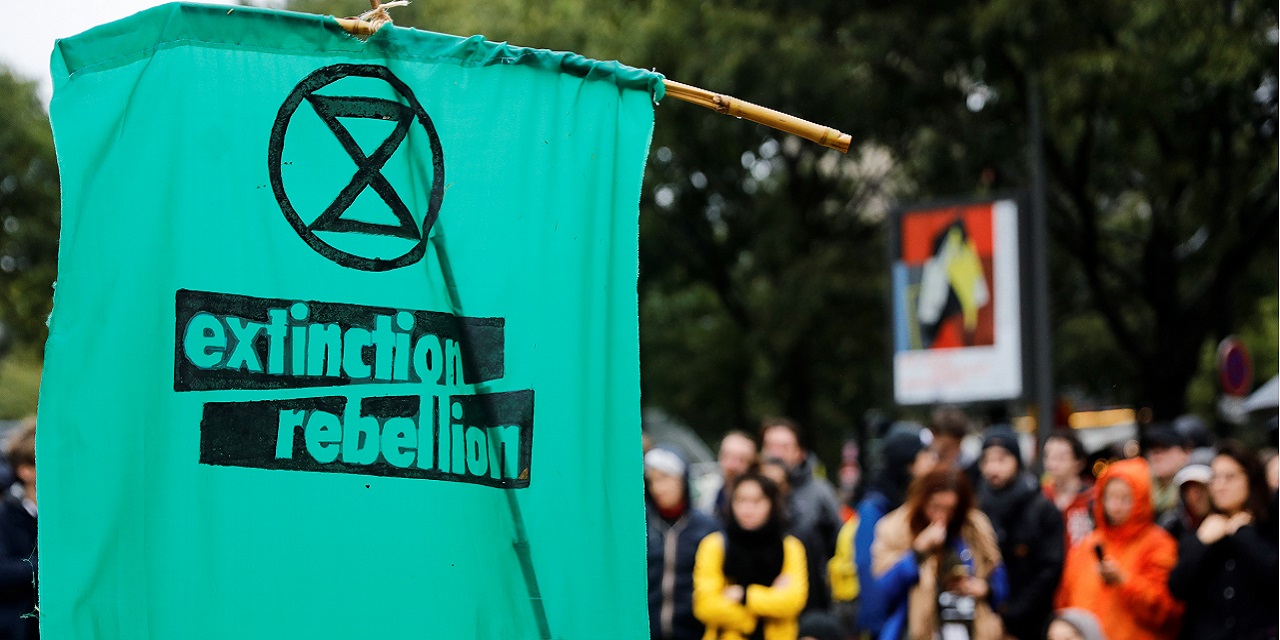 The Extinction Rebellion group has claimed on social networks the degradation of some 3,600 electric scooters self-service in several cities in France. He denounces their use as "scabs".

The activist group Extinction Rebellion (XR) on Thursday claimed the "decommissioning" of 3,600 self-service electric scooters, denouncing their ecological impact and supporting the strike against pension reform.

The operation was carried out in Paris (2,020 devices put out of service according to XR), Lyon (1,500) and Bordeaux (90), "by covering their QR code to make them unusable" by preventing the unblocking of devices to the using the user's smartphone, said XR in a statement. This is not a permanent degradation, a source told XR.

This morning (and in support of # grevedu5decembre) rebels of #ExtinctionRebellion Paris, Lyon and Bordeaux put HS 3600 scooters!
Because of their prod. very energy-efficient, of their short life, these vehicles represent only an instrument of + of # greenwashingpic.twitter.com / WFgna1Zugw

Operator Dott deplores more than a hundred degradations on the 3,000 scooters he operates in Paris and "a dozen" cases in Lyon (for 2,000 scooters), told AFP Matthieu Faure, Sales and Marketing Director . "We have patrol officers in the field who are equipped with solvent" to remove traces of markers and "check for further degradation," he added. "We regret the vandalism claimed by the collective Extinction Rebellion.

>> LIVE - Follow the day of mobilization against pension reform

These actions hamper our operations and deprive many users of our service "while" we have mobilized all our teams as well as our entire fleet to meet the increased demand, "said the operator Lime, who consider filing a complaint.

" Electric scooters are an ecological disaster "

"Contrary to their image of green and soft mode of travel, electric scooters are an ecological disaster," insists XR, calling into question their production "energy-intensive", a short life and the energy cost of their transport to recharge them, the low recycling rate of their lithium batteries or the fact that they would replace more trips on foot than by car. In addition, XR denounces their use as "strike-breakers" during the conflict massively followed in transport, citing for example a partnership RATP-operators to "propose other modes of transport".

An operation that the group promises to renew

The movement, which advocates non-violent civil disobedience in the face of government inaction climate, promises to "renew this operation to put these toys of the green capitalists out of our cities", he wishes "more friendly, less fast, with calm human relationships, gentle and truly ecological transport ".

The Bird operator rejects the arguments advanced by Extinction Rebellion. "Thousands of people have used our service this morning to get to work instead of driving - which has been a huge environmental benefit.While we support all climate change awareness initiatives, we believe that this action is misinformed, "he says in an email to AFP. The services - controversial - self-service scooters have developed at a high speed for a year in major cities.