Who are the 13 French soldiers dead in Mali?

France pays tribute to its dead men in Mali. Thirteen French soldiers, committed in the framework of the operation Barkhane, died Monday, November 25 in the crash of two helicopters in operation. RFI offers a special edition from ...

Portraits of the 13 Operation Barkhane soldiers killed on November 25, 2019 in Mali after the crash of their helicopters. AFP / SIRPA

France pays tribute to its dead men in Mali. Thirteen French soldiers, committed in the framework of the operation Barkhane, died Monday, November 25 in the crash of two helicopters in operation. RFI offers a special edition from 14h00TU.

The 13 soldiers , who lost their lives on a jihadist combat mission in northeastern Mali, came from various regiments engaged in Operation Barkhane. The 5th Combat Helicopter Regiment of Pau, the 4th Gap Fighter Regiment, the 93rd Varces Mountain Artillery Regiment and the 2nd Foreign Engineer Regiment of Saint Christol. Since January 2013, forty-one French soldiers have died as part of the Serval and Barkhane operations against terrorism in the Sahel.

The 13 French soldiers who died in Mali on November 25th are:

Thirty-five years old, married, father of three children. Engaged as an active non-commissioned officer in 2005, he joined the 35th Tarbes Parachute Artillery Regiment and carried out two operations in Kosovo. He joined the school of light aviation of the Army, becomes pilot Tigre then patrol leader and joined in 2014 the 5th combat helicopter regiment of Pau.

Thirty-two years old, single. Engaged as a pilot officer in February 2009, he became in 2011 pilot helicopter maneuver and assault and joined the 5th combat helicopter regiment of Pau. This was his fifth mission "Barkhane".

Twenty-eight years old, married, father of a 7-month-old girl (after La Dépêche du Midi ). In 2012, he joined Saint-Cyr and the army's light aviation school and became a HAD patrol leader on a Tigre helicopter. Attached to the 5th combat helicopter regiment of Pau, he had arrived in Mali for two months (according to Le Monde ). It was his first outdoor operation.

Thirty-four years old, single. Son of Admiral Chomel de Jarnieu, he joined the reserve in 2012, will be an officer cadet at the Saint-Cyr school, will join the 4th Gap fighter regiment and will carry out four missions as leader of the platoon. recognition and intervention, two in Chad in 2016 and two in Mali in 2017 and 2019. He was the commando team leader for this operation.

Thirty-one years old, pacsé. Engaged in 2011, trained at Saint-Cyr and at the Dax and Luc Army Light Aviation Schools, where he obtained a pilot license on a helicopter support-destruction. He was attached to the 5th combat helicopter regiment of Pau. This was his third Barkhane mission in Mali.

Twenty-eight years, living as a couple and future dad. Son of former Minister and Senator Jean-Marie Bockel, he joined in 2011 and obtained a Puma Helicopter Pilot License. Attached to the 5th combat helicopter regiment of Pau, he will perform four missions in Mali as a pilot on Cougar.

Thirty-five, living as a couple and father of two. Enlisted at the age of 18, he first joined the Agen Signal Regiment and became a cell and engine mechanic at the 5th Combat Helicopter Regiment in Pau. He carries out numerous missions in Afghanistan, in Ivory Coast, in Chad in Burkina Faso and in Mali within the framework of operations Serval then Barkhane like navigator Cougar.

Forty-three years old, married with four children. Engaged in 2008 at the Foreign Legion which led him to carry out missions in Afghanistan, Mali, Guyana and Djibouti. He joined the offensive research and intervention section and joined the mountain commando. He was attached to the 2nd foreign engineer regiment of Saint-Christol.

Thirty-three years, living in concubinage. Engaged for the last ten years at the 4th Gap fighter regiment as an anti-tank gunner and then as a commando teammate, he was on this minimi-gun operation within the desert aerocombat battle group.

Thirty-three years old, pacsé. Engaged in 2007, he is attached to the 93rd Mountain Artillery Regiment of Varces as navigator operator. He carries out numerous missions in Afghanistan, Chad and Mali. He was on this commando crew operation.

Twenty-two years, pacsé. Engaged in 2015 at the high mountain military school in Chamonix, he is attached to the 4th Gap fighter regiment and acts as a first aid and commando team member. It was his third mission in Mali.

Twenty-four years old, single. Enlisted in 2014, he spent his entire career at the 4th Gap Hunter Regiment. He was a radio cell chief. It was his third mission in Mali.

Thirty-five years old, married with two children. Engaged in 2009, he became an Operational Bunker Operator in the Maneuver Helicopter Squadron # 3 and completed numerous missions in Gabon, Mali and Djibouti. Attached to the 5th Combat Helicopter Regiment of Pau, it was part (according to Le Monde ) of the first volunteers to obtain the status of aircrew.

► See also : Tribute to 13 soldiers killed in Mali in the presence of Ibrahim Boubakar Keïta 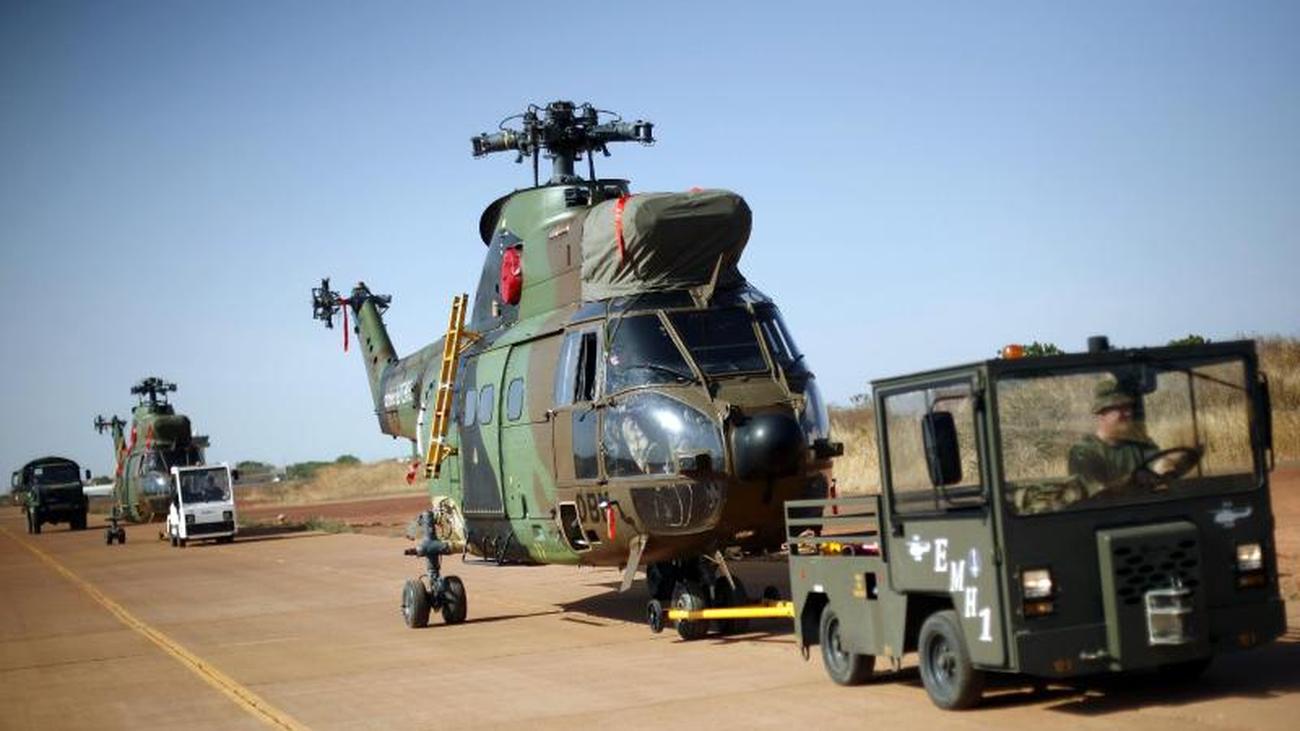 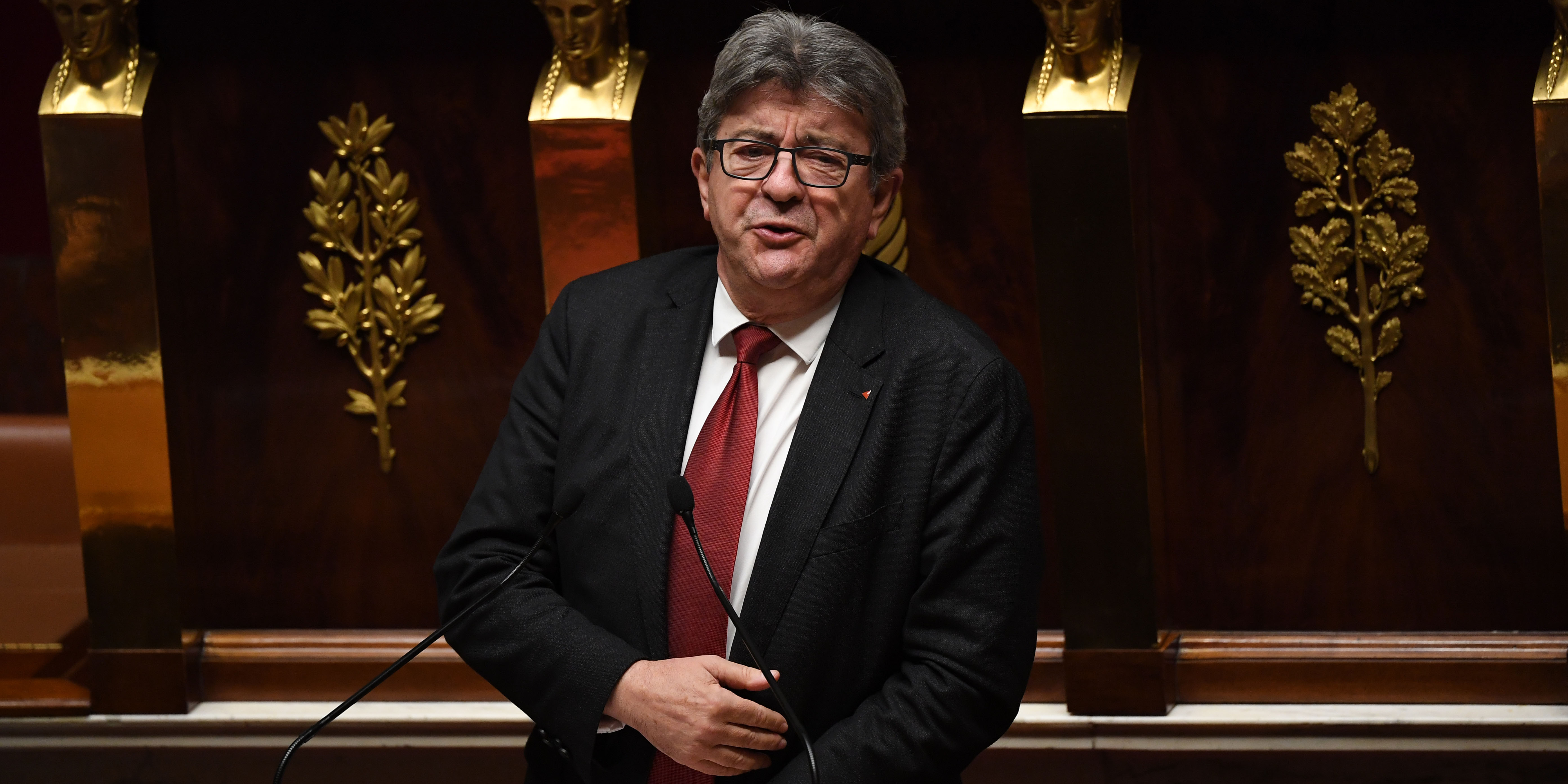 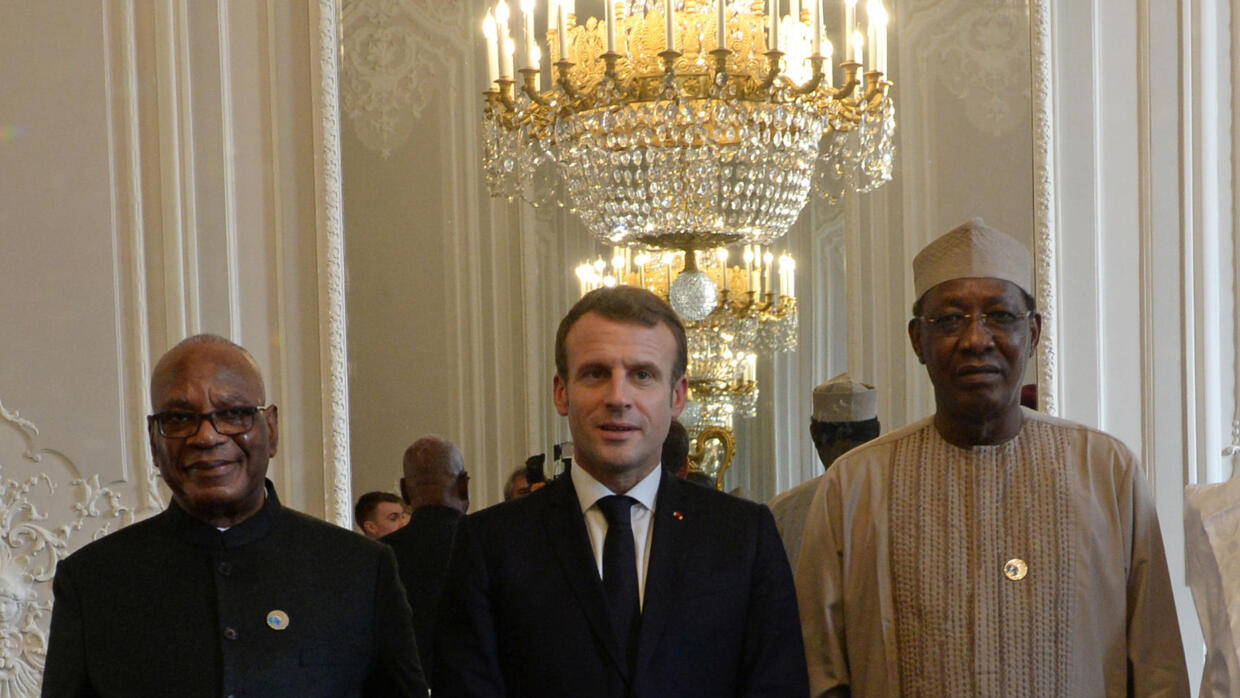 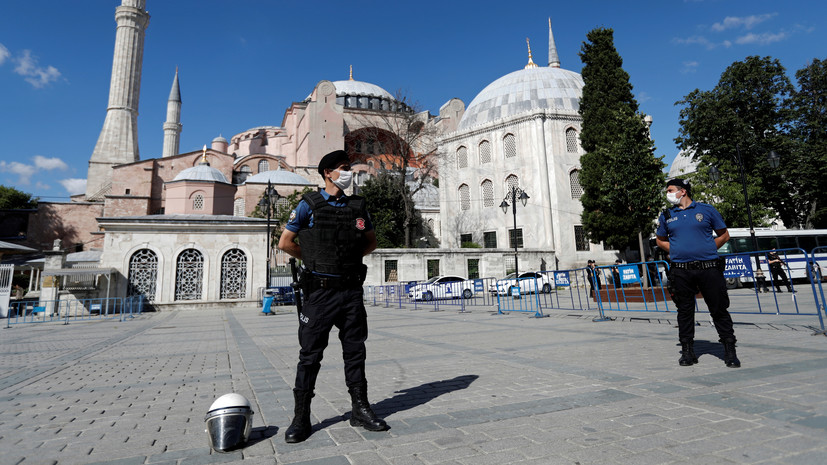 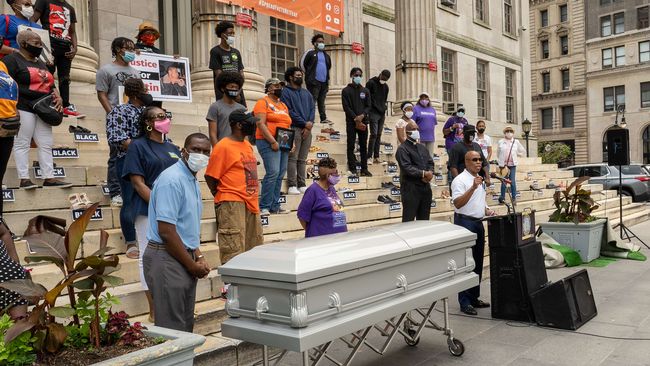 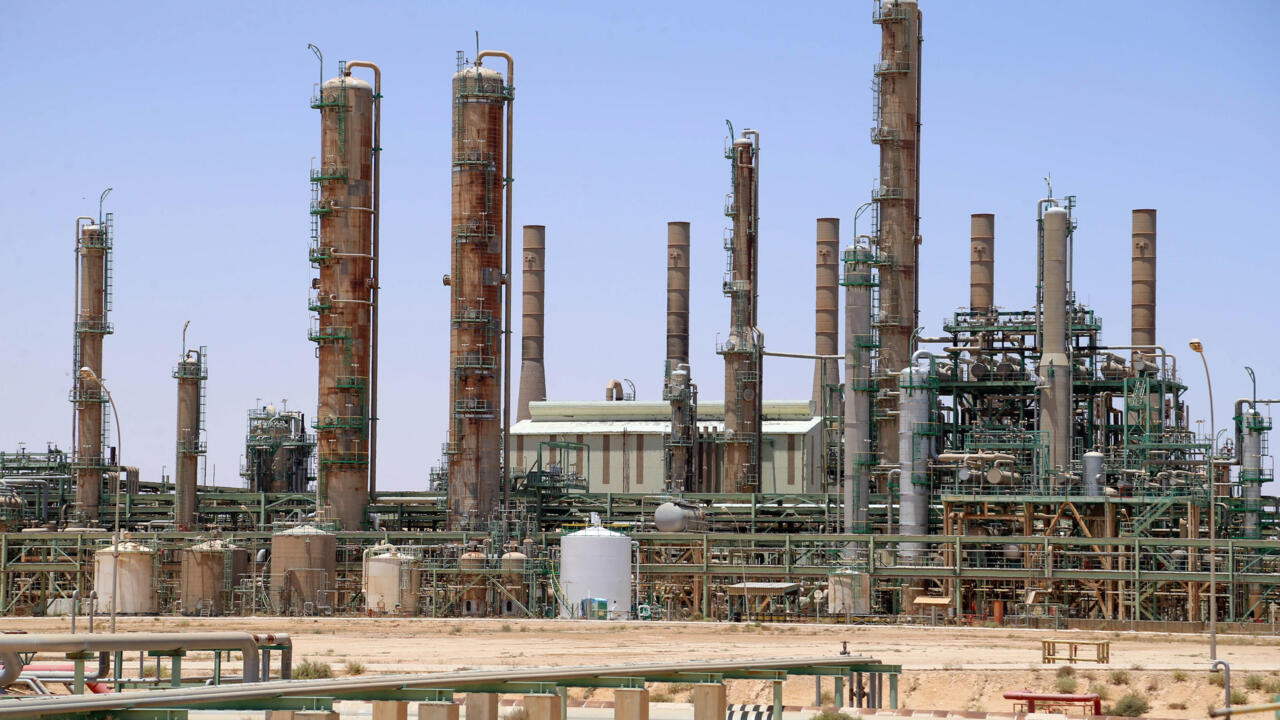 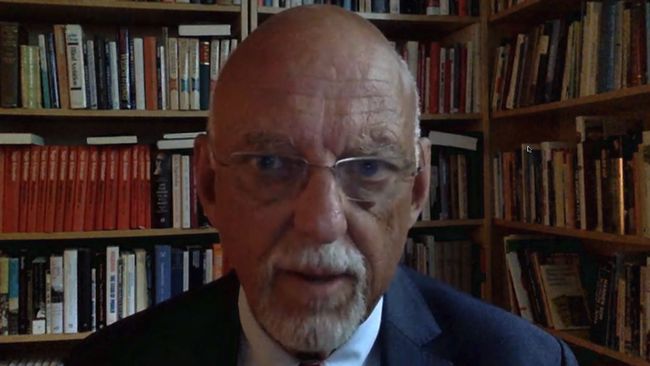