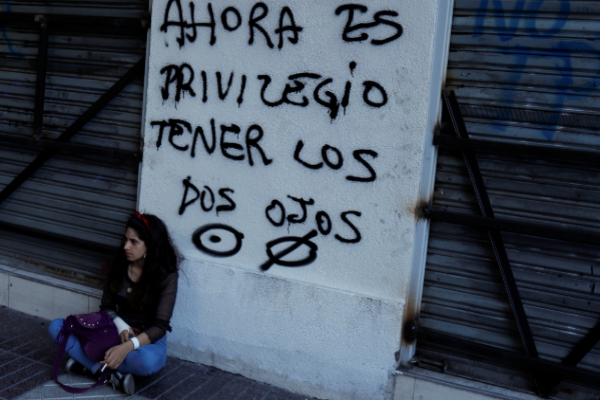 The hooded group organized two huge bonfires with wheels that cut traffic on the so-called Autopista del Sol - located southwest of the Chilean capital - shortly after 6 in the morning. The action immediately caused the paralysis of dozens of vehicles that were trapped in a monumental traffic jam.

When they noticed the presence of journalists, those responsible for the action raised a huge banner where it read: "The working people advance."

Other cliques staged similar blockades in several access routes to downtown Santiago, Chile, which led to confrontations with security forces. The mobilizations also extended to other regions of the country such as Concepción, Arauco or near the northern city of Iquique, where the activists burned the toll booths of the author.

Thus began on Tuesday the day of general strike decreed by trade union groups, social organizations and leftist movements of Chile that confirms that the current crisis facing the country threatens to extend in time following the trail of the student protest movement of 2011 - considered as the most precedent precedent of the current protests - which debuted in the spring and extended until the end of that year.

The images were very similar to those observed on Monday, the first day of the strike at which the so-called Social Unity Board (MUS) urged, which ended with multiple clashes between young people and police in the center of Santiago, after mass marches that They developed peacefully.

Monday's actions led to the interruption of the service of at least 12 metro stations in the capital, which was cut due to the emergence of several youth contingents at its facilities. The protests also moved to several shopping centers in Santiago. In one of them, customers ended up in bulk with protesters, a sign of the growing social gap between different sectors of the local population.

The mobilizations have begun to become an almost daily image of this nation, whose political elite is still stuck in the discussion about a possible reform of the constitution inherited from the dictatorship or the adoption of measures as claimed by the protesters such as the increase in the pensions , that although it had been approved by the Senate was rejected by the parliament.

Despite the severe breakdown that the economy and the local infrastructures are suffering - so only the capital subway ended with 118 stations damaged from the 136 that it has-, the political debate seems unable to overcome the division into factions away from day to day another sector, that of the population, that goes to the streets on a daily basis and openly demands the resignation of Sebastián Piñera and distrusts the agreements agreed by the legislators.

"If there are no strong announcements in social matters, it is impossible for people not to continue marching. On the streets they say: we have not won anything," said lawmaker David Morales, of the opposition Christian Democracy Party, in an interview with a local radio.

Interior Minister Gonzalo Blumel offered an immediate dialogue to the members of the MUS on Sunday, a nod that accepted the latter platform, as recognized by the president of the College of Teachers, Mario Aguilar, one of the more than 140 associations that form part of that alliance, who did not stop accusing the government of being " totally outdated of what is happening in the country ."

According to the latest figures released by the National Institute of Human Rights, the protests had left almost 3,000 injured until November 18, of which more than a thousand were hit by the controversial pellets used by the security forces.

Latin America Social measures do not stop violence in Chile

Protests Fire, looting and incidents in several cities in Chile

ArgentinaThe resignation of Evo, a jug of cold water for Latin American progressivism 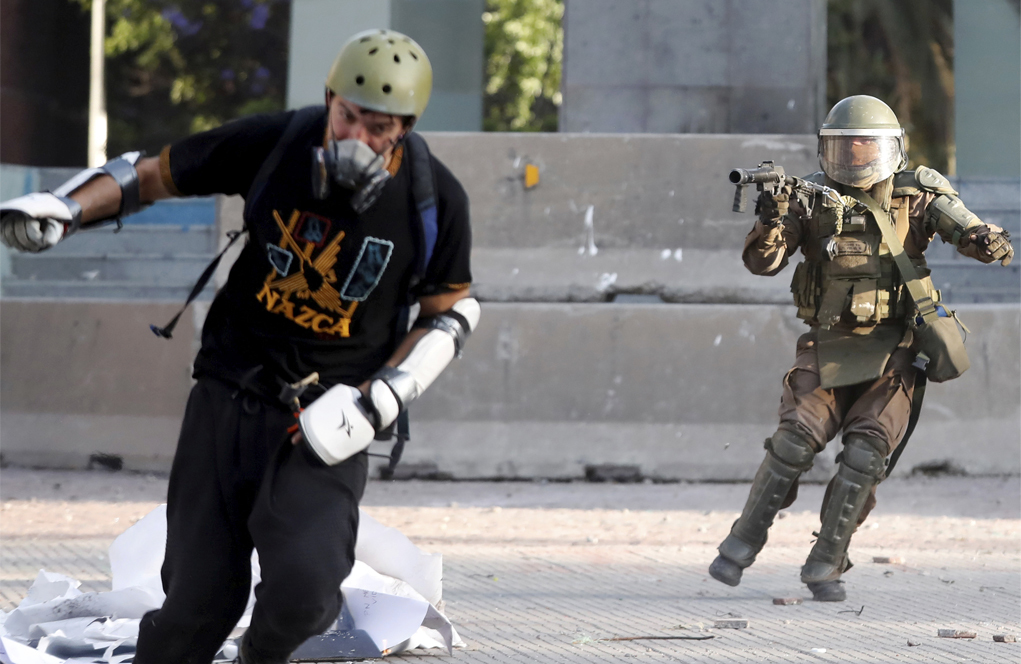 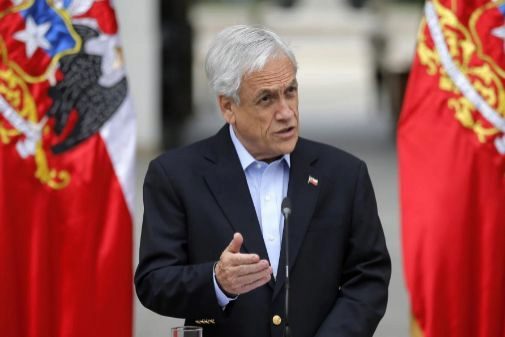 Piñera seeks to take oxygen: he asks for the resignation of all his ministers and raises the "state of emergency" 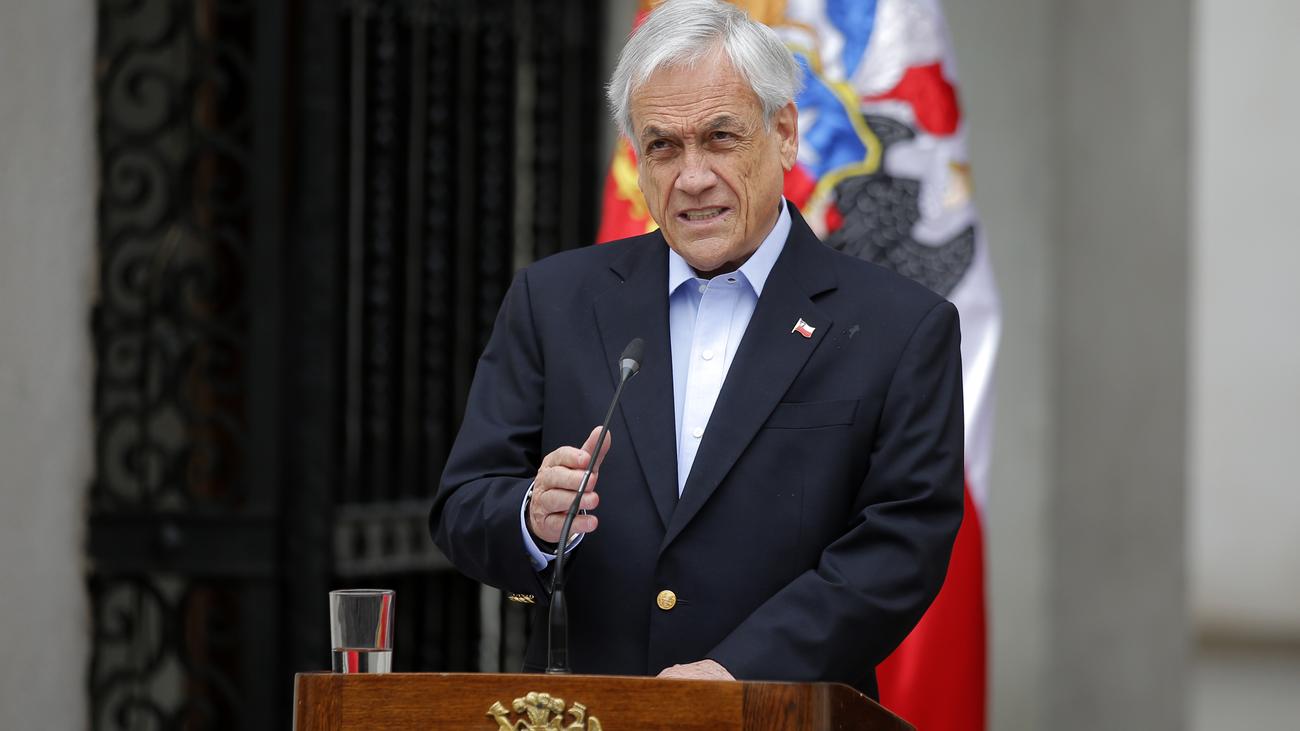 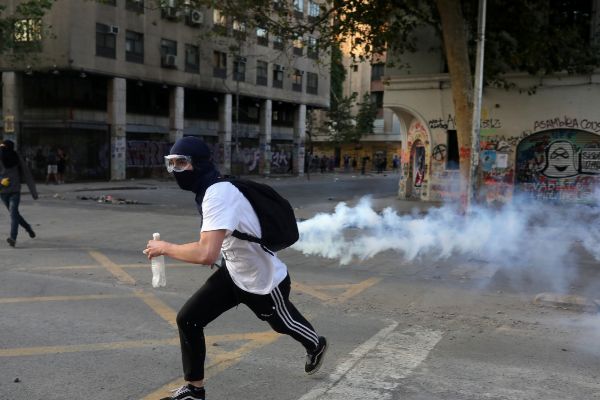 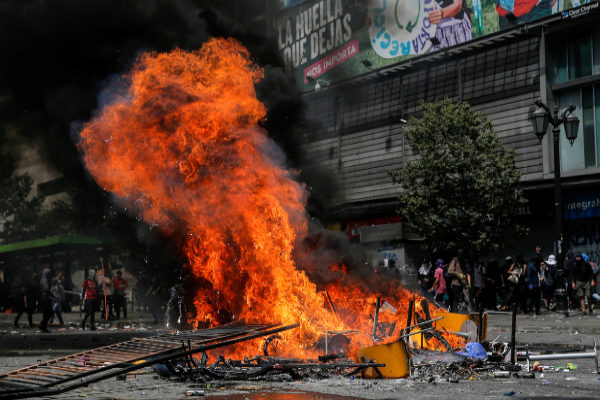 Second day of a general strike in Chile: "We have young people with a rifle in their hands" 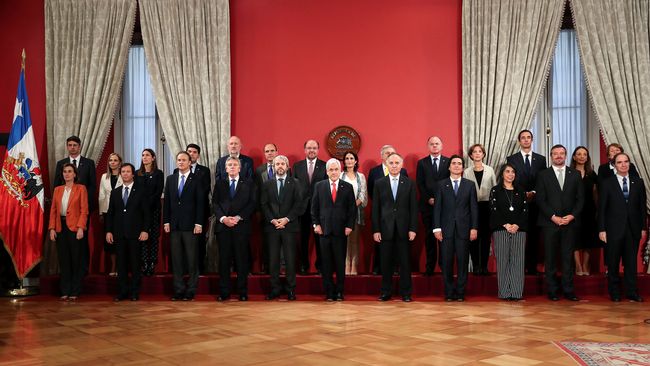 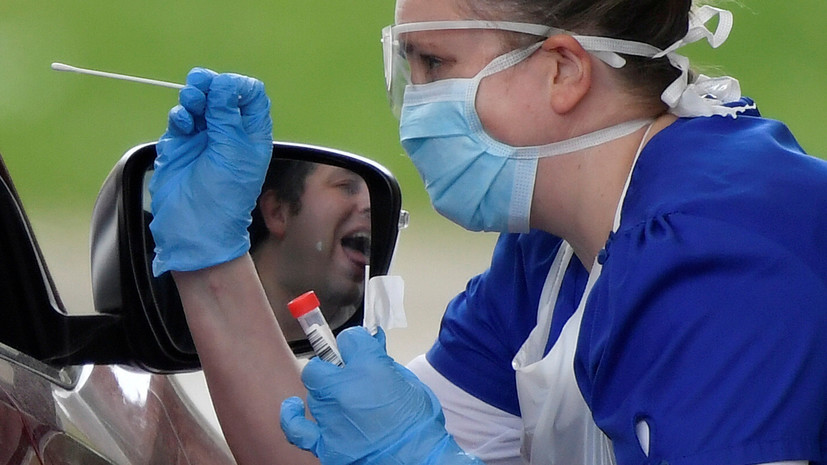 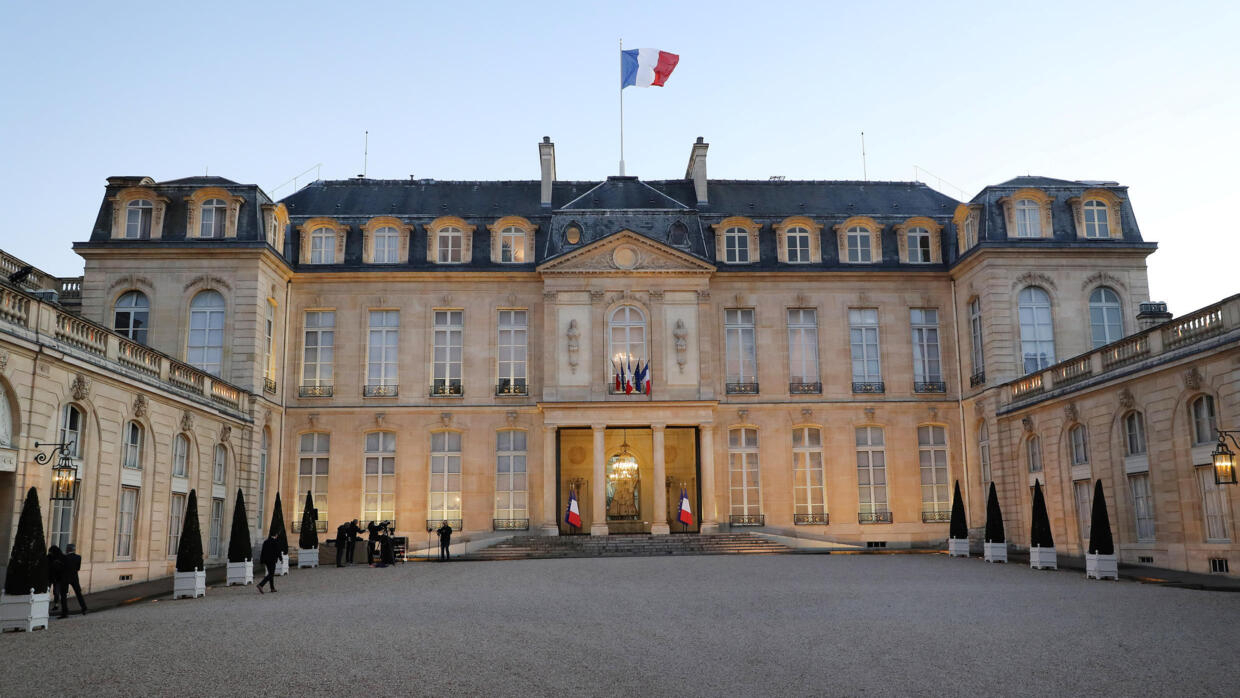 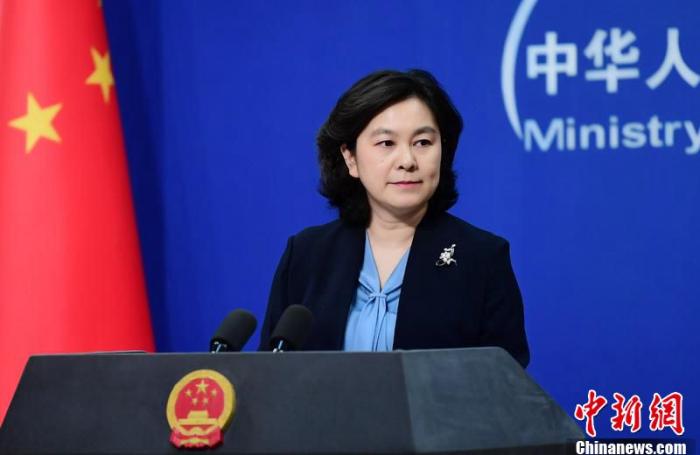