Rugby Japan National Team who made the best 8 in the World Cup Japan Tournament. I searched for the reason for the rapid advancement from the words of head coaches and players.

Japan national team who made the first 8 best in the Rugby World Cup.
The reason for the achievement of the historical achievement can be understood from the powerful “words” of the commanders and players. Through close contact, I looked back on the breakthrough with the words carved in my chest.
(Sports News Department reporter Daisuke Nakamura)

“The players stood up without giving up. We will never forget this pride even after the World Cup is over” (Jamie Joseph HC)

The quarterfinals that Japan challenged for the first time. The other party was South Africa, where Japan caused the “upset of the century” in the last tournament.
However, the game development was completely different from four years ago. In response to the intense tackle of two people from a strong opponent, there are a number of players in Japan who hurt their bodies. The opponent's mistakes helped them finish the first half with a slight difference, but the inferiority was clear.
In the second half, the Japanese attack was completely sealed. When the opponent is good at the mall and is pushed over 30 meters, the try is lost and when the remaining 5 minutes, the point difference is over 20 points. Already there was no match, South Africa continued to attack mercilessly. I felt the prestige as a strong man who wiped away the humiliation of the previous tournament completely.

Still, the Japanese players continued their desperate defense. Get up and tackle no matter how many times you fly. He swollen his face, hurt his shoulders, and was conscious of the quick start, but turned forward not to give additional points.
Lastly, South Africa, who continued to attack after 80 minutes, kicked the ball and no side. Jamie felt certain growth for the Japanese players who had been committed to fighting to the end.

To achieve the goal

November last year, which was less than a year before the World Cup was held.
Jamie had a clear vision of what was necessary for Japan to achieve its goals as they progressed with team building.

“The challenges are a lot, the most mental one. If we can make a big improvement, we will be able to achieve the World Cup Top 8” (Jamie Joseph HC)

The challenge for Japan is to maintain “quality of play” every game. To that end, Jamie encouraged the players to prepare for the mental aspect of rugby.
At Miyazaki Camp, which began in June before the tournament, he worked from morning until evening on basic play such as tackle, endurance and strength strengthening.
The players who have experienced the World Cup in the past are continually screaming toughest practice. Some players are too tired to sleep or want to quit rugby. I pursued it physically and mentally.
In an environment that excludes things other than rugby, the unity of teams, including players from overseas, will become stronger.
Between the exercises, we had a meeting with only the players. We discussed daily issues, the role of individuals, and the ideal way of representing Japan. When we had a meal with the players off for a while, we exchanged opinions on tactics.

Last day of training camp. It was a shrine in Miyazaki Prefecture that the players headed for.
Visit "Sazare Stone" that appears in the national anthem. The attitude to fight as a representative of Japan was raised.

The players acted on their own to advance the team.
In the test match after the training camp, not only tactics using polished kicks, but also risky tactics such as “off-road pass” that connects the balls while receiving tackles. Winning in close collaboration has given players confidence.

The belief that led to the historic victory

Welcomed World Cup.
The second round of the primary league was against the powerful Ireland. Ireland, which opened in the world's top ranking, won the first round with a strong win against Scotland, the strongest player. The expectation was that it would be difficult for Japan to win.
Before the match, Jamie told the players “the strength to believe what has been built up”.

“No one thinks Japan can win. I don't even think it will be close. I don't know how much hard work I have done and how much sacrifice I have done. But everyone knows what to do. I have no fear, I trust each other, I believe in everyone "(Jamie Joseph HC)

With this word in mind, the players entered the game with confidence.
I hit Ireland directly from the physical and endurance I had polished in the training camp. Shows a sharp tackle, and demonstrates an amazing tenacity defense. Eventually, I got a close victory and grabbed a historic victory.

After that, Japan showed a tenacious defense and risk-free tactics against Samoa and Scotland, winning four consecutive victories. Achieved the first best 8 ever.
Players who overcame the challenges and continued to play quality. The word was full of confidence.

“Mentality has changed from 4 years ago. The confidence to win is the most important factor” (Reach Michael)

Ryoto Nakamura at the center ...

“Everyone believes in the game plan and fulfills their role. The power to believe is amazing” (Ryoto Nakamura)

Greater sense of accomplishment than victory

Quarter-final against South Africa.
Reach communicated the team's determination to face the battle with “ONE TEAM”, which was synonymous with the Japanese national team, like a “sword”.

“One team sword that we made. I had to put it on fire several times to make this sword stronger, it was the strongest sword in the world. But if the swordsman is not good, this sword You have to be prepared to keep shaking for 80 minutes "(Reach Michael)

Japan lost to South Africa.
However, the players did not stop the tenacious defense even if the game was running out of time and lost.
It was a proof that he had the “preparation to face rugby” cultivated through harsh training camps and competitions.

Jamie's words at the beginning were born to see these players.

“The players stood up without giving up even if they were injured. The fact that they didn't give up was happy as a coach, and I will never forget this pride even after the World Cup is over” (Jamie Joseph HC)

Jamie reported that Japan has seized more than the historic best of the first 8 best.

“The players changed their mentality and became confident and confident. They were confident in whatever they were doing. That was the biggest achievement.” (Jamie Joseph HC )

Japan has a long history of not winning the World Cup.
However, this tournament proved to the world that it was not a “miracle” to win against the world's powerhouses even if it was inferior in the way of fighting in Japan.
The biggest weapon was “confidence” and “belief” that I could not give up until the end. And it was “ONE TEAM” that made me feel strongly that this battle should be connected to the World Cup four years later.
(※Titles omitted) 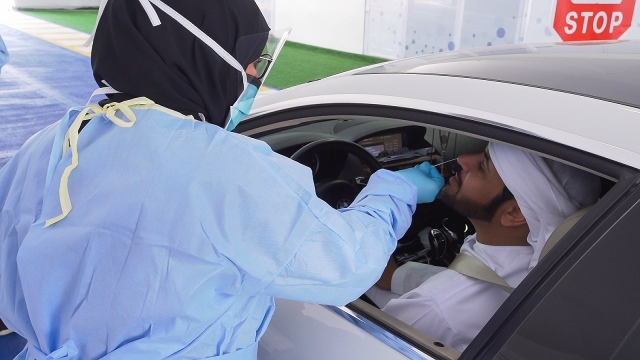 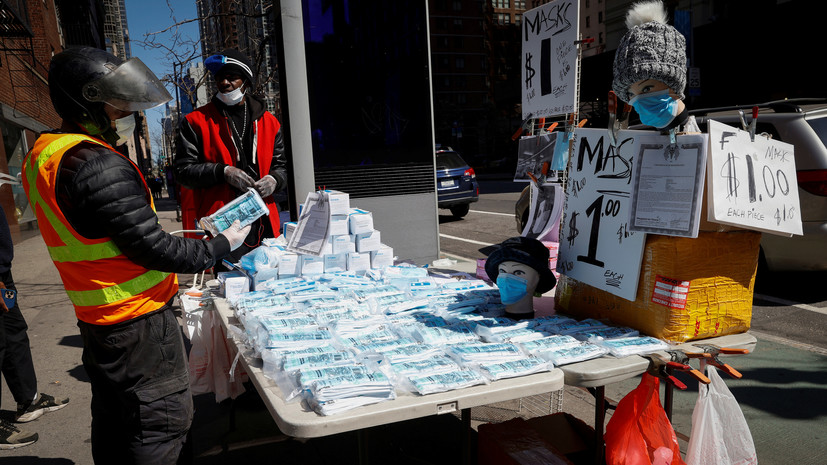 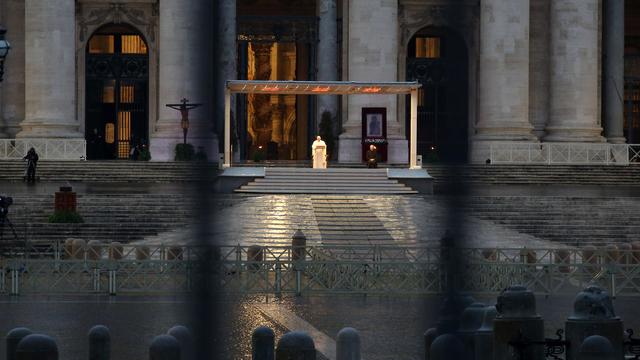 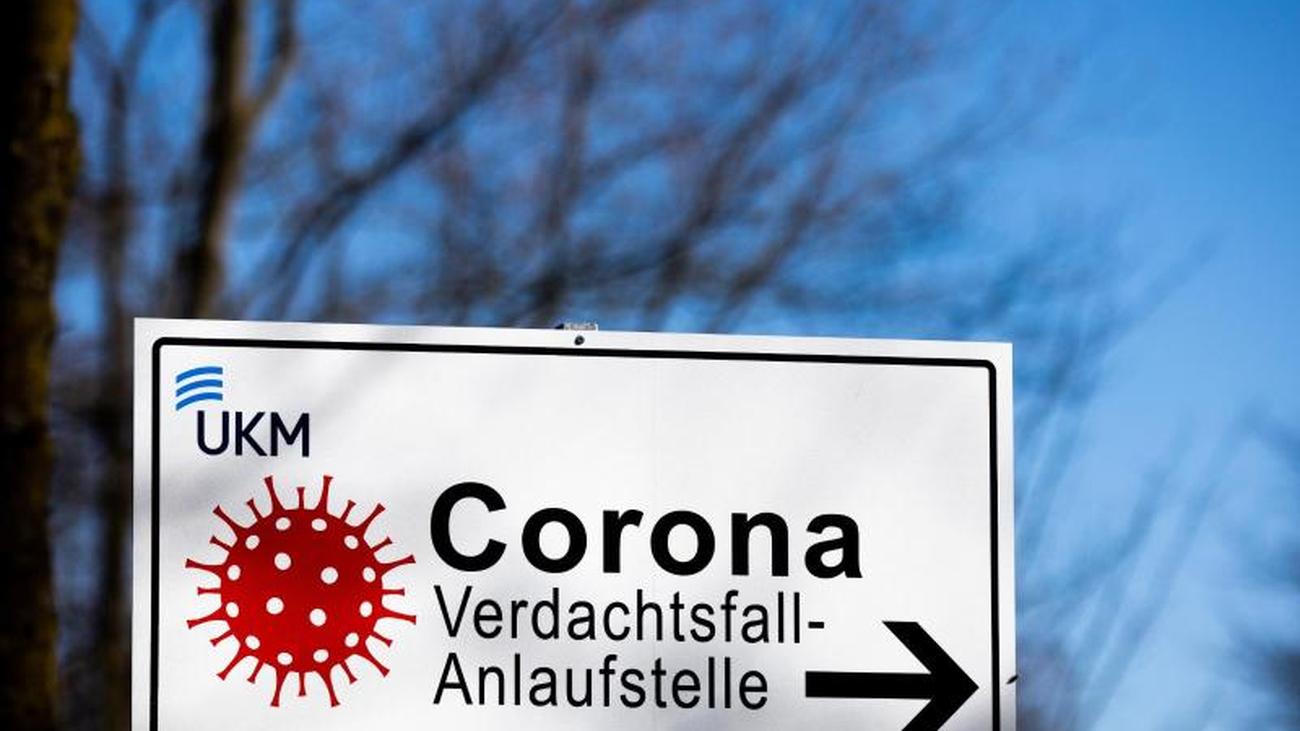 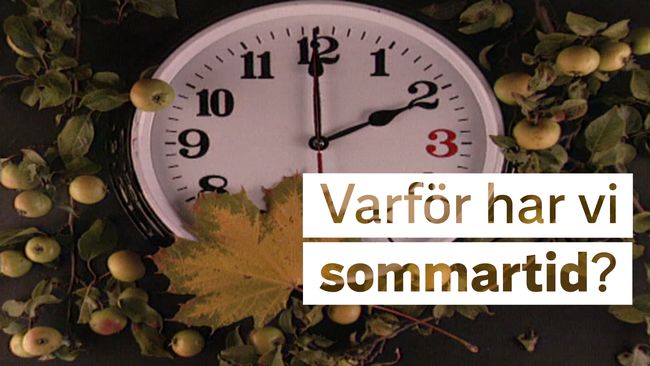 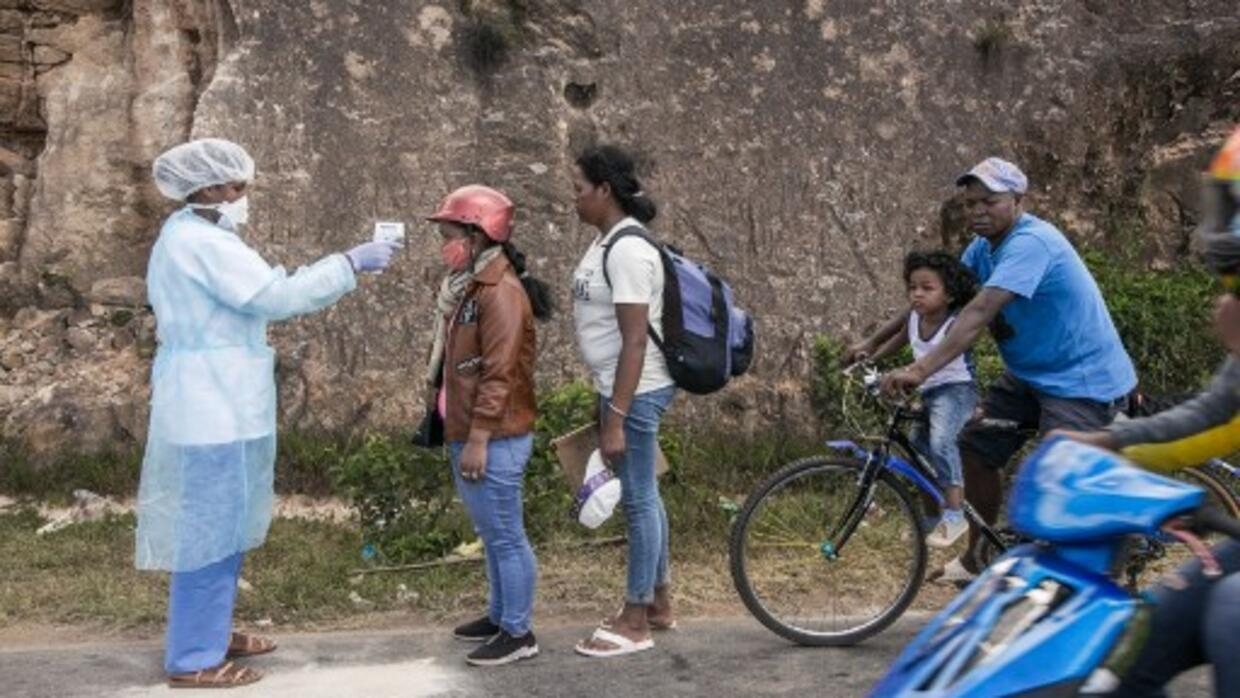 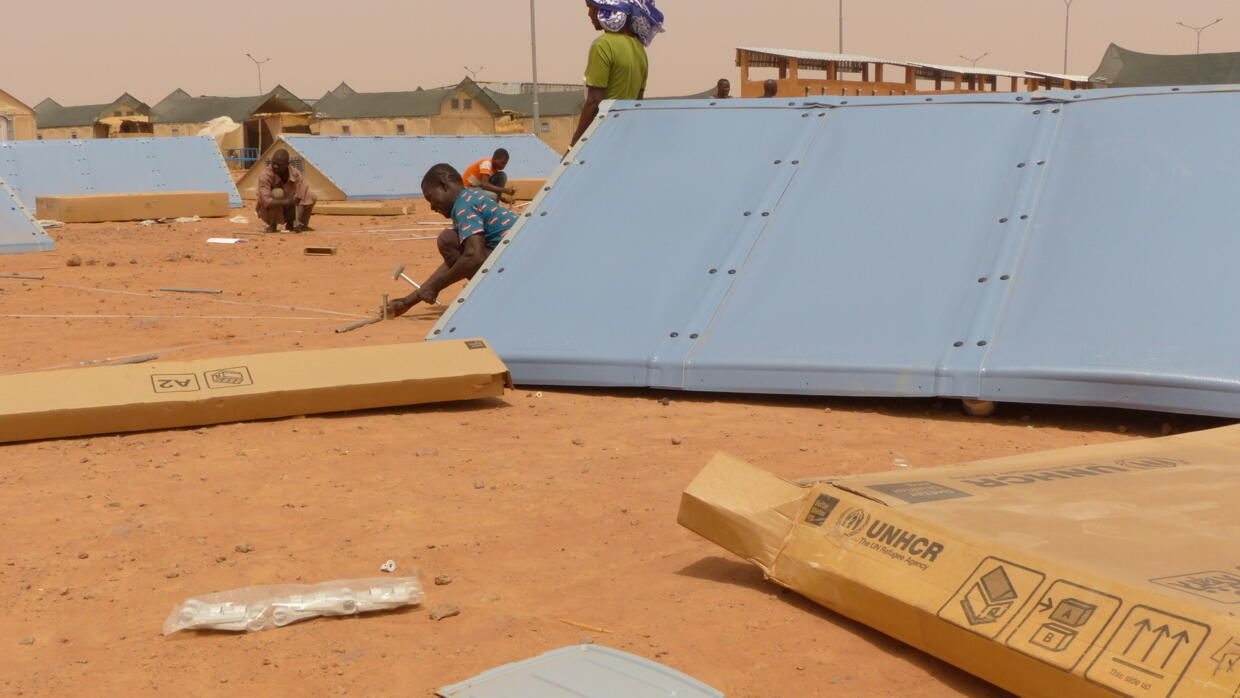 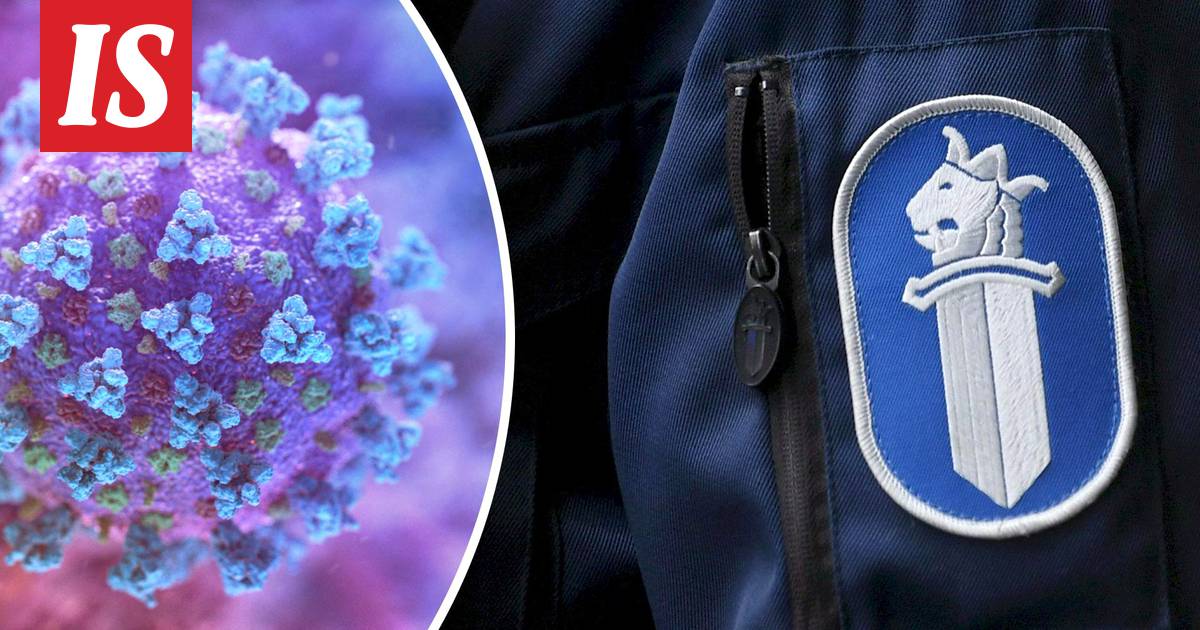 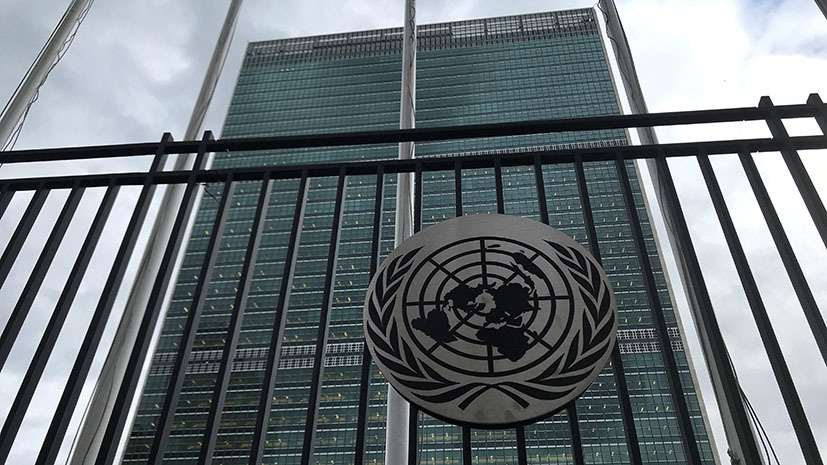