Correction of the course: why Iraq doubted the reliability of the United States and allowed "reconfiguration of relations" with the Russian Federation and Iran

Allies in the United States are wondering how much they can rely on Washington. This was stated by Iraqi President Barham Saleh. According to him, Baghdad should “rethink” relations with the American side. Also, the Iraqi leader allowed "reconfiguration" of relations with Moscow and Tehran. According to experts, Saleh’s words are probably due to disappointment with the White House’s inconsistent foreign policy. According to analysts, the US partners were particularly worried about the withdrawal of American troops from northern Syria before the start of the Turkish military operation "Source of Peace", which was directed against the Kurds' allies in Washington. 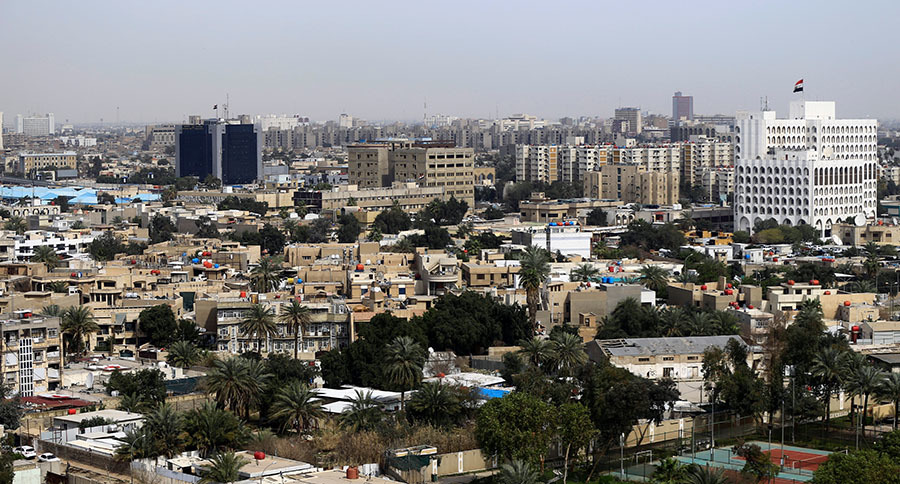 Iraqi President Barham Saleh doubted Washington’s reliability as an ally and announced a possible “reconfiguration” of Baghdad’s relations with Russia and Iran. Such theses are contained in an interview with the Iraqi leader on the American portal Axios.

Saleh also noted that Baghdad intends to rethink relations with the White House, adding that the reliability of the allies is an extremely important factor for Iraq.

The President of the Iraqi Republic added that Baghdad intends to proceed from its priorities and is ready to “reconfigure” relations with Moscow and Tehran.

Saleh’s statement indicates that Iraq is “correctly evaluating” US policy, which “has become even more worrying for the allies,” said Boris Dolgov, senior fellow at the Center for Arab and Islamic Studies at the Institute of Oriental Studies of the Russian Academy of Sciences.

"The words of the Iraqi leader are completely adequate and are a reaction to the inconsistent US foreign policy in the Middle East," the expert said in an interview with RT.

According to Dolgov, Baghdad’s intention to “reconfigure” relations with Russia and Iran should be regarded as a desire to increase cooperation with these countries. However, according to the analyst, this does not mean that Iraq will turn its back on the White House.

“Baghdad will maintain close ties with the United States, as Washington has a lot of influence on the situation in the country,” the expert said.

Dolgov recalled that the current leadership of Iraq came to power precisely with the support of the United States.

"All subsequent Iraqi leaders after Saddam Hussein acted in line with the American foreign policy, but at the same time they did put political accents aimed at expanding contacts with Russia and Iran," the analyst said.

According to Araik Stepanyan, a member of the Presidium of the Academy of Geopolitical Problems, Saleh’s statement indicates that "all accumulated grievances against the United States broke out."

“The President of Iraq and the Iraqi population have long known what Americans are like - Washington promised to bring democracy to the republic, and eventually invaded the country, killed its leader and ruined the state,” the expert said in a conversation with RT.

Against the background of Turkey’s operation “Source of Peace” against the Kurds in Syria and the withdrawal of US troops from territories controlled by Kurdish forces, the Iraqi leader said in an interview with Axios that he was afraid of “ethnic cleansing”.

“This has already happened in the tragic history of the Kurdish people. This is scary. The humanitarian consequences are simply terrible, ”the Iraqi head of state emphasized.

Recall that US President Donald Trump announced the start of the withdrawal of American troops from the Kurdish-controlled territories of Syria on October 7, almost immediately after it became known about Ankara’s possible operation “Source of Peace” directed against Kurdish armed groups. The decision of the head of the White House was met with harsh criticism from opponents of the American leader, who accused him of “betraying” Washington’s allies.

Later, the Pentagon announced that they were transferring a thousand soldiers from northeastern Syria to Iraq, allegedly to fight IG *. To agree on the details of this “relocation,” Defense Minister Mark Esper arrived in Baghdad on an unannounced visit on October 23. According to US media, until the arrival of Esper in Iraq, the Pentagon did not have permission from the Iraqi authorities for such a move.

Recall that Washington announced the start of the withdrawal of its troops from Syria on December 19, 2018.

In early October, Trump, commenting on the situation in the SAR, once again stated that the time had come for the United States to "get out of ridiculous endless wars" and "return its troops home." He wrote about this on his page on Twitter.

The United States was supposed to be in Syria for 30 days, that was many years ago. We stayed and got deeper and deeper into battle with no aim in sight. When I arrived in Washington, ISIS was running rampant in the area. We quickly defeated 100% of the ISIS Caliphate, .....

According to the head of the White House, Russia, Turkey, Europe, Syria, Iran, Iraq and the Kurds should “cope with this situation”.

Speaking about the fact that “the ability of the United States to maintain its position” raises questions among Washington’s allies, Saleh has in mind the role of the American side in resolving the situation in Syria, where the White House is “conducting a rather cynical diplomatic game,” said Boris Dolgov.

“After Turkey began to take an active part in the Syrian conflict, the US reoriented its political preferences and supported the Turkish military action, effectively leaving its allies, Kurds, without support,” the expert noted.

Dolgov also recalled that initially Washington “supported armed anti-government groups” in the region, and then “reoriented” to support the Kurdish national movement.

“The United States needed this to eliminate the objectionable Syrian president Bashar al-Assad, and then bring US-loyal forces to power and ultimately divide the ATS into different regions of influence,” the analyst said.

Dolgov emphasized that all this could prompt Saleh to a statement about "rethinking" relations with Washington, as he is one of the representatives of the Kurdish national movement and the former leader of Iraqi Kurdistan.

“It is likely that his attitude towards Washington’s actions in Syria changed when the United States in fact left the Kurds at their mercy,” the expert said.

Another reason that Baghdad, according to Barham Saleh, should “rethink” his relations with Washington, is the aggravation of relations between the United States and Iran.

The Iraqi leader said that he was "concerned" about the possible start of a war between the United States and Iran, which, he said, would turn into a "catastrophe for all."

“Iran is our neighbor, the length of the common border is 1,400 kilometers, and we cannot wish harm to Iran, because it is not in our interests,” quoted Axiha Saleh.

According to the publication, the Iraqi president admitted that if Trump had not changed his mind about striking Iran, the conflict between the United States and the Islamic Republic could have gotten out of control.

In addition, the Iraqi leader noted that Baghdad considers both Washington and Tehran to be its allies, and therefore cannot take the side of one of them.

As noted by Boris Dolgov, for Iraq, unleashing a direct military clash between the United States and Iran would be extremely unprofitable and very dangerous.

“Such a conflict would trigger the start of a major war in the Middle East and affect all countries of the region, Iraq in the first place, since the United States military bases are located on Iraqi territories and Baghdad would be seriously involved in these military actions in any case, which would further destabilize the situation inside the country, ”the expert emphasized.

At the same time, Dolgov noted that Iraq’s ties with Iran have a rich history.

“After the fall of Saddam Hussein’s regime in the Iraqi republic, the Shiite movement gained strength, which gained more influence in the country, which affected relations with Iran, where Shiite forces are also in power. Relations with Tehran began to develop rapidly during that period, and now this cooperation may intensify, ”the analyst said.

According to Dolgov, Iraq’s contacts with Iran will continue to develop, "regardless of the relations of the Iraqi and American leadership." At the same time, the expert did not exclude the possibility that the White House would put significant pressure on the Iraqi authorities due to the expansion of cooperation with Tehran.

Araik Stepanyan is of the same opinion. According to him, it is beneficial for Iraq to cooperate with Iran in the field of security, since there is a confrontation between Shiites and Sunnis in this region.

“However, this is contrary to the interests of Israel, which does not want a Shiite security belt consisting of Iraq, Iran, Syria and Lebanon. Now the Israelis are putting pressure on the Americans to prevent the rapprochement between Baghdad and Tehran, ”the expert said.

According to experts, Saleh is no coincidence that he announced the "reconfiguration" of relations with Russia. According to analysts, Iraq aims to build up existing ties with Moscow.

Boris Dolgov recalled that Russia was a partner and ally of Iraq in various historical periods.

“After the regime change in Iraq, these relations developed in the military-technical, economic and oil fields. However, Salekh’s statement is now aimed at confirming the possibility of expanding these ties, including in the military-technical cooperation and the oil sector, since Russian oil companies are actively working in Iraq. In addition, there are projects on railway transport between the countries and relations are developing in the space field, ”the expert stated.

Analysts also noted that Iraq began to show greater interest in expanding cooperation with Russia after Moscow began to assist Syria in the fight against international terrorism. According to experts, Baghdad hopes to cooperate with the Russian Federation in countering militants, since Russia's actions in Syria were extremely effective.

“Iraq positively assessed Russia's contribution to the settlement of the Syrian conflict. Moscow took the right steps, and the situation returned to normal. This example demonstrates to the Iraqi authorities that the Russian side can become a reliable partner in ensuring the security of the Middle East region, ”the analyst said.

At the same time, Stepanyan pointed to the development of relations between the two states in the military-technical sphere.

“To ensure its defense capabilities, Iraq may acquire Russian air defense and missile defense systems. In addition, Russia can act as a mediator in resolving the situation inside Iraq, which the United States has destabilized and continues to destabilize, ”the expert emphasized.

Analysts agreed that Washington is increasingly disappointing its allies, including Iraq, with its inconsistent policy that does not solve problems, but only exacerbates the situation in the Middle East region. At the same time, Moscow has already proved to the international community that it can be a reliable mediator in resolving regional conflicts.

“Islamic State” (ISIS, ISIS) - the organization was recognized as terrorist by a decision of the Supreme Court of the Russian Federation of December 29, 2014. 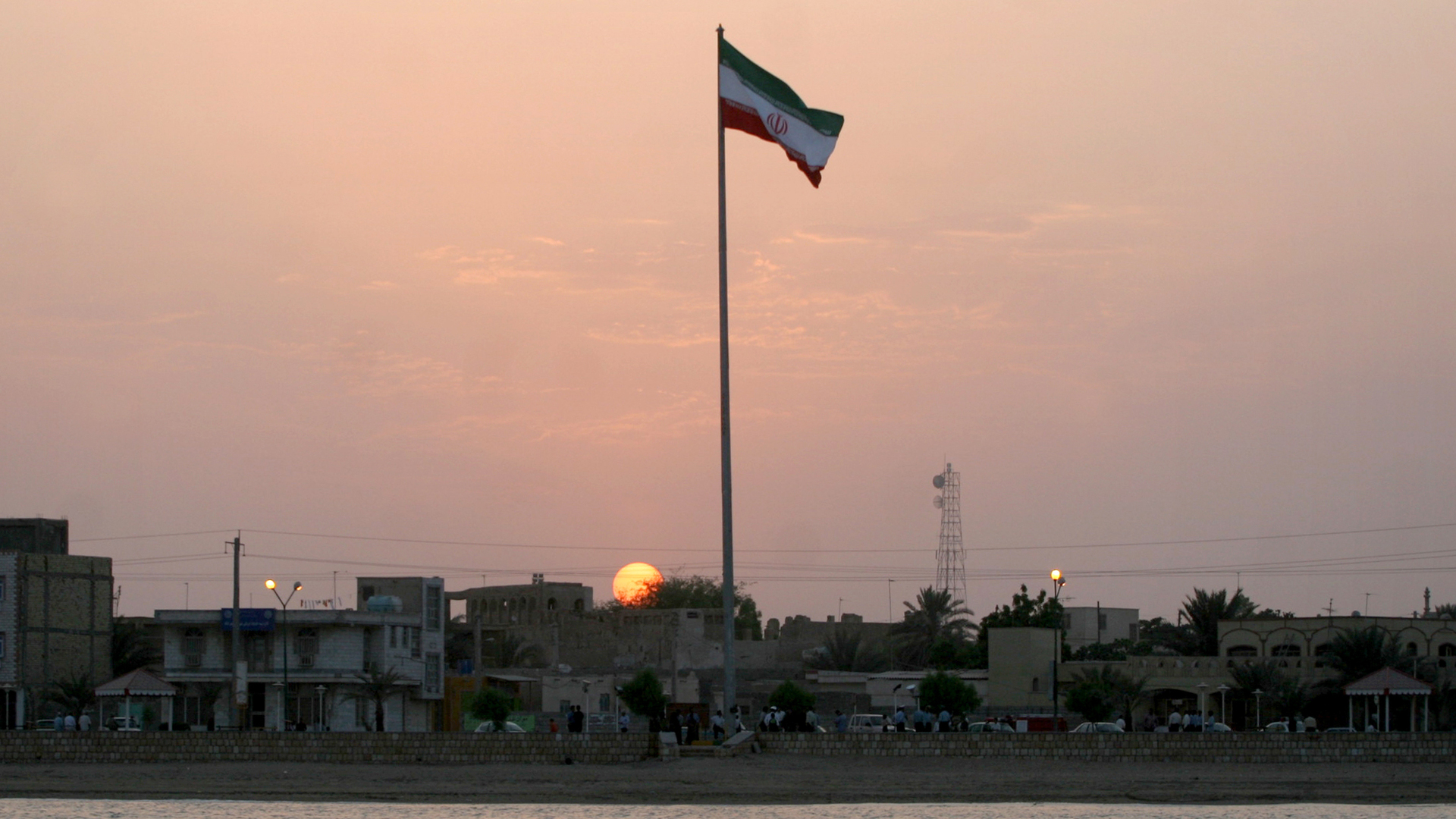 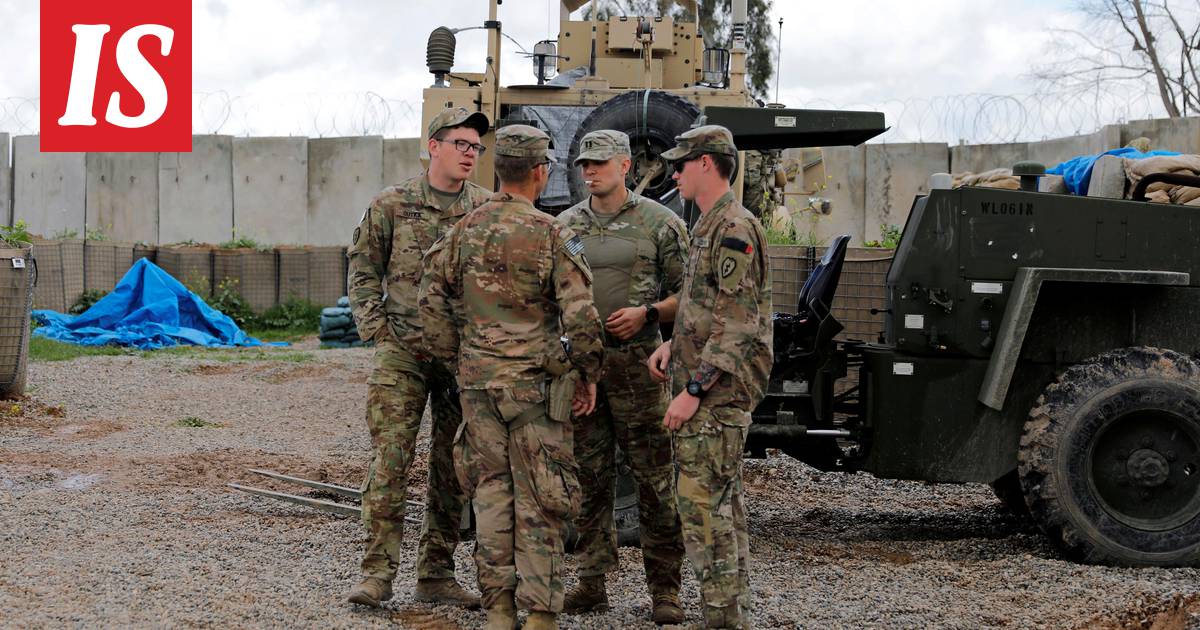 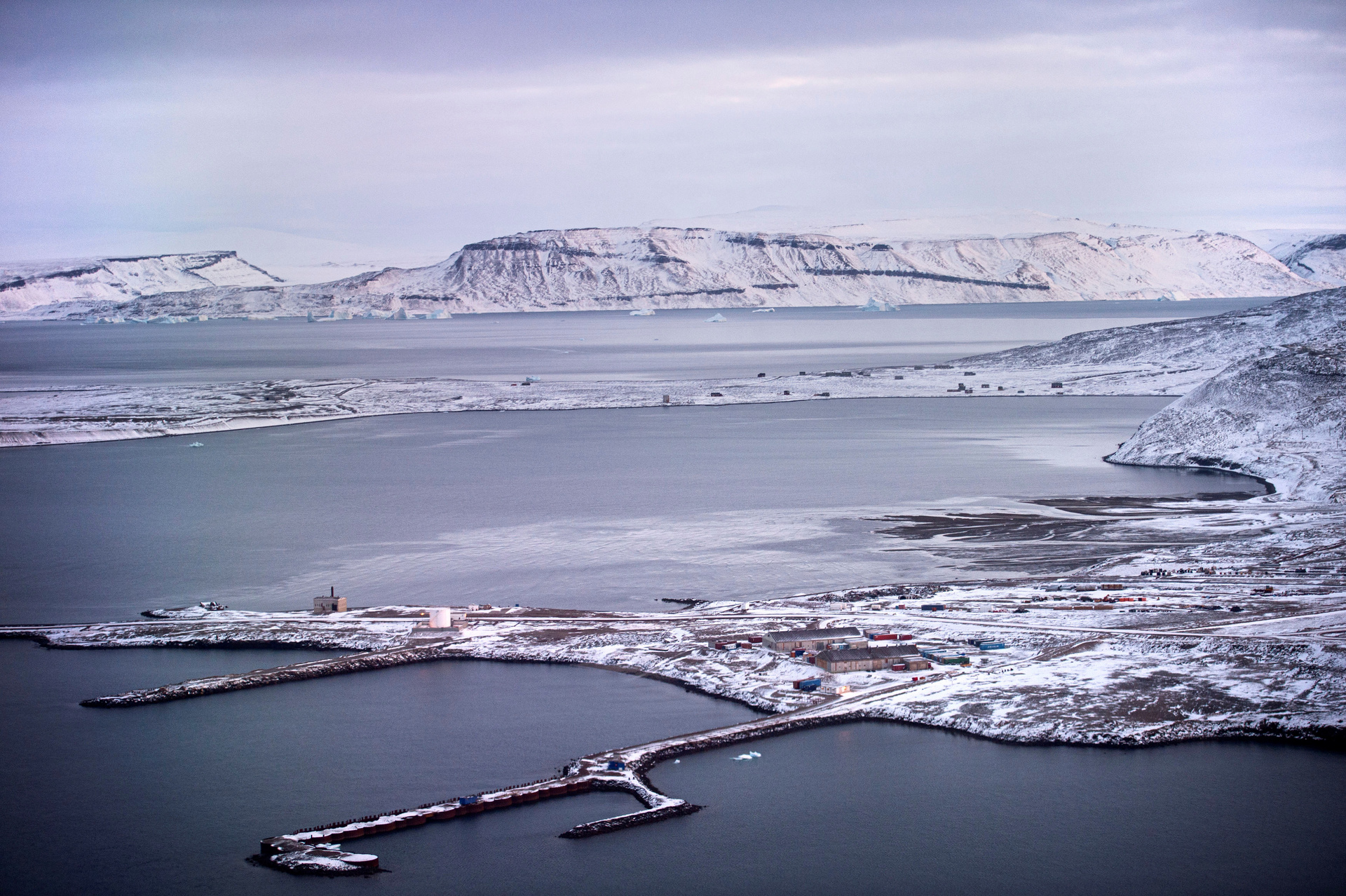 News/Politics 2020-08-01T22:25:16.311Z
"Conciliatory rhetoric": why the United States declared the need to maintain a partnership with Russia in the Arctic News/Politics 2020-09-09T13:44:00.821Z
A short reconciliation and a history full of crises .. Learn about the most important milestones in Iraqi-Iranian relations 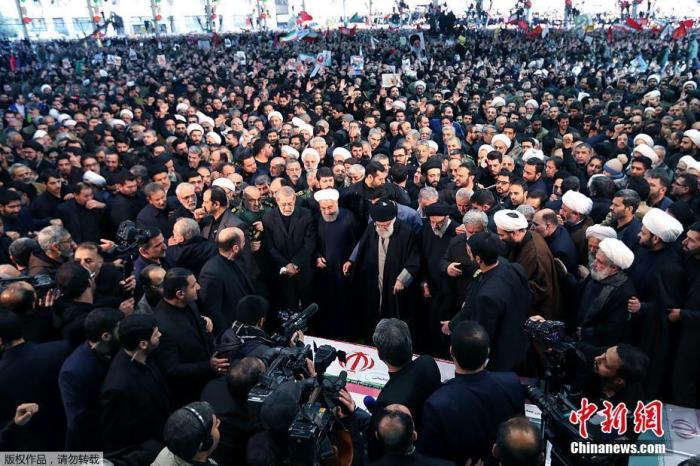 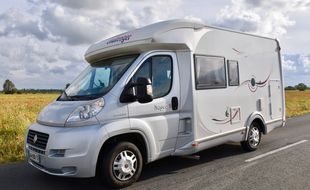 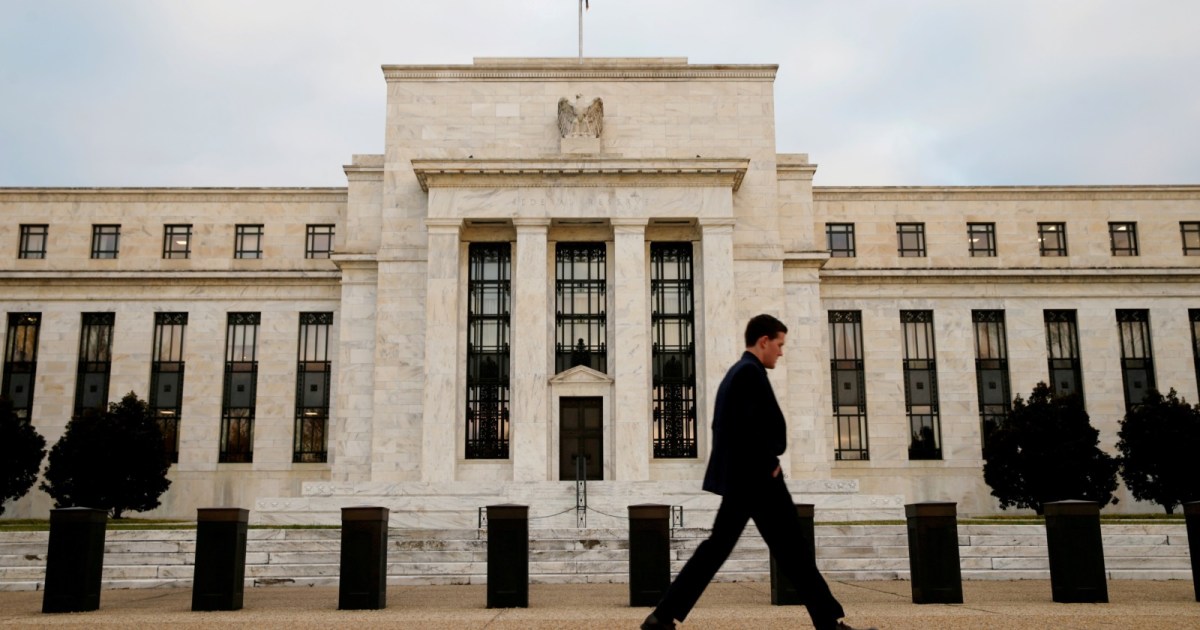 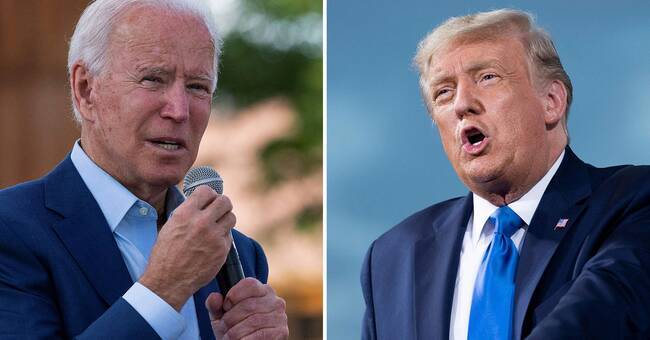 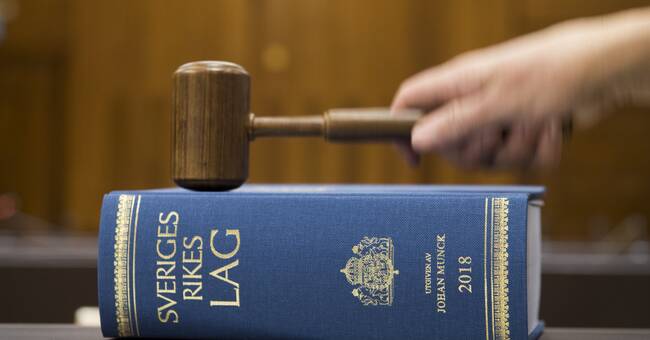