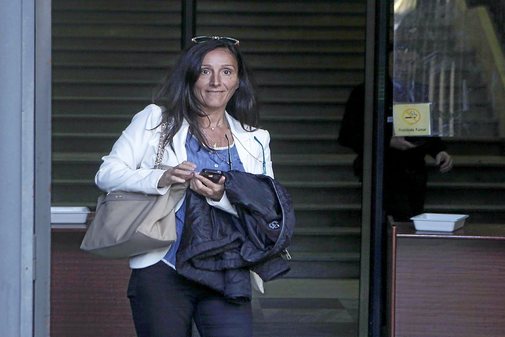 A delegation of the General Council of the Judiciary (CGPJ) has initiated an inspection Tuesday in the Court of Instruction 6 of Seville after the devastating complaint filed by the Anti-Corruption Prosecutor against the head of this judicial body, María Núñez Bolaños , for "paralyzing" three cases of corruption that affect the previous Andalusian governments of the PSOE, among them the ERE.

Sources of the CGJP and the TSJA have confirmed to EL MUNDO that the inspectors are on Tuesday in the judicial offices of Seville, but they have not been able to specify whether the visit will last more than one day. At the moment, the only thing that the CGPJ has opened on Judge Núñez is informative proceedings . Depending on how the inspection goes, the promoter of the disciplinary action could agree on the case file or, on the contrary, the opening of a disciplinary file against the magistrate, who is currently on leave.

The inspection in the court derives from the investigation opened by the CGPJ after the complaint lodged at the beginning of last July by the Chief Prosecutor of Anticorruption, Alejandro Luzón , who raised a complaint against Judge Núñez all the Anticorruption Prosecutors of Seville for their "obstacles and cuts" to investigations underway. The promoter of the disciplinary action of the CGPJ is Ricardo Conde, who has six months, since the proceedings are opened, to complete this investigation on Núñez.

The complaint addressed to the CGPJ details the "inactivity" investigator of Núñez, his "disregard" to the resolutions of the Audience of Seville, in addition to "obstacles" and "irregular behaviors", which lead the Anti-Corruption prosecutor to conclude that there is a "will to paralyze or slow down the progress of the proceedings " by the investigating judge.

In the 110 pages of the complaint, Anticorrupción says that the judge "shows passive or is limited to give a mere appearance of processing the proceedings" and that he is carrying out in the procedure of the ERE a "progressive emptying after agreeing the exclusion of the charges of the Board ".

For Anticorruption, this behavior of the magistrate could constitute a "serious or very serious" offense in relation to the instruction she is making on three cases of corruption.

The three issues that are in the crosshairs of the CGPJ are the EREs, the 'Avales case' and the 'Idea case' . The ERE case, which has sat on the bench to the former presidents of the Junta de Andalucía Manuel Chaves and José Antonio Griñán, along with a score of former Andalusian senior officials, deals with the uncontrolled and opaque distribution of 741 million euros that the Andalusian Government of the PSOE made between 2000 and 2010 in the form of socio-labor assistance to workers of companies in crisis.

It is waiting that in the next weeks the judgment of the main piece of the ERE can be known, in which Chaves and Griñán have been tried in the Audience of Seville. However, Judge Núñez continues to instruct dozens of pieces torn from this macrocause of corruption, relative to the individual aids that each of the companies or municipalities benefited from the 'reptile fund' received.

Just last week, the magistrate who is replacing Núñez Bolaños sent a broken piece of the ERE macrocause to trial on a ghost equestrian center that the holder of the Court of Instruction 6 filed a year and three months ago, but that the Hearing He ordered him to reopen, seeing clear criminal evidence. Among those charged in this case there are two former mayors of the PSOE of the Sevillian municipality of Los Palacios who will finally have to sit on the bench of the accused.

The 'Guarantees' and' IDEA 'cases analyze the activity of the IDEA Agency of the Junta de Andalucía to determine if it allegedly used irregularly the financing transfers that came from other councils and if it also granted guarantees to companies benefited by the' reptile background '. IDEA is the payment box of the ERE.

Politics Susana Díaz, Chaves and Griñán will have to go through the commission of investigation of the Faffe News/Politics 2020-07-01T18:17:04.923Z
Susana Díaz orders the file for the Cartaya case to be opened and removes the spokesperson and alleged perpetrator of the bribe