“Abu Dhabi has great expectations from the visit”: what will the President of Russia and the UAE Crown Prince talk about

Russian President Vladimir Putin arrives on a state visit to the UAE, where he will meet with Crown Prince Abu Dhabi Muhammad bin Zayed Al Nahyan. The Kremlin’s press service said it’s planning to discuss bilateral cooperation, as well as pressing international issues. According to experts, during the negotiations, the parties will primarily focus on economic and technical cooperation - Abu Dhabi has long been interested in Russian weapons, aviation and automotive products. 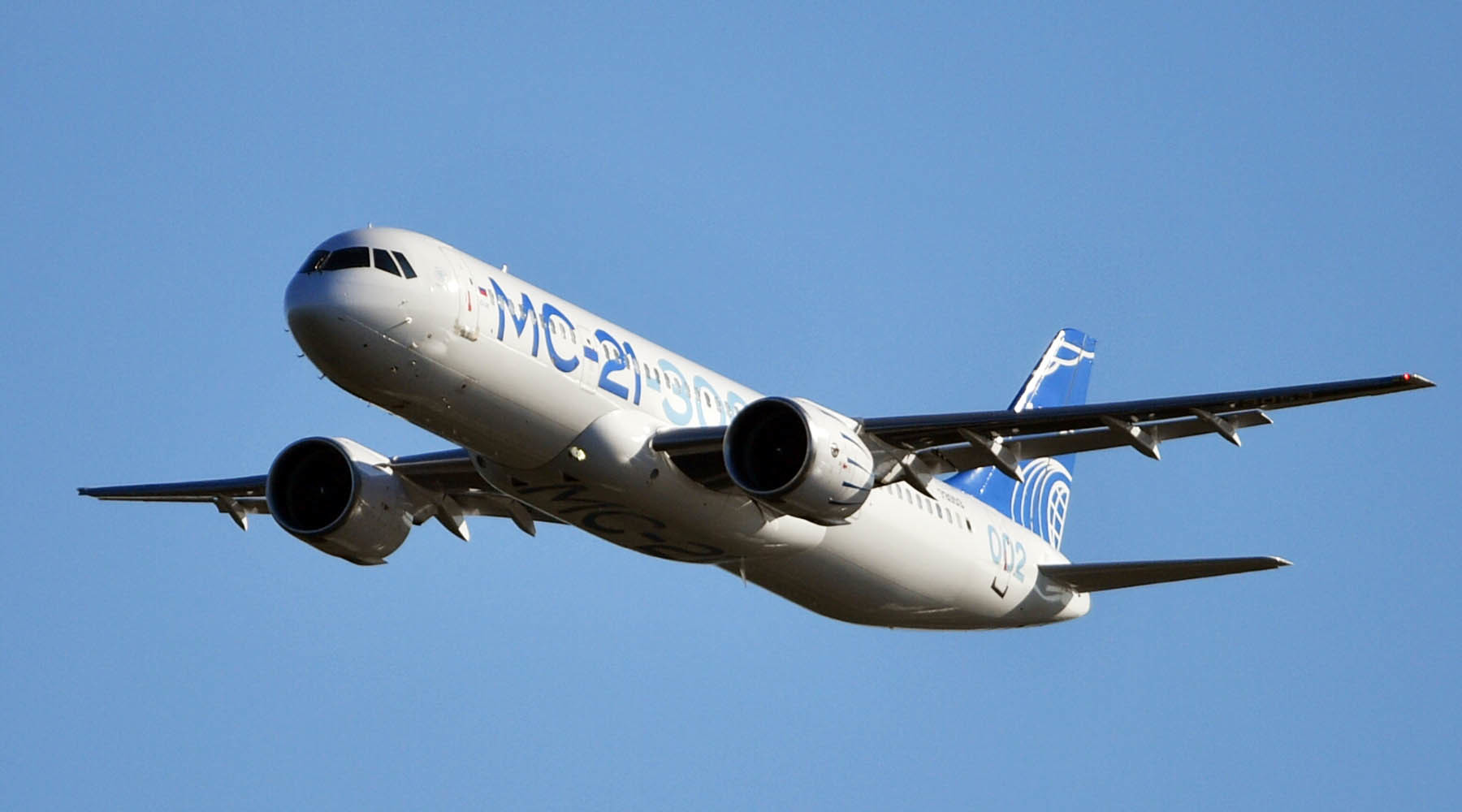 Vladimir Putin arrives in the UAE on a state visit on October 15, during which he will meet with the Crown Prince of Abu Dhabi, Deputy Supreme Commander-in-Chief of the Armed Forces of the United Arab Emirates, Mohammed bin Zayed Al Nahyan.

As the Kremlin’s press service reported on the eve, the parties plan to discuss “issues of further building up bilateral cooperation in the trade, economic and investment spheres”. A “thorough exchange of views on pressing international and regional issues” is also planned.

In addition, a meeting is planned with representatives of the business community of the UAE and Russia.

For the first time, Vladimir Putin made a working trip to the UAE in 2007. Today’s visit is part of a big Middle East tour of the Russian leader who visited Saudi Arabia the day before.

According to the media of the United Arab Emirates, as a result of negotiations, the parties intend to sign about 15 agreements affecting cooperation in various fields.

In turn, experts believe that the meeting will primarily raise topics related to strengthening economic ties between Russia and the UAE.

“This concerns the increase in trade turnover, including in the framework of product cooperation, as well as in the field of industrial production. Today, there is rather close cooperation between Moscow and Abu Dhabi in the industrial sector: Aurus is a Russian automobile company, in which Emirate investors acquired a stake, ”Yevgeny Golotsan, deputy chairman of the Commission on Foreign Economic Cooperation with the UAE of the RF CCI, explained in a conversation with RT.

Last year, Russia and the UAE signed a strategic partnership declaration, which covers a number of areas - from economics to culture and politics. Then the parties agreed to increase the supply of agricultural products and mutual investments in the agricultural sector. In addition, plans were developed to coordinate action on the global aluminum market. Recall: the UAE is among the world leaders in the production of this metal, while Russia is in second place. In addition, both countries are among the leading exporters of hydrocarbons, Moscow and the UAE intend to develop cooperation in this area.

Both states consider cooperation in the sphere of industrial production to be equally promising. As the head of the Russian Ministry of Industry and Trade Denis Manturov said on the eve of Vladimir Putin’s current visit, Moscow is counting on joint projects with the UAE in transport engineering.

“We suggest that the Emirate’s partners pay attention to a wide range of Russian helicopter technology, especially since you are shareholders of Russian Helicopters,” the minister said.

In addition, as Manturov said, partners from the UAE have already shown interest in the construction of the Sapsan passenger catamaran, previously developed by the Krylov State Scientific Center.

In the future, another major area of ​​cooperation may be the supply of Russian-made passenger aircraft to the Emirate airlines - the Sukhoi Superjet 100 short-haul aircraft, the MC-21 medium-haul airliner and the Be-200 amphibious aircraft.

In anticipation of a tour of the Gulf countries, Vladimir Putin spoke with RT Arabic, Al Arabiya and Sky News Arabia. The Russian leader told reporters that he considers the United Arab Emirates as one of its close and promising partners, with whom turnover reached $ 1.7 billion a year, which is the highest among all the Gulf states. At the same time, according to Putin, countries are striving to further increase mutual trade.

Another significant area of ​​bilateral cooperation is tourism. Since 2017, the UAE introduced visa exemptions for Russian citizens. Upon arrival in the Emirates, Russian tourists automatically receive a free visa. Thanks to this innovation, the tourist flow from Russia to the United Arab Emirates has grown from 600 thousand to 1 million people a year.

It is also worth noting that the Persian Gulf countries are the largest importers of weapons, and this market attracts all major suppliers of defense products, including Russia.

In 2017, Russia and the UAE signed an agreement on industrial cooperation in the defense industry. As Denis Manturov noted, the Emirates became interested in the possible purchase of Russian Su-35 aircraft. The parties also agreed on joint work on the fifth-generation fighter project. According to the head of Rostec state corporation Sergey Chemezov, it was a project based on the Russian MiG-29 fighter.

In addition, the UAE signed a contract for the purchase of Russian anti-tank missiles worth over $ 700 million.

“If Russia used to be somewhat aloof from this process, now the Emirates has turned in its direction and paid attention to Russian developments, technologies and industry,” said Yevgeny Golotsan.

"Russia is playing an increasing role"

Analysts are sure that Vladimir Putin and Muhammad bin Zayed Al Nahyan will not ignore current issues of the regional political agenda.

The most pressing topics for the Gulf countries in recent months have been a series of attacks on fuel tankers, as well as shelling of oil enterprises in Saudi Arabia, after which the country's oil production level fell almost twice - from 9.8 million to 5.7 million barrels per day.

Another likely area of ​​discussion is the situation in Yemen: the UAE is part of a military coalition led by Saudi Arabia, which has been fighting the Hussite rebels for the past few years.

“Although the political agenda may vary depending on the current situation, in general, we can say that in recent years, Russia has played an increasingly important role in the Middle East and, accordingly, has gained confidence among its Middle Eastern partners, including the UAE,” says Eugene Golotsan.

In his opinion, Russia partly considers the UAE as a "guide" to the market of the Middle East, including North Africa.

As Dmitry Abzalov, president of the Center for Strategic Communications, explained in a RT commentary, the UAE’s presence in the SA coalition, as well as its participation in the Syrian agenda, makes Abu Dhabi a serious regional player. Therefore, from Abzalov’s point of view, during the visit, issues related to the situation in the Persian Gulf, in Syria, the Turkish military operation “Source of Peace” can be raised and worked out, defense, security of territories and migration problems will be discussed.

In turn, MSU professor and Middle East expert Alexander Vavilov believes that now both Saudi Arabia and the UAE are looking for new partners to diversify their foreign policy and foreign economic relations, oriented primarily to the United States.

“Relations between Russia and the Persian Gulf states are on the rise, as the latter have been convinced from their own experience that it is quite difficult to navigate the Americans. The UAE leadership has already realized that the purchase of weapons, civil contracts with Russia in some cases benefit in terms of benefits over cooperation with the United States, ”Vavilov said in an interview with RT.

The UAE plays an active role in the Middle East political arena, so the parties will discuss all the political and military events that have occurred recently in the region, Alexander Vavilov believes.

“The UAE authorities have high expectations from the visit of Vladimir Putin, above all, Abu Dhabi intends to diversify its foreign policy relations,” the expert summed up. 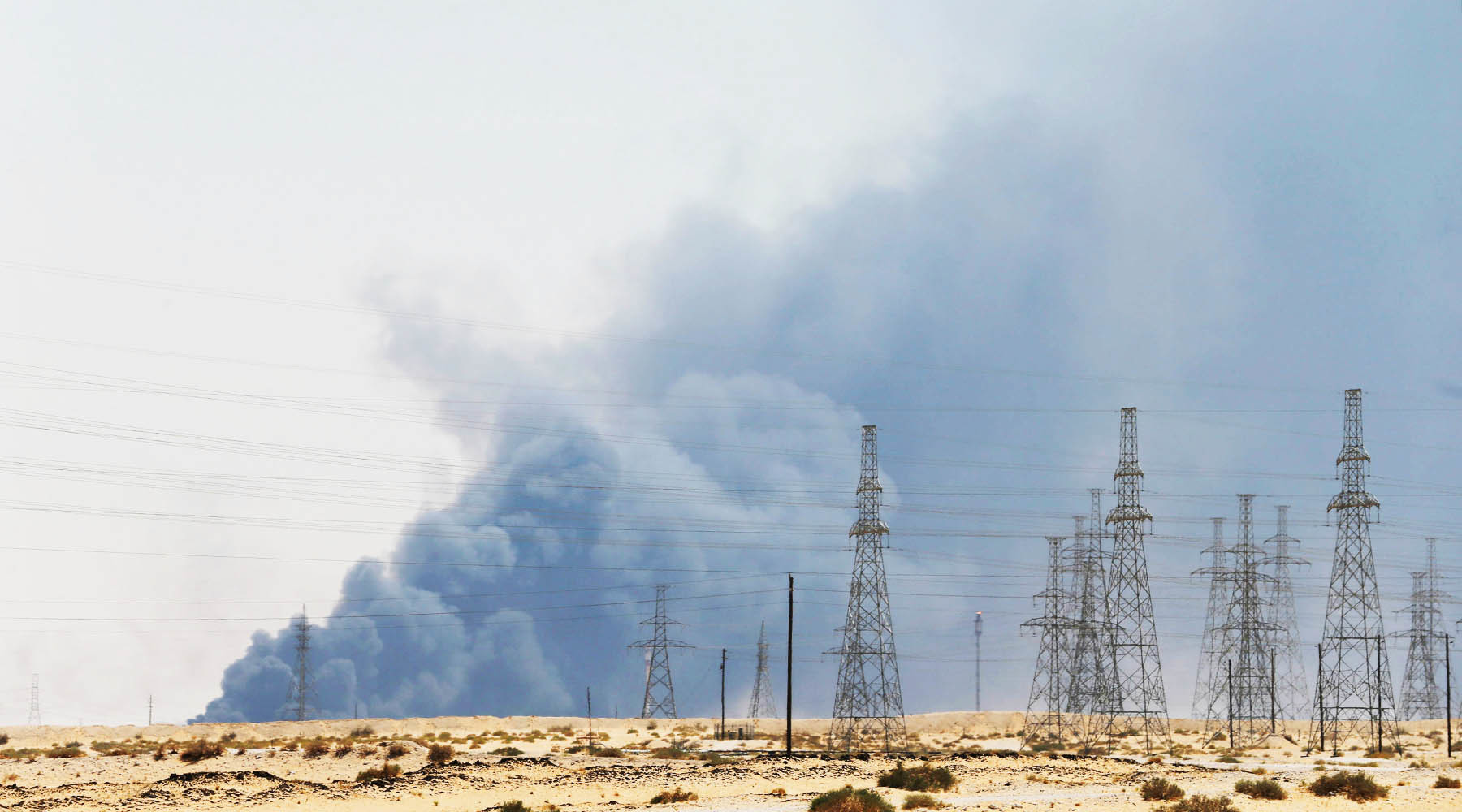 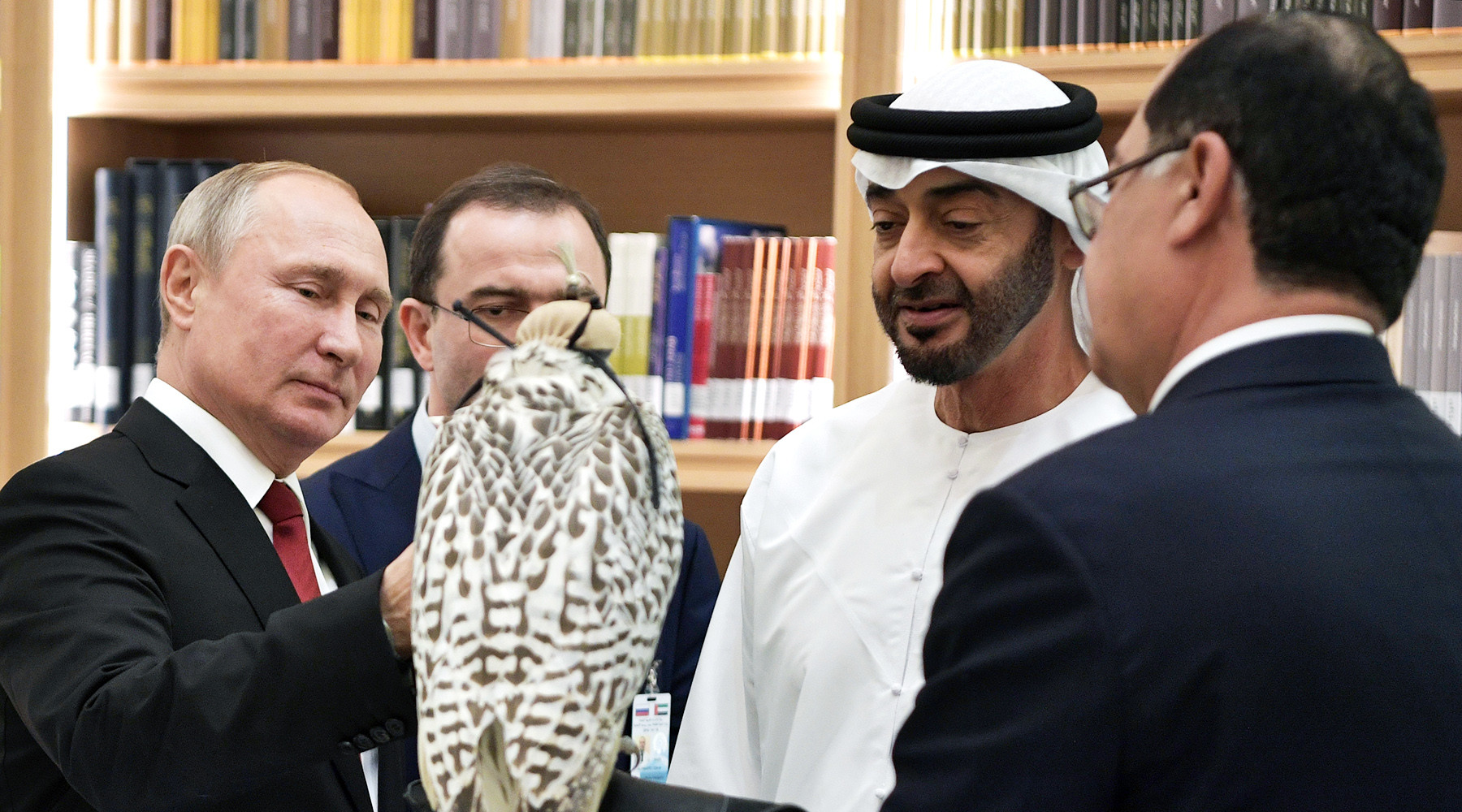 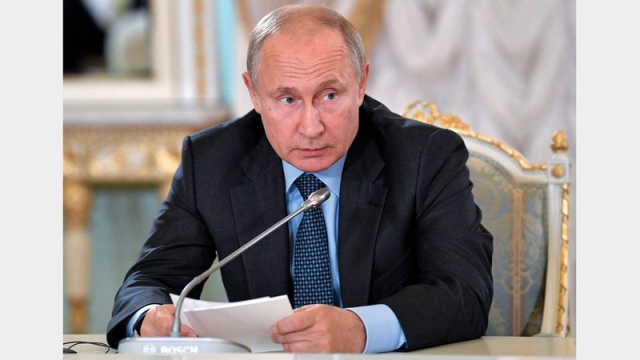 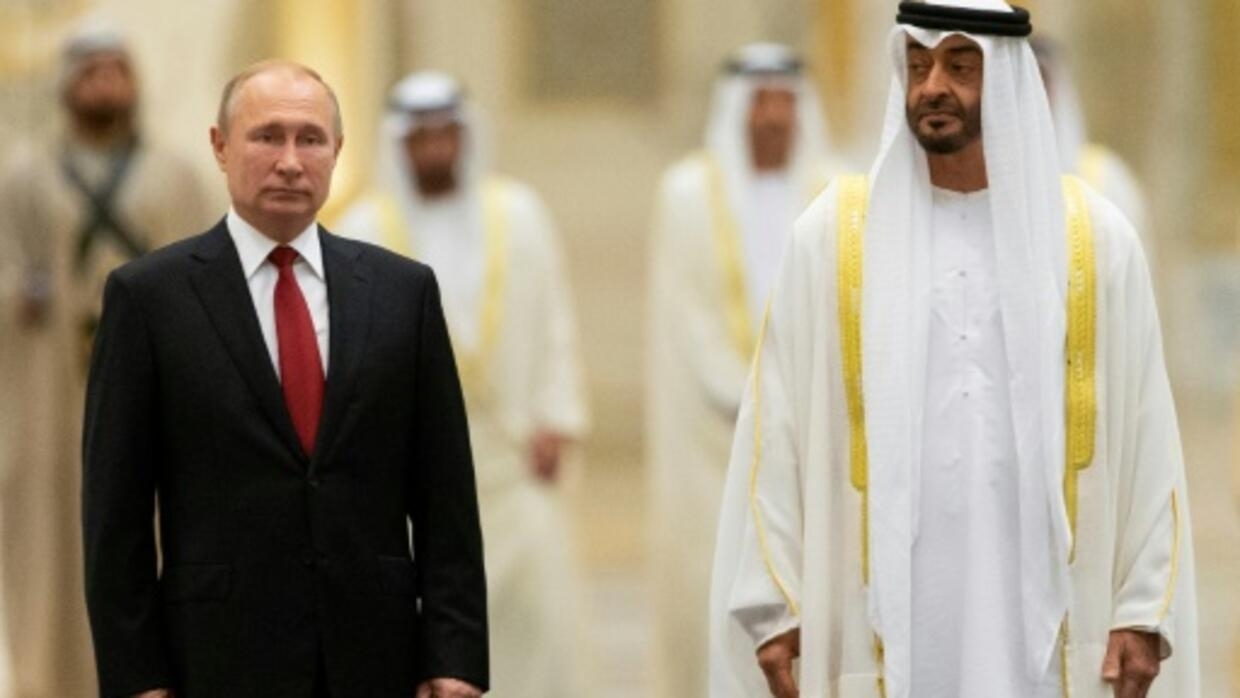 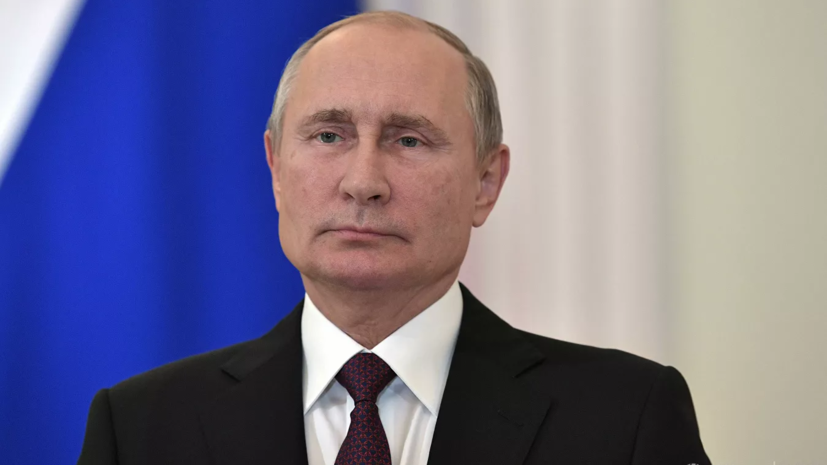