This weekend, for the first time, an SM for North Swedish farm horse was organized. The organizer was Kil's horse center and for the Värmlandi equipages things went really well. It is now hoped that interest in precisely Swedes will increase. - There are quite a few Northern Swedish horses in Sweden today, around 250 horses are born somewhere and we hope we can increase significantly in the future, says competition leader Jonas Nordlund. 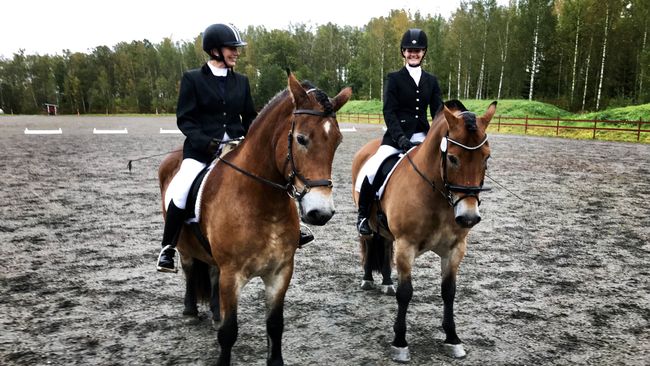 World Cup-merited cousin Karin Söderkvist from Lindfors and her horse Lukas won in both precision driving and dressage. In normal cases, they compete in sports driving.

- It's nice that it's over, it's getting tough to get out of bed. But the horse has done very well, says Karin Söderqvist.

The celebrity horse Turbo with Hanna Lundberg from Karlstad in the saddle also competed, but only in the dressage where they came second.

Want to preserve the breed

This is the first time ever that the Northern Swedish farm horses can compete in their own Swedish championship. It is necessary to lift interest in what is basically an old Swedish horse breed, says Jonas Nordlund

- It is really an endangered breed and we want to preserve it and then there is a need for more people who want to breed on them and have them at home, he says.

The North Swede can do more than just haul logs in the woods and harrow in the field.

- It's very calm and nice horses that are used to staying in different environments. A very good horse for a common man.

Both riders and organizers are happy with the competitions and hope for a continuation next year.

- There has been great interest. There have been a lot of nice equipages that can definitely go again next year, says Hanna Lundberg.

In the clip above you meet Lukas and Turbo - Sweden's newly-created Northern Swedish medalists.