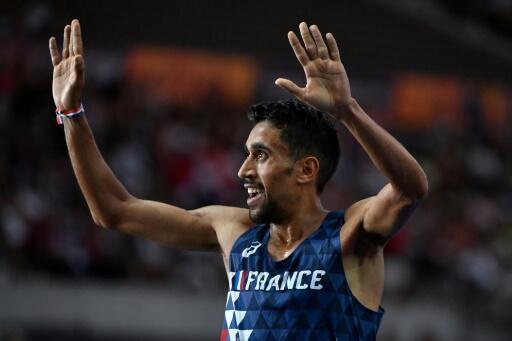 European champion Morhad Amdouni will not compete in the marathon at the Doha World Championships in Athletics (September 27 - October 6), the French athlete announced Friday on his Instagram account.

"It is with heavy heart that I announce my package to marathon world championships in Qatar.The race against the clock between care and training was a half-success: I'm no longer injured ... but I am not ready, "writes Amdouni (31).

"To start and not be 100% makes no sense in a marathon where conditions are going to be extreme," he adds, while the start of the marathon is scheduled for October 5 at 23:59 (22:59 French) to counter the heat of Qatar (about 38 degrees the day and 30 degrees at night right now).

After being crowned European Champion of the 10,000m in addition to a 3rd place on 5,000m last summer in Berlin, Amdouni had caused a sensation on April 14th by finishing 8th of his first marathon in Paris in 2 hours 9 min and 14 sec, the best French time in six years.