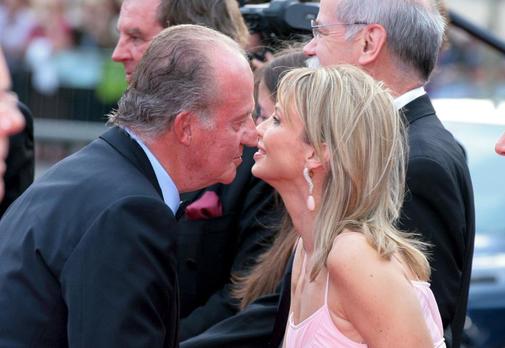 Corinna zu Sayn-Wittgenstein said on Thursday that he does not want to become the "scapegoat" of the investigation into the alleged commissions that would have been paid for the adjudication of the AVE works from Medina to Mecca. The Anti-Corruption Prosecutor's Office has interrogated the close friend of King Emeritus in London, where he resides.

The Public Ministry had been trying for months to Corinna explain the content of the conversation he had in 2015, in London, with the commissioner retired in prison José Manuel Villarejo and the financier Juan Villalonga about the railway work. In it, Corinna made references to these commissions, implying that a party would have gone to Don Juan Carlos.

After the statement, Corinna's lawyer has assured that, although she "did not have any participation in the AVE agreement", she has been delighted to report "the limited facts" of which she has some knowledge. This is what "third parties" would have told you about the works of the AVE. "However, we must make it clear that any subsequent attempt by people in Spain who seek to use it as a scapegoat to downplay their own wrongdoing will face a quick legal response," adds the statement from lawyer Robin Rathmell.

In the brief statement, the lawyer adds that it is "obvious" that a full investigation of the case "must go well beyond the few facts she knows" and recalls that the allegations about the "business" of the King have been published for some time "decades."

Although the cause that affected the King emeritus was filed in the National Court - due to the weakness of the data and because Don Juan Carlos was legally inviolable in those years -, the Prosecutor's Office did open an investigation into the works of the AVE for alleged crimes of corruption in international economic transactions and bribery offenses, which could be committed by Spanish and foreign citizens outside Spain. Within that investigation, the interrogation of Corinna zu Sayn-Wittgenstein has taken place.

CourtsThe two partners of Commissioner Villarejo in the 'jet set' News/Politics 2020-06-08T10:00:59.522Z
The Prosecutor's Office of the Supreme Court assumes the investigation of the AVE commissions to Mecca that affects Juan Carlos I News/Politics 2020-06-15T16:11:28.814Z
The lawyers of the Congress refuse to investigate the businesses of Juan Carlos I: "Inviolability is permanent"