Amazon: an emergency summit without Bolsonaro amid disagreements

The fires ravaging the Amazon are the subject of an emergency summit in the city of Leticia in Colombia. It will bring together six Latin American countries, including Colombia, Brazil, Peru, and Ecuador. Jair Bolsonaro will be represented by his minister ...

The fires ravaging the Amazon are the subject of an emergency summit in the city of Leticia in Colombia. It will bring together six Latin American countries, including Colombia, Brazil, Peru, and Ecuador. Jair Bolsonaro will be represented by Foreign Minister Ernesto Araujo. The Brazilian head of state can not travel for medical reasons.

With our correspondent in Bogota , Marie Eve Detoeuf

The big Amazonian summit almost turned to the big mess. First incident: the President of Colombia, Ivan Duque, first announced that the meeting would be an opportunity to sign a major Amazon cooperation treaty. Such a treaty has existed since 1978. Duque now says that the text must be perfected.

Second concern: President Bolsonaro, citing rather unconvincing medical reasons, announced that he would not come. An Amazonian summit without Brazil obviously loses its interest. A local journalist joked, " It's like a football World Cup without Brazil ." The presence of the Bolivian Evo Morales was still unconfirmed three days ago and Nicolas Maduro's Venezuela, described as a dictatorship, was not invited.

For ecologists, the defense of the Amazon is a bigger issue than these political quarrels. Ivan Duque who wanted to take advantage of the Amazonian crisis to land as a continental leader had reason to fear a fiasco, there are still 24 hours. It should be remembered that the majority (60%) of the Amazonian forest is in Brazil, the rest being divided between Colombia, Bolivia, Ecuador, Guyana, Peru, Surinam, Venezuela and French Guiana.

But everything seems to be working out diplomatically. The show is ready. Jaïr Bolsonaro will be present by video conference. It remains to be seen, of course, whether the Latin American presidents will make substantive decisions.

Canceling @CarlosHolmesTru sober the #CumbrePorLaAmazonía that is llevará a cabo este viernes in Leticia: pic.twitter.com/JcyTHGNxrr

An aerial view of a forest fire in the Amazon near Robore, Bolivia, August 25, 2019. REUTERS / David Mercado

Amazon: an emergency summit without Bolsonaro amid disagreements

Amazon: a pact signed at the emergency summit, but few concrete measures 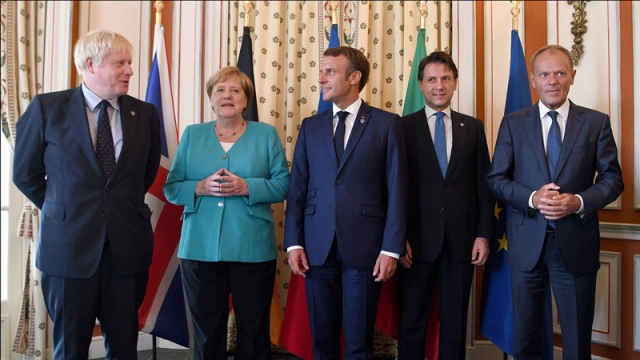 The lungs of the world are burning .. 2500 new fire Amazon and politics on the line of crisis

Fires in the Amazon: Bolsonaro castigates "a colonialist mentality" at Macron