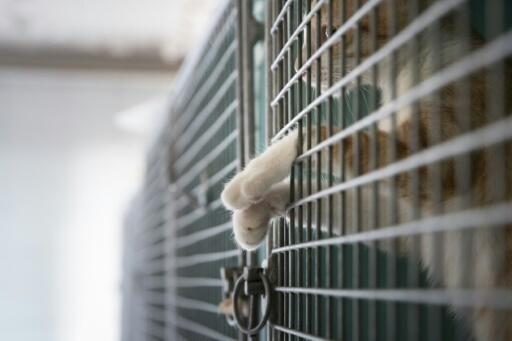 The cat was captured after five hours of search because he escaped into the sewers when a guard at La Reforma prison in San Rafael de Alajuela, near the capital San José, spotted him.

"It was very difficult for us because he had slipped into the sewers", "so it took a long time," Pablo Bertozzi, director of prison security, told reporters.

When the animal finally came out and the prison officers captured it, the cat carried on his back a bag containing two cell phones, a charger and smart cards.

The discovery took place as authorities in Costa Rica worry about the presence in the prisons of cell phones used to carry out phone scams.

Criminal groups regularly use animals to send messages to detainees. In 2015, a pigeon with drugs tied to his paws was intercepted when he arrived at La Reforma prison.