Is that ok? At the Museum | NHK News

Exhibition at museums and museums. There is an image of banning photography, but it seems that the trend is changing now in the SNS era.

“You can shoot your work on your smartphone.”
Such art museums and museums are prominent.
But was it OK to shoot museums and art galleries in the first place?
"I'm happy because I can upload to SNS"
"Annoying people stop and increase"
While various voices were raised, we covered the trend of photography at the “Museum”.
(Reporter from the network reporter, Daichi Takahashi / Tatsuki Nori)

Full of people with cameras

“All the works in the venue OK”
Such a sign stands at the Tokyo National Museum in Ueno, Tokyo.
This is a special exhibition “Sangokushi”.

Relics excavated from the ruins of the “Sangokushi” era and popular drawings of Mitsuteru Yokoyama's popular manga are on display every day for parents and children and Sangokushi fans.

If you look around the venue, you can see people taking pictures of smartphones and single-lens reflex cameras here and there.
This special exhibition is because all the exhibited works are “photographing OK”.
(However, use of flash, tripod, etc. is prohibited, video display is not allowed)

Some people visit the statue without a break and put it in the camera or take a commemorative photo together.

Talk to the person who was filming ...

“I knew at the venue that I could take a photo, so I came back with a camera in a locker.

“I'm glad that this is the first time that I can shoot a single piece of pinpoint at the special exhibition.

Is photography OK in the first place?

Museums and art galleries have the image that you can't take photos of your work, but is it OK now?

I talked to one of the organizers of the special exhibition, Mr. Satoshi Hasegawa, the Public Relations Office of the Tokyo National Museum.

“This time, many of the exhibits are borrowed from Chinese museums and research institutes, but permission has been granted by the owners of the collection. The same applies to manga originals and puppet theater dolls. By taking photos, I hoped that the world of Sangokushi and the culture of China would be enjoyed, and that the appeal of it would be expanded through SNS, etc. ”(Mr. Hasegawa)

So when has this kind of photography been possible?

“At the Tokyo National Museum, photography was not prohibited for permanent collections, but it was clearly stated that it could only be taken for personal use when the main building was renewed in 2004.” (Mr. Hasegawa)

Permanent exhibitions displaying museum collections were not prohibited in the first place. What about the special exhibition?

What are museums throughout the country?

On the other hand, even if it is a permanent exhibition, I feel that there are many places where photography is not possible.

I checked about 20 major national and large facilities such as museums and museums nationwide.

There are 5 other places such as OK in some places or different depending on the exhibition.

It is interesting to see that the correspondence is divided among national facilities, and in the case of filming NG, "For protection of works, protection of the rights of the owner, preservation of the viewing environment", "Because it may interfere with the viewing of others" It is cited as a reason.

However, there seems to be some places that are inevitably “NG”.

In the Ohara Museum of Art in Kurashiki City, Okayama Prefecture, it has been said that it was once allowed to shoot in the hall.

However, the “commemorative photo session” was held in front of popular works such as El Greco and Monet, and it was a nuisance to other customers.

The museum's website says, “If everyone who visits the museum cooperates in creating a better environment, our museum hopes to provide more and more services. “Thank you very much” message is introduced along with this background.

“It's not something that can be easily decided, but we decide by discussing what to do at each exhibition.”

Mr. Yuko Katata, a curator at the Yokohama Museum of Art, speaks so.

“Nude NUDE” is a special exhibition held last year by collecting works such as Rodin and Picasso from the British Museum at the Yokohama Museum of Art. I decided to allow filming of my work so that many young people would visit.

However, there were concerns that the passage might be crowded or it would be impossible to appreciate the work, so the exhibition space was wide and we decided to limit it to the most famous Rodin marble sculpture. .

Aware of the SNS transmission, we also held an event that invited so-called “Instagrammers”.

Various photos are posted on the SNS because it is possible to shoot works from various angles of 360 degrees.

Some of them seem to be enjoying themselves, such as “self-portrait” by imitating the sculpture of two women.

The Yokohama Museum of Art says “I felt that I enjoyed the exhibition more than I had imagined”, but it is not so simple whether I can continue to “shoot OK” in the future.

If you look at the voices that were sent to the questionnaire of the exhibition, there are various opinions about the shooting.

"If there are people shooting around, you can't calm down and see the work."

"Even if shooting is OK, I want you to divide the time zone to be implemented."

It seems that opinions are divided among museum officials, such as a symposium that discusses the pros and cons of accepting photography.

“On the other hand, being able to face the work in a quiet space is the value of a museum that cannot be felt through photographs and smartphone screens, and it is also important to protect it. I think it is necessary to consider whether or not

Art and SNS, how to be

Art and SNS are exactly compatible.

However, because of this era, there are also voices that want to cherish a quiet experience that directly touches the work.

The search for art appreciation will continue in the “SNS era”.

Is that ok? At the Museum | NHK News

“Is Mitsuhide Akechi a doctor?” Kumamoto Prefectural Museum of Art

I checked traffic jams. Is the Tokyo Olympics or Para OK? | NHK News 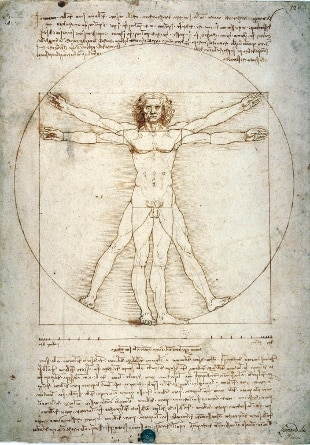 Leonardo, the Tar suspends the loan of the Vitruvian Man at the Louvre museum